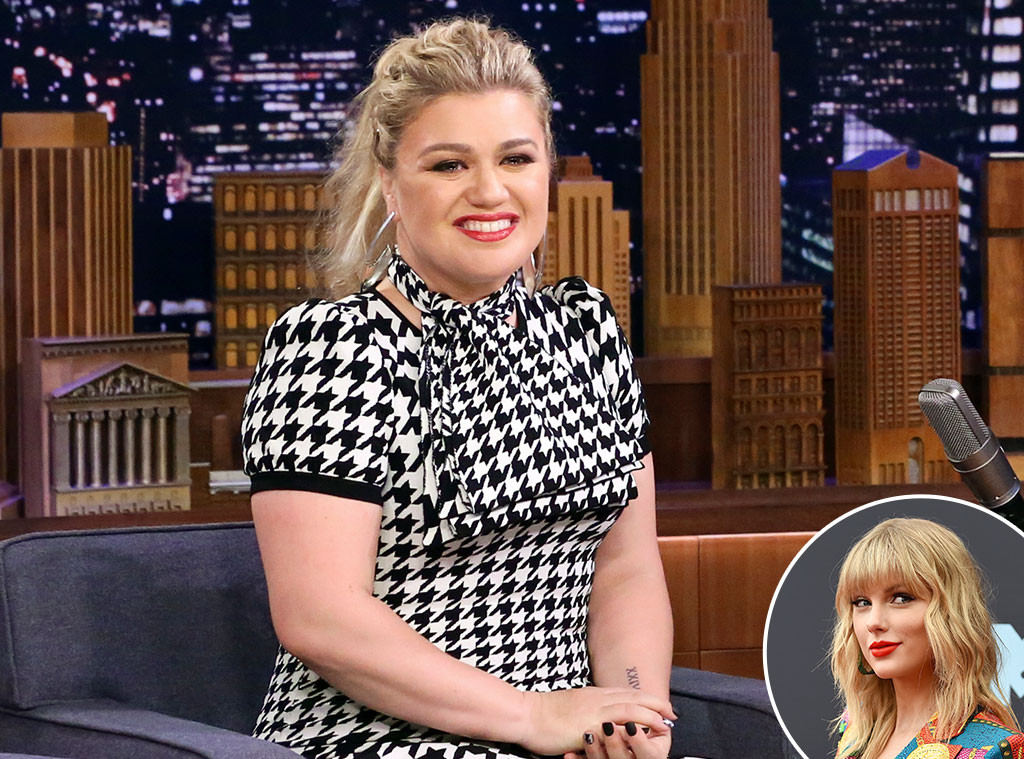 Kelly Clarkson gives credit where credit is due.

Back in July, when Taylor Swift revealed Scooter Braun had acquired her life’s work, the American Idol alum stepped up to offer some sage advice. “@taylorswift13 just a thought, U should go in & re-record all the songs that U don’t own the masters on exactly how U did them but put brand new art & some kind of incentive so fans will no longer buy the old versions,” she tweeted at the time. “I’d buy all of the new versions just to prove a point.”

But as it turns out, the Grammy winner didn’t come up with the idea on her own. Rather, she was inspired by her mother-in-law, Reba McEntire.

“I wasn’t really trying to defend or offend anyone,” Clarkson explained on Sunday’s The Tonight Show Starring Jimmy Fallon. “It was more like Reba told me she did that…She re-cut all her music and did the same musicians, same everything. That’s where I got the idea.”

While she isn’t particularly interested in fighting for her work, she understands the “ME!” singer’s desire to do so.

“She’s been writing since she was a little girl, right? So it’s kind of her diary,” she told host Jimmy Fallon. “I don’t really care about owning my own masters.  I’m just like, ‘Whatever, I’m going to sing until I’m dead. It’s fine. It will be fine. And then somebody can make money off of it. I don’t care.'”

“I write like half, you know, a little more than half my stuff and hers is 100 percent of it, so it’s hers,” she continued. “So I can see how it would matter.”

Regardless, she has T.Swift’s back through and through. “I stick up for everybody,” revealed The Voice coach. “Hopefully they’ll be there for me when I need it.”

Earlier this summer, Swift took to Tumblr to say she was “sad and grossed out” that Braun would soon own her entire music catalogue.

“For years I asked, pleaded for a chance to own my work,” she wrote. “I had to make the excruciating choice to leave behind my past. Music I wrote on my bedroom floor and videos I dreamed up and paid for from the money I earned playing in bars, then clubs, then arenas, then stadiums.”

Thankfully, she has since taken Clarkson’s advice. While promoting her seventh album Lover on Good Morning America, she confirmed she will be re-recording her work.

“It’s something that I’m very excited about doing because my contract says that starting November 2020, so next year, I can record albums one through five all over again, so I’m very excited about it,” she told Robin Roberts. “I just think that artists deserve to own their work. I just feel very passionately about that.”

Rihanna Paints It Clearly How She Really Feels About Trump