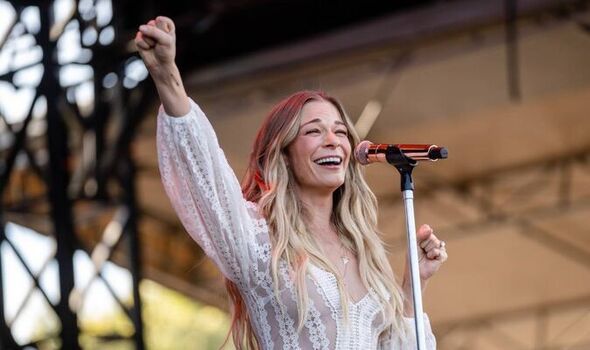 Well, we’ve all had nights like that. Very few people have lived a life like LeAnn’s, though.

A star at 13, she has won two Grammys, judged on RuPaul’s Drag Race, and her 1997 smash hit How Do I Live was the biggest-selling country single of all time – until her fan Taylor Swift topped it.

Now just 40, LeAnn also won the 2020 US series of The Masked Singer, duetted with Elton, and had a brutal Claymation battle with Wu Tung Clan’s Ol’ Dirty Bastard on MTV’s Celebrity Deathmatch.

The singer channels her inner ee cummings on her 17th studio album, doing away with capital letters on a title likely to perplex conservative Christians, although her message is spiritual throughout.

She’s also at her most musically diverse. Throw My Arms Around the World is percussive with an almost Middle Eastern vibe.

It’s a song about loneliness and the need for humanity to pull together, concluding, “The only way we’re gonna get there is if we hold each other’s hand”.

Other guests include Mickey Guyton, Sheila E and Robert Randolph whose guitar blazes on the powerful, soulful title track.

LeAnn’s warm contralto is still sensational, especially on opening ballad Spaceship, the tender How Much Can A Heart Hold, and the ecstatic Awakening which of course reflects on a spiritual one.

The album’s abiding message is hope, with tracks including Something Better’s Coming and There Will Be A Better Day.