Micky Dolenz and Mike Nesmith arrive for lunch, complaining of the cold. They've walked from their hotel and there's a bitter wind outside. Sitting down, they discuss the idea of a hot toddy, while Dolenz adjusts his hearing aid and ponders whether he should have soup to warm up. 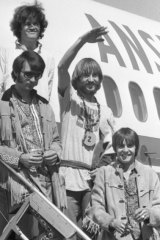 The Monkees in Melbourne during their 1968 tour.Credit:Fred Burke

Within minutes though, it's clear the two, both in their mid-70s, are more than the elderly gents they might at first seem. Introductions over, Nesmith – "call me Nez" – dives straight into the wine list.

"How do we feel about champagne?" he asks. Seems we all feel good about it, and a bottle of Louis Roederer appears.

This should warm them up, I proffer.

"And make us crazy," says Nez, proposing a toast to Melbourne, a city he declares one of his "top cities of the world". I'm sceptical, but he insists. "Top five!"

We're at Steer Dining Room, which specialises in high-quality steak.

"We love our, erm…" begins Dolenz, before Nez interjects with "hooch!".

"Meat," says Dolenz. "I did not fight my way to the top of the food chain to eat bushes."

A waitress talks us through the extensive steak menu, many of which come with a marble rating, calculated by the richness of the cow's diet.

Given Nez had quadruple bypass surgery just under a year ago, I wonder if he should exercise caution on the fatty meat front. 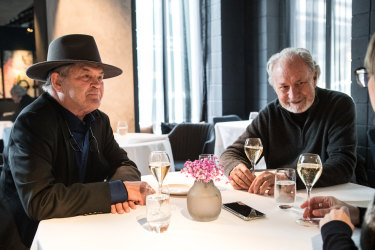 "Meh … I don't watch my diet but I have a good cardiologist, and I smoke a lot of dope," he says (in California, where they both live, marijuana is legal). "I couldn't be in any better shape."

A dry-aged porterhouse it is, then, "more rare than medium". "If you're going to take a really fabulous piece of meat, let's do it right."

Dolenz orders a leaner, butterflied cut, while I opt for pork belly with chili pineapple.

We order oysters for Nez and I – "I don't like anything that seems like it's chewing back," says Dolenz – and stir-fried greens. 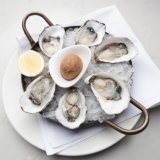 How much of their banter is pure performance is hard to gauge – they both have form when it comes to fibbing, most famously when Nez told reporters in the 60s the Monkees had outsold both the Beatles and the Stones, a 'fact' still regularly quoted today – but this has always been part of their charm. (For the record, they sold more than 75 million albums worldwide – and no, Charles Manson did not audition for the band, as Dolenz once told reporters.)

A couple of years ago Dolenz and Nesmith began touring as a duo (fellow Monkees Davy Jones died in 2011 and in February Peter Tork passed away), The Mike and Micky Show. The Monkees reformed many times over the years, although rarely with Nesmith as part of the line-up, ("I've always been the difficult one") so this configuration is entirely new.

"With Micky and me, it was love at first sight," says Nez. "We just clicked and we'd always be making silly jokes. We'd joke that one day we'd do the Mike and Micky Show – and here we are." 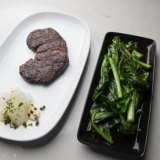 The new shows are as proper as Monkees shows can be, says Nez, without Jones and Tork. They tour with a 10-piece band, comprised of members of their own backing bands.

"We have a steel guitar player, so that puts a colour into it that none of the songs had," says Nez. "It's very … off-centre. But the Monkees tunes we render faithfully. We have to, we have a responsibility."

"It's not the sort of thing you can muck with. It's like mucking with someone's grandparents' wedding photos. You have to leave it alone – and if you do, people cry, including us!"

While they were dismissed at the time as "the pre-fab four", The Monkees achieved phenomenal chart success with their early songs, written by some of the biggest songwriters of the time, and the songs they later wrote themselves. Their musical legacy echoes through the decades; they've been covered or sampled by everyone from The Sex Pistols to U2 and rappers Run DMC. 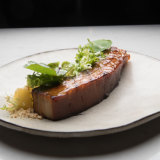 Neither will be drawn on their favourite Monkees song. While Dolenz concedes that touring is harder these days, Nez won't have it.

The backstage partying, though, has presumably changed since the 60s?

From here, they segue into party anecdotes from the '60s, when they lived in Laurel Canyon.

"Mick had some of the most famous parties in LA. It was the centre of a kind of cultural … moment, where the who's who of rock 'n roll would converge," he says. "Not only were the parties fun, the best dope in town, the most beautiful women in town, it was also great music. Well, I suppose it was great, we can't remember!"

And Nez, who says he was the "anti-social one", tended to drop in and out.

"I would come by for a minute, take a hit and leave," he says. "I was dour and you know, stand-offish. Just like I am now." 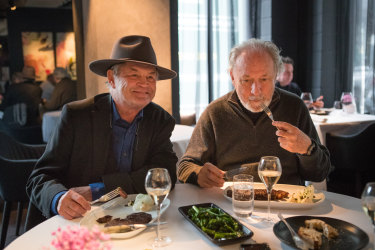 ‘Champagne is as rock and rolly as we get now,’ says Nez, right, with Micky Dolenz.Credit:Jason South

He was there, though, the time Dolenz tried to get a gyrocopter out of his garage.

"I built it in the basement that housed the parties, and when it was finished it wouldn't fit through the door," says Dolenz. "People would ask what I was doing and I'd say, slurring, 'I'm making a chopper – wanna drill a hole?' Which is fine if you're making a model of the Santa Maria, but when you're building an aircraft…"

At another party he'd been showing off his 1929 Bentley race car and forgot to put it in gear afterwards. "And I had a very steep driveway. We just watched it roll down the hill," he says. "God, it was a gorgeous car…"

Then there's the roll-call of famous guests – everyone form The Beatles to The Who, The Mamas and The Papas and Harry Nillson. 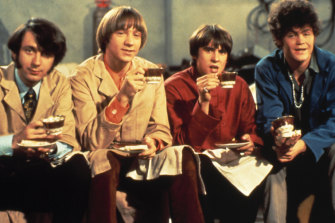 "In his drug-addled … imagination, Mick got a 16mm camera that he screwed to his chest and his eyes and walked around filming everything," says Nez. "I don't know whatever happened to that footage."

"Oh I've still got it," says Dolenz. "Everybody has asked for that footage…"

And I thought it was Peter Tork who had the good parties, famously hanging with Hendrix and David Crosby and Steven Stills.

"He had parties but they were … of another sort," Dolenz says, tantalisingly. 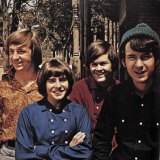 The Monkees during their teen idol years.

"You know, everybody's sitting around naked, and everybody was really into macrobiotics, way before the wholefood organic thing. They're sitting around smoking dope and snorting coke and saying, 'but we've got brown rice!'"

By the time we finish our meals – and a bottle of French white – conversation has ranged across songwriting, ("We did not have a clue – we'd just start singing, make eye contact and after we'd go 'that really sounds good'), the US President ("Don't make me say his name out loud," says Nez), 60s excesses ("They have a statue of me in Bogota Columbia," Dolenz says, "contributing to the gross national product of 1967"), cryptocurrency ("I think I'd prefer to just use salt and barter") and the extraordinary careers they both enjoyed in the post-Monkees years.

Dolenz, a seasoned child actor when he was cast in The Monkees, has toured with every reunion incarnation of the band since the 60s, but also worked as an actor in film and TV and musical theatre, as a voice-over artist in dozens of kids' cartoons, and a TV producer. 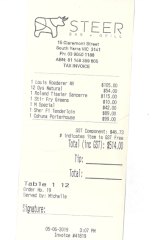 Nez performed with The First National Band, but he also effectively invented MTV; he made a promo video for his single Rio in 1976 and pitched the idea (which he called Popclips) to Warner Bros of a 24-hour channel playing music promo videos. Warner launched MTV in 1981, offering Nez the gig of production head, which he turned down (although he won the first Grammy for the first video clip in 1981), going on to manage his own home video distribution company and produce several films in the 80s, including the cult hit Repo Man. He also worked in philanthropy (that famous trivia question about his mum inventing Liquid Paper is true).

Nothing though, says Nez, was as amazing as their time in The Monkees.

"It's almost impossible to describe the magnitude of The Monkees – the sales, the concerts … they hit the motherlode," he says. "I feel like I fell into a tub of butter. There was no downside to it all. And now we find ourselves walking on the same stage and there's still a lot of joy and a lot of friendship. We found out we'd sell out these shows so we thought, let's do it – this could be our swansong.

"Although Nez has said that before," adds Dolenz. "A couple of times! I think we all have. But I've learned never to say never."

The Monkees Present The Mike and Micky Show is at The Palais, June 15.  ticketmaster.com.au

How Jimi Hendrix Got That Kazoo Sound on 'Crosstown Traffic'