The pandemic impacted both Luke Bryan’s health as well as his career. In April 2021, he was diagnosed with COVID-19 in the middle of filming “American Idol.” While he made a full recovery, it wasn’t the first time he had to deal with repercussions from the pandemic. Back in April 2020, his plans to release his seventh album, “Born Here Live Here Die Here,” were derailed by COVID-19, and the record didn’t drop until that August. It was worth the wait, however, as it debuted in the No. 1 spot on Billboard’s Top Country Albums chart, per Billboard, marking the country crooner’s sixth consecutive No. 1.

Fast-forward to April 2021 when, despite receiving a positive test result, Bryan decided to keep riding the record’s wave of success by releasing a deluxe edition featuring six new tracks. Bryan said to K Country 93.7 that it was all about getting as much music as possible to his fans. “When I look at some of these songs that I’ve written [other than the 10 on the original release], I wrote ’em and they’re on my brain now, and it’s like, I don’t want to sit on ’em and hold ’em for a new project,” he said. “I’ve got the songs that I love. I got the songs that I’m proud of that tell the story of where I’m at right now, and there’s no need for fans not to hear ’em right now.”

What was the inspiration behind "Waves"? 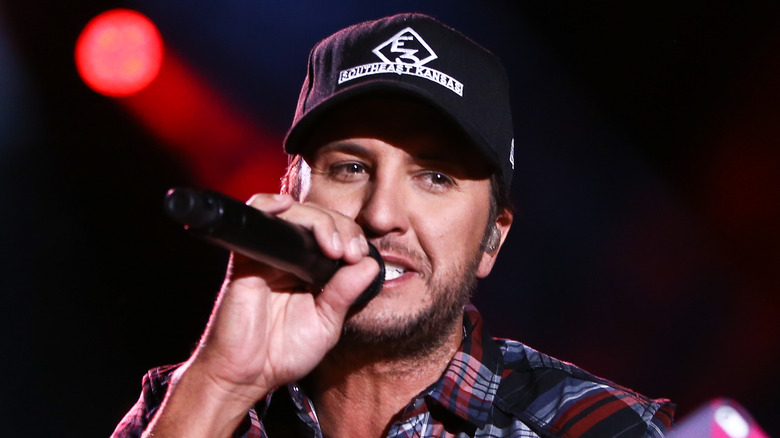 Among the new songs featured on the deluxe edition of “Born Here Live Here Die Here” was the single “Waves,” which became an instant summer hit when it was released as a single in April 2021. It’s something the Georgia native predicted would happen, telling People in February that the track “is something that I really think has the potential to be a big, big summer hit.” And despite not being able to fully promote the single because he was in quarantine, it became the most added song to country radio in its debut week, per UMG Nashville.

Opening up about the inspiration behind “Waves,” which was co-written by Zach Crowell, Ryan Hurd, and Chase McGill, Bryan said in an official press release issued by his label, UMG Nashville, that it’s “a song about kids falling in love during the summer and just all the images and everything about just how beautiful that summer love is and how the emotions just keep coming in waves.” Noting that he “gravitated toward the song the moment he heard it,” Bryan elaborated, “‘Waves’ is kind of a play on words, and I feel in love with the song the second I heard it.”

With lines about the “July sky” and plenty of ocean-related imagery, that message definitely comes across in the catchy track.

Placido Domingo: 'I Accept Full Responsibility for My Actions'

This man successfully asked out his neighbor via drone during quarantine: 'I was just attracted to her energy'