The buzz-worthy duo that makes up Twenty One Pilots found success, thanks to a sizable catalog of songs that have been released in various collections, including their sixth studio album, “Scaled and Icy,” which came out on May 21. However, just days before, on May 18, fans of the band were surely thrilled — and more than just a little ready to add a new song to their playlists — when the band released the third single from the album.

Despite the fact that the 18th was a Tuesday, the new tune was deemed “Saturday.” Written by Twenty One Pilots’ Tyler Joseph, along with the help of Grammy-winning producer Greg Kurstin, according to Genius, the single might sound just as peppy as it does poppy — along with the signature Twenty One Pilots touch, of course. However, the meaning behind the tune goes much deeper than you might have expected.

Read on to find out what Joseph was trying to say with this song, what he’s said about the oh-so honest lyrics, as well as who he happened to be talking about in the tune.

Tyler Joseph sings about something he learned while on tour 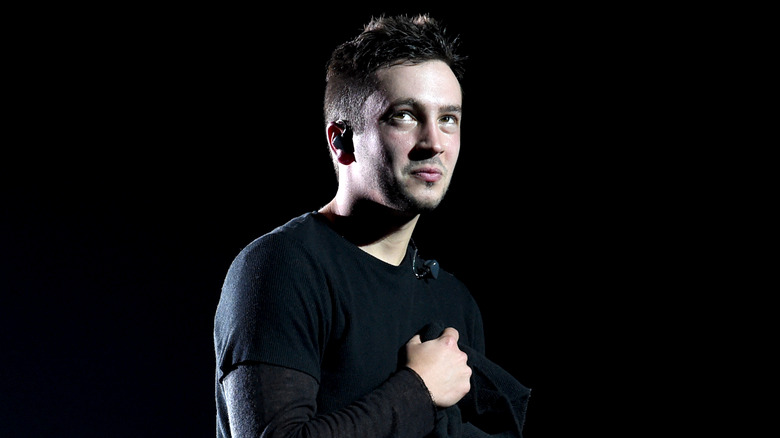 When Tyler Joseph delivers the chorus of “Saturday,” he tells listeners, “Slow down on Monday / Not a sound on Wednesday, yeah / Might get loud (Ayy) on Friday / But on Saturday, Saturday, Saturday / We paint the town.” If that sounds like a fairly manageable week, then listen again, because Joseph is actually describing how he lost his way in a certain sense while on the road.

“When you strip away what day of the week it is, you lose your rhythm. You lose your sense of what is up and what is down,” Joseph explained, according to Apple Music. The star went on to note that it was “a lesson” both he and drummer Josh Dun “learned pretty quickly on tour.” He pointed out that it’s “because a Friday night and a Monday night could feel the exact same, whether or not [they] had a show.”

Although Joseph and Dun may have experienced this kind of situation while on tour, the singer also noted that it’s something that many of his fans have actually experienced in their own way for a very different reason.

This Twenty One Pilots song includes a relatable theme 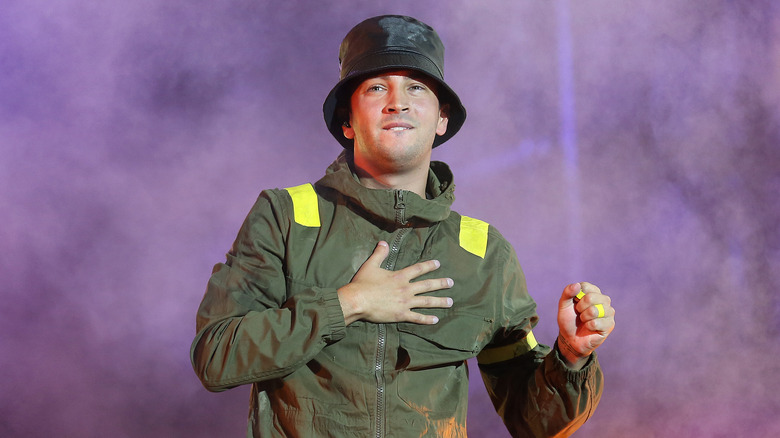 “Catch me floatin’ circles in my fishbowl / Keep things fresh / She said that I should change my clothes / I exaggerate the life we used to know,” Tyler Joseph sings in “Saturday,” per Genius. If that has a familiar vibe, it may be because Joseph is describing something that most of us have come to understand due to something we’ve all been through together. Because of lockdowns related to the coronavirus, many people were off from work or working from home. This disruption in their routine threw people off.

According to Apple Music, Joseph noted that this was when “everyone was starting to learn that same lesson [that he had on tour], where the days of the week lose their meaning, and it was messing with people’s reference of time. You feel like you’re swirling and your feet aren’t planted.” Frankly, the situation was so serious for Joseph that he was worried about what it would mean for his marriage.

“Lose my sense a time or two / Weeks feel like days / Medicate in the afternoon / And I just want to know; / Have you lost your footing, too? / I just pray that I’m not losing you,” Joseph sings in the chorus. He confirmed that he was referring to his wife Jenna, saying, “The song is really, I’m talking to my wife, hoping that she sticks with me, even though I’m working through this, even though I’m kind of tumbling into nothingness.”