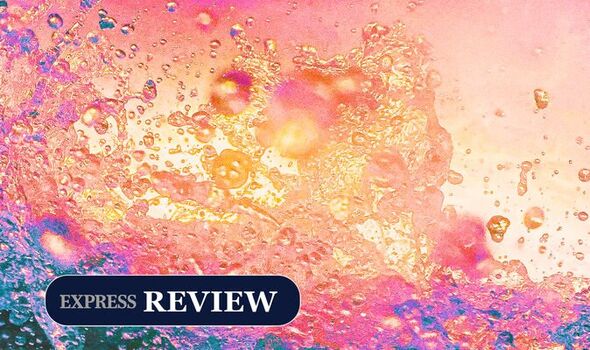 Over the past few years, The Hunna have exploded in popularity. Just earlier this month they sold out their UK tour within minutes, and that was before their new album even hit streaming services. Somehow, I feel like they’re going to become even bigger in the coming months after their latest corker drops.

The Hunna’s self-titled fourth album is the perfect way for the Watford trio to show off just how powerful and versatile they are.

The opening trilogy of tracks – The Storm, Trash and Fugazi – delves into the more brutal corners of punk that edge towards Nirvana and some of the beefier Foo Fighters hits, with a glorious level production that permeates every inch of the record.

However thrilling these aggressive and fast-paced sounds hit, the band definitely have something to say. Trash and You Can’t Sit With Us are pointed soliloquies aimed directly at the music industry. From busy-body businessmen obsessed with TikTok metrics to snobby famous rockers, The Hunna aren’t worried about pi**ing people off with their opinions.

Fugazi slams in to demonstrate just how much the band are past caring. It’s a gorgeous, beer-swilling rant concerning girls, partying, and losing your inhibitions – but it isn’t without its depth. Opening lines allude to the band’s most recent struggles with their former label (“I think it’s time we got to play / We’re breaking outta this cage”). This isn’t a single instance, either. Pieces of self-titled’s lyrics feel like daily affirmations; assurances that they have permission to enjoy being in a rock band.

And that isn’t the only profound insight The Hunna delves into. Despite dedicating the first chunk of their album to the heavier side of their musicality, the band induce a sonic whiplash to prove they can do it all.

Find A Way Out (Back To You) demonstrates the sheer girth of singer Ryan’s voice. Coupled with his touching (and absolutely heartbreaking) lyrics, the heart-wrenching ballad is a perfect example of why The Hunna have become such a big deal in recent years – they’re just straight-up talented.

Entries such as Circles and Apologies blend the two worlds, once again showing off Ryan’s falsetto coupled with a minimal yet exciting collection of music.

Ultimately, this is where The Hunna’s self-titled falls short for me.

I could listen to Ryan’s stunning vocals all day – especially in such incredible pieces of art as Untouched Hearts – but the musical foundation behind him can leave something to be desired.

Tonally, the work of legendary producer extraordinaire, Gil Norton (The Pixies, Foo Fighters, Busted, You Me At Six, Band of Skulls, AFI, Twin Atlantic, etc, etc, etc) has made The Hunna’s self-titled an incredible, robust listen from start to finish. But – aside from Ryan’s aforementioned stunning cords – there are not enough musical hooks and flairs to really grab attention (as demonstrated in such previous hits as Bonfire or Cover You). It can feel as if something is missing.

Despite this, it’s hard to be mad at such an intense record.

This is The Hunna at their best. Self-titled is a major step in the right direction for a band that will surely be filling arenas and stadiums in the near future if they continue giving 100 percent to their stylish lyrical prowess and show-stopper melodies. And with such incredibly creative takes on what it is to be a rock band in 2022, they will surely be lapping up a stunning amount of success until their next album hits streaming.

The Hunna – The Hunna is out on Friday.