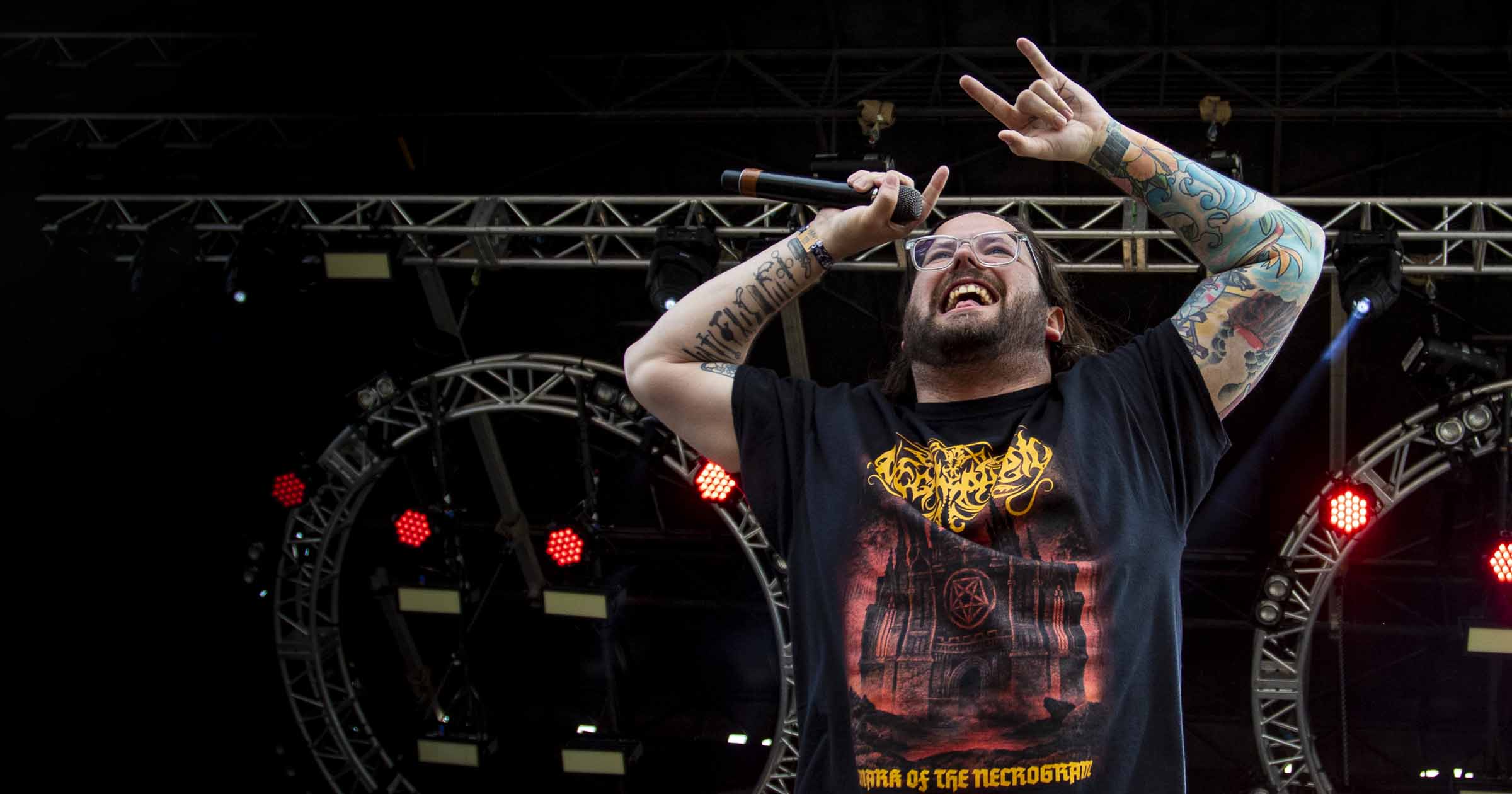 The death of the American artist was confirmed by the band on social media, who described him as ‘one of the world’s greatest entertainers.’

‘It is with deep sadness that we announce the passing of Trevor Scott Strnad,’ the statement read.

‘Beloved son, brother, and Shepard of good times, he was loved by all that met him. A walking encyclopedia of all things music.

‘He was a hugger, a writer, and truly one of the world’s greatest entertainers. His lyrics provided the world with stories and spells and horror and whimsy.

‘It was his life to be your show.’

While Strnad’s cause of death has not been officially confirmed, the group did include a telephone number for the National Suicide Prevention Lifeline at the end of the post.

Tributes have been flooding in for the singer, with guitarist Nick Hipa writing: ‘Devastating loss of an incredibly talented and wonderful human being. Love and condolences to you all.’

Stray From The Path drummer Craig Reynolds added: ‘Metal wouldn’t be what it is today without him. can’t believe it. RIP trevor strnad. every death metal band with two singers only has two singers because neither of them could do what he did.’ (sic)

The group, which is currently comprised of Brian Eschbach, Max Lavelle, Alan Cassidy, and Brandon Ellis, formed in 2001, the same year they released their debut EP What a Horrible Night to Have a Curse.

The Black Dahlia Murder named themselves after the 1947 unsolved murder of Elizabeth Short, often referred to as Black Dahlia.

The Black Dahlia Murder was scheduled to go on tour off the back of the release of Verminous, beginning with a show in Munich, Germany on August 3.

Taylor Swift Makes Billboard History by Debuting at No.1 on the Singles and Albums Charts