Fenn Wilson. Remember the name if you've not already heard it before. The Melbourne-based singer and songwriter, who's pretty handy behind the drums as well as playing guitar, has a new song out now called Eye On You and a new long player coming out later this year.

The album, Ghost Heroin, is definitely one to look forward to if this week's release is any indication. Produced by acclaimed musician Shannon Bourne, who for many years performed live with Fenn's father, the late Chris Wilson, Eye On You has all the hallmarks of a songwriter finding his voice. "Eye On You addresses how terrible timing can be when falling for someone and how unavoidable someone is once they've caught your eye," Wilson says. "Inevitably the feelings are far too strong and as you fall for them deeper, those things that made the timing so difficult end up being alleviated by your passions for one another." 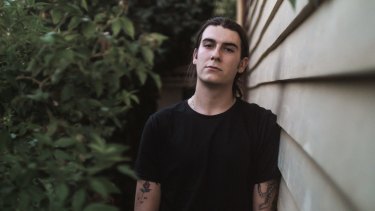 Wilson's new music follows his most recent releases, 2017's song Will Fall and his breathtaking 2015 EP Tales of the Black Dog. In the period since releasing Will Fall he's concentrated more of his time on performing live and playing with other musicians. So, keep an eye on Fenn Wilson for upcoming live appearances and his next album. In the meantime you can find Eye On You on Spotify.

album of the week
Gena Rose Bruce
Can't Make You Love Me
(Dot Dash/Remote Control)
★★★★
Don't let the cheeky homage to Shocking Blue's 1970 smash hit Venus fool you with opening track, Logan's Beach, from Gena Rose Bruce's debut album. This is an enormously self-assured collection of songs from the Melburnian, who plays guitar on the album but mostly uses her voice to stunning effect. Nothing is strained here, Bruce knows just when to raise the stakes and when to show restraint. Beautifully accompanied in the studio too by guitarist Cordelia Crosbie and Tim Harvey (synths and piano), the latter also on produced duties, this is heartfelt, sultry and hypnotic stuff.

BTS: This Clue Suggests a Collab With Coldplay Is on the Way