“I might be heart broke, but that don’t mean I gotta stay home,” sings Runaway June’s Naomi Cooke in the country trio’s sprightly hit single “Buy My Own Drinks,” obliterating any expectations that she might be the type to waste time crying over someone. Cooke, along with singing partners Hannah Mulholland and Jennifer Wayne (the granddaughter of the Duke himself) are bound to get some Dixie Chicks comparisons with their brand of harmony-drenched country-pop, but their debut album Blue Roses offers plenty to distinguish them from that multi-Platinum trio.

As a vocalist, de facto leader Cooke’s delivery is more coastal cool than hard twang — she employs a softer tone in the short-on-money, big-on-love ballad “We Were Rich,” but belts with power in the breakup saga “Trouble With This Town,” blending beautifully with Mullholland and Wayne throughout. There’s a very contemporary spirit of independence and grown-ass agency that courses through these songs, like the confident assertion made in “I Know the Way” (“to un-break your heart,” directed at a guy who suddenly finds himself single) or the unguarded rush of physical desire described in “Got Me Where I Want You.” They come off playfully defiant on “Head Over Heels,” rebuffing a drunk-dialing ex who has one thing on his mind, and then mournful on “I Am Too,” turning the blame for wrecking a good thing inward. 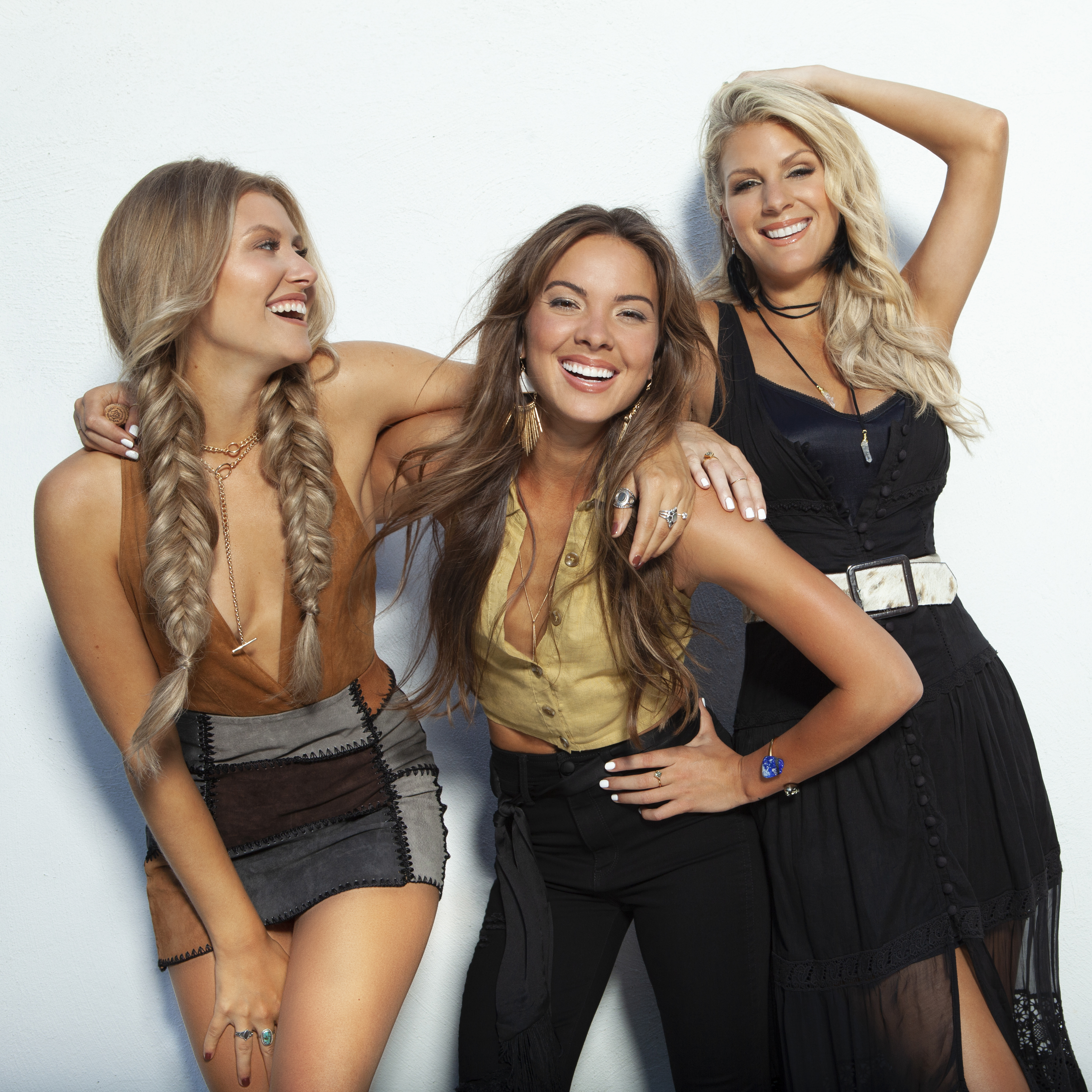 Song You Need to Know: Runaway June, 'I Know the Way'

Runaway June’s original compositions like “Head Over Heels” and “Buy My Own Drinks” are loaded with clever turns of phrase and ear-catching hooks, but they also prove themselves to be skilled interpreters of outside material, from the sweet nostalgia of “We Were Rich” (penned by Music Row pros Ross Copperman, Ashley Gorley, and Nicolle Galyon) to their spicy cover of Dwight Yoakam’s “Fast as You.” The title track, which closes the album, is a true stunner: a swooning, stripped-down slice of epic heartbreak that evokes the immortal Trio collaboration of Dolly Parton, Emmylou Harris, and Linda Ronstadt. It’s a clear link to country music’s past, but it sounds precisely of the moment.