Rosalía has women and girls in mind as she launches a new VIVA GLAM red lipstick with MAC Cosmetics—but not because she’s just trying to sell them beauty products. The Spanish singer’s goal with the collaboration is “to help spread awareness about the health and the rights of women and girls,” she tells BAZAAR.com. The product does just that, and a little more: One hundred percent of sales from the lipstick will support the futures and equal rights of women, girls, and the LGBTQ+ community while benefiting those living with HIV/AIDS as well, the brand says.

The almost 27-year-old Grammy winner is “honored” to be the newest face of the storied beauty brand, especially with this charitable mission. Ever since its founding in 1994, the VIVA GLAM Fund has raised more than $500 million and endowed more than 1,800 organizations around the world. Just earlier this year, the fund donated $10 million in COVID-19 relief funds, benefiting charities like Project Angel Food in Los Angeles and God’s Love We Deliver in New York. “In a moment like the one that we’re living now, I think there’s nothing more important than trying to help,” Rosalía says.

She’s committed to uplifting women in music too. “All [of] my team is made up of women, and I feel like it’s very important to always help and empower more women.” The singer is inspired to spread that message, because, frankly, she believes “it’s not in the conversation at all,” at least when it comes to representation behind the scenes.

Rosalía remembers having to do research to learn that women produced or wrote their own songs, like Kate Bush. “It was hard for me to know about all these things, and it’s not fair that there’s not enough visibility [for women], and it’s not equal at all. And in our industry, it’s hard because it’s very masculine sometimes.”

There’s not enough conversation about women [creating] amazing stuff in the music industry.

She adds, emphatically, “I’m not asking for more. I’m just asking for something that should be equal.” The singer had made a similar declaration at Billboard’s Women in Music event last year: “I will never stop ’til I find and see the same number of women as men in the studio.”

Most of the big artists Rosalía has recently collaborated with have been men, including Travis Scott, J Balvin, and James Blake. But one woman she’s working with is 18-year-old pop sensation Billie Eilish. The two have been teasing their collaboration for months now, but it’s not quite done yet.

“Everything is so uncertain that it’s hard to make plans, to be honest. But I love what we started,” Rosalía says. “And hopefully, we’re going to finish it one day, because I really love Billie. She knows that I’m a huge fan and I’m happy that we are friends and that we spend time together making music. I hope that we can spend more time soon when everything calms down, when the world gets back to normal.”

By the time of our phone conversation in June, Rosalía has already been sheltering in place in Miami for two months, an ocean away from her family in Spain. But she’s been keeping busy making music from home. “I make music every day. I have this little setup at home, and I’m writing. I’m producing. I’m working on arrangements. I’m recording some vocals. I’m working on new songs,” she says.

For now, she’s just trying to enjoy the process, listening to music and watching movies to stay inspired. She’s experimenting with sounds and arrangements, and “writing in a different way,” as she usually does when she’s creating. “I always hope that it’s a surprise when I share new music.” A Barcelona native, Rosalía originally came on the scene for her unique take on flamenco music, but as she’s gained traction across the Atlantic, she’s created a hybrid of her original sound with elements of hip-hop, R&B, and reggaeton.

I make music every day. I have this little setup at home, and I’m writing.

Just like her sound, Rosalía’s relationship with beauty and cosmetics has evolved. It all started with the days she and her sisters rummaged through their mother’s old makeup as kids. When she was 16 playing small venues in Barcelona, she would hype herself up before performances by doing her own makeup backstage. At 19 or 20, she accidentally smeared her red lipstick on her face by holding her mic too close to her mouth.

Today, as a bona fide star with a signature look, she’s known to sport a bold lip and extravagant nail art. “I learned a lot through the makeup artists that I collaborated with during all these years. I’m always very curious. I always try to learn and I ask a lot. I feel like maybe I just got more refined with the technique.”

She’s come a long way since digging through Mom’s makeup bag, but one thing has stayed constant: her love for red lipstick. (She was a Ruby Woo fan too, obviously.) “I still have a passion about it in the same way,” she gushes. Now, in a full-circle moment, she has her own bright, orangey-red matte shade with one of the biggest cosmetic companies in the world. 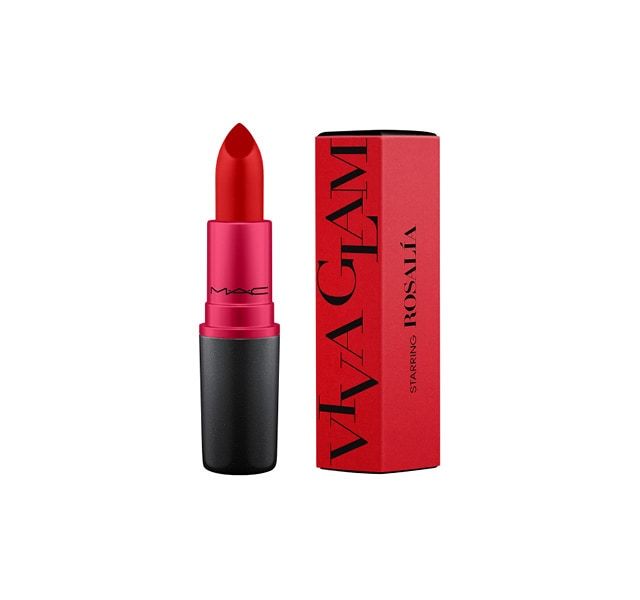 Ronnie Spector Net Worth: How Much Was The Ronettes Legend Worth at the Time of Her Death?

New Hope Club: How The Beatles provide ‘a lot’ of inspiration for band’s newest music