Queen and Adam Lambert fans were devastated earlier this year after the band announced their UK and European tour planned for May, June and July would be pushed back until 2021. In an attempt to keep their diehard fanbase as happy as possible, Queen + Adam Lambert instead released a new album, showcasing some of the best live performances they have given over the past seven years in a new collection, Live Around the World.

Lambert first appeared on American Idol in 2009 where he wowed judges and viewers and clearly impressed the members of Queen.

Just two years later he performed with the band to deliver a medley of Queen anthems.

After that, the star was inducted into the band officially and started touring with Roger Taylor and Brian May in June 2014 – birthing the beginning of a new renaissance for Queen.

While promoting the album, Lambert appeared on Sky News to discuss his legacy – and replacing Freddie Mercury. 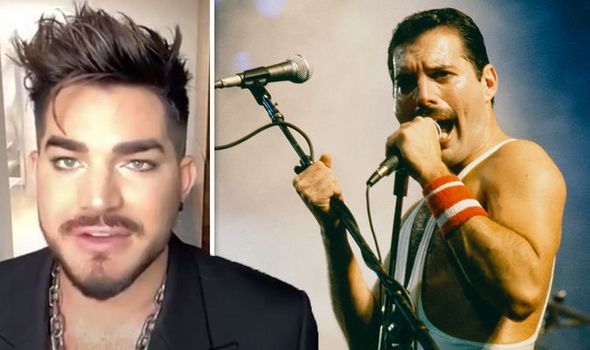 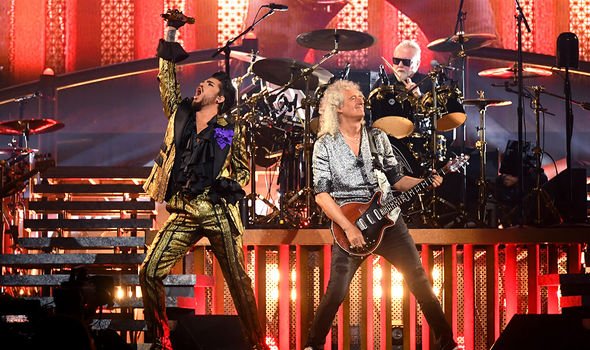 During the video chat, he was asked how tough it was taking the place of the iconic Killer Queen singer.

Lambert replied: “Yeah I think in the beginning I was definitely terrified.

“I know the Queen fans are diehard, and that it was hallowed ground that I was walking on… so I accepted the challenge, but I did it cautiously.”

Thankfully, Lambert added, he received a huge amount of support from his bandmates, Brian and Roger. 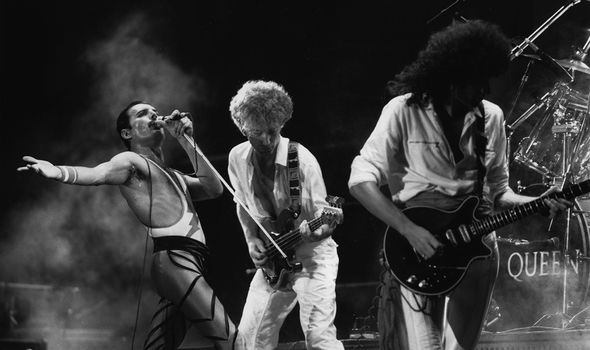 Lambert went on: “I had Brian and Roger on stage with me, and in rehearsal, the whole time, and they really gave me the green light.

“I asked them a lot of questions and I made sure I was doing things as expected.”

Addressing replacing Freddie, and how he tempered his performance, Lambert continued: “The big key was to not copy Freddie.

“Freddie is irreplaceable. We’re on stage because these songs deserve to live on and Brian and Roger deserve to get on stage and play them for their fans.”

He added: “So really it’s about honouring Freddie and making him a part of the evening.”

Yesterday Lambert spoke on BBC Radio 2 about his upcoming album.

During that interview, he also touched upon Freddie, and how he ensured he wouldn’t mimic the late singer.

The 38-year-old said: “No, definitely not. When this first started about seven years ago, I was so excited and anxious to get on stage with these guys.

“But I remember I was thinking to myself, ‘Oh wow, will the fans accept this? Is the band going to accept me?’”

On the rest of the band’s thoughts on the matter, Lambert said: “One of the first conversations we had was what their expectations were.

“They said right away, ‘Please, just make it your own. You don’t have to worry about how Freddie did it exactly on the record.’”

Queen + Adam Lambert: Live Around the World is available now.