John Lennon died when his first son, Julian Lennon, was only 17 years old. Born in 1963, during the eve of the British Invasion and Beatlemania, Julian hardly grew up around his famous father.

While John and Julian’s relationship was far from conventional, Julian did enjoy some beautiful memories with the Beatle.

One of Julian Lennon’s last memories of his father, John Lennon, involves a road trip to Florida and Aerosmith’s ‘Dream On’

In 2014, Julian spoke with Goldmine Magazine‘s Jeb Wright about his album, Everything Changes. While explaining Steven Tyler’s involvement on the record, Julian revealed one of his last memories of John.

“I’ve got to say, in fact, one of the last times I was with dad was in Florida, driving on the way down to Florida — I must have been about 13 at the time,” Julian said.

“All we heard was American radio on the drive down. One of the bands that came up time and time again was Aerosmith and ‘Dream On.’ Even at that age, many, many moons ago now, I was a huge fan of Aerosmith and Steven Tyler.”

The Beatles were a big influence on Aerosmith. So, Tyler would be pleased to hear this story. Years later, on Everything Changes, Julian managed to snag Tyler from his busy schedule to record a song with him, “Someday.” 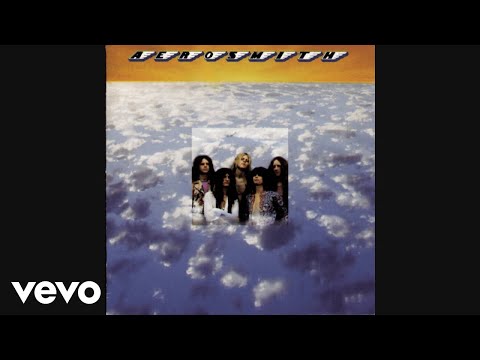 After having the turbulent relationship that John and Julian had, it’s great that Julian got to share one last special moment with his father. Mark David Chapman shot John to death in front of his apartment building in New York City on Dec. 8, 1980. Speaking on Larry King Live, Julian explained where he was when his father died.

He knew something terrible happened that night before he even found out.

“You know when you just have that gut feeling that something’s wrong, something’s really wrong? And I went downstairs, and all the curtains were closed, and I thought, ‘This is just too bizarre.’ But who knew what it was at the time. Then I opened the curtain, press outside everywhere, and my step-father had been told not to tell me until Mum arrived.

“But I just said, ‘What’s going on? You gotta tell me.’ My first concern at that point was to make sure that Mum was OK, more than anything. That was the first love of her life. So, she’d known him much longer than I’d ever known him. And was much more closer than I’d ever been. So, it was all about looking after her, and it has been ever since.” 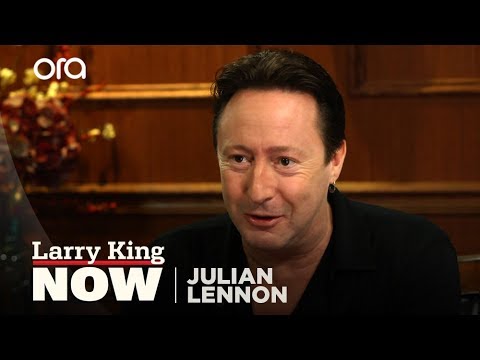 Cynthia Lennon said it was spooky hearing her son sing

In 1985, Cynthia spoke about her relationship with John on NPR’s Fresh Air. She said she and Julian rarely saw much of John during the height of The Beatles.

“He used to sleep an awful lot,” Cynthia said. “And he would wake up when we were ready to go to bed, if you know what I mean. With a small child, you have to be up early in the morning, and then you’re pretty exhausted at night, whereas John’s hours changed.

“You know, he’d be up at night and in bed during the day. So the whole fabric of our life changed because of the work that he was doing, and because of the pressures from outside.”

Then, it was curtains for John and Cynthia’s marriage when John met Yoko Ono. Following their divorce, Julian spent even less time with his father. However, Julian was already on the path to following in his father’s footsteps. Julian was hooked after he first picked up a guitar.

After John died, Cynthia remembered coming down and hearing Julian sing. He sounded so much like John; it was spooky.

“Following John’s death, I had an experience of coming downstairs in the house I lived in North Wales, and [Julian] was sitting at a piano with his back to me, and he was singing a very soulful song,” Cynthia said. “And I had to do a bit of a double take; it was a very strange feeling.”

Whatever kind of relationship John and Julian had, they were able to share a lovely last moment listening to music. Music always brought them together, and it still does.