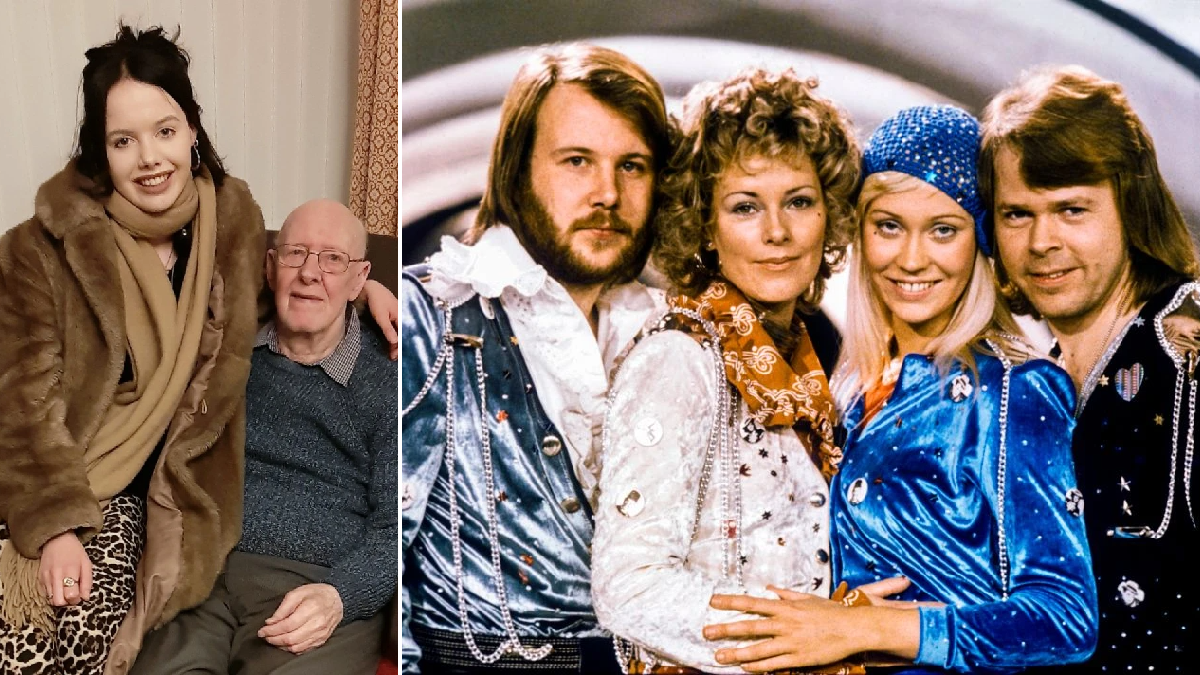 When ABBA announced their legendary return in August after an almost 40-year hiatus, as a seasoned super fan, naturally I was pleased as punch. In fact, I was absolutely ecstatic.

But then when I thought about how my grandad wouldn’t be around to see their return, I felt sad, and sorry.

Sorry that he had just missed the one thing I knew would have made him happy, and forget for a second about how unwell he was.

My grandad passed away from a long battle with a chronic lung condition in June this year, something I wouldn’t wish on anyone. He was my best friend, and before his passing, we’d speak on the phone every day.

He was a typical Yorkshireman, he was quick-witted and sarcastic – the latter I have definitely inherited. He was intelligent, intuitive, and a massive family man, but the most remarkable thing about him was that he was unashamedly the biggest ABBA fan on the planet.

He loved that every song had a story, and he also loved that they were unabashedly themselves. While punk, disco, and rock dominated the 70s, my grandad was rooting for the 1974 Eurovision winners way before it was cool to do so.

He adored the classics. He would often play Knowing Me, Knowing You, and The Name of Game but he also loved the more obscure, ‘only hardcore fans would know these songs’ like If it Wasn’t For the Nights and I’ve Been Waiting For You.

To my grandad, ABBA was more than just a band. They were a tangible product that openly advocated being your true, authentic self – something he always encouraged my sister and I to do while growing up.

It’s something he passed onto me from a very early age, and it’s one of the biggest ways we bonded throughout my childhood – something I treasure to this day.

My ABBA love affair began when I was around six when my grandad would play his treasured LPs whenever we were round.

I became captivated with the costumes, the schlager melodies and intricate harmonies. Taking after my grandad and learning the band’s whole back catalogue by the time I was 10, we would listen to their music together and religiously watch ABBA: The Movie every time I stayed at my grandparents’ house as a child.

My obsession even went as far as crying to my mum after school one day because she didn’t name me Agnetha when I was born. I’m actually more of a Frida girl these days.

I have a distinct memory of belting out the opening lines of Money, Money, Money as a child in my grandparents’ house, dressed in the iconic cat outfit my grandma made for me while I danced around their living room, clutching my beloved plastic microphone as if my life depended on it.

I also remember giggling in the back of the car when Frida proudly declared she was ‘not too old for sex’ in When All is Said and Done. But sometimes, it’s the simplest memories that are the most poignant. I remember the first time I got all the words right to The Name of the Game as my grandad and I sang along together, me erupting with delight and a sense of pride when we made it to the end.

When I was around eight, my grandad discovered eBay. As an ABBA fanatic, I knew I wanted to own every single thing I could relating to the band, and my grandad was happy to appease me. I know now that he was buying it all for himself, too.

My little sister wasn’t so much a fan as she is these days, so she decided to become a Care Bear enthusiast instead.

Every eBay browsing session would conclude with some form of ABBA memorabilia for me and a different coloured Care Bear for my sister. I still have everything he ever bought me. From official annuals to 1979 tour posters, you name it, I have it – and to this day, they are some of the most sentimental items I own.

When my grandad died, it was probably the hardest thing I’ve ever had to deal with and I wasn’t prepared for the amount of grief and mixed emotions that would consume me.

The Wednesday before he passed, I spent the day working at my grandparents’ house. My grandad and I sat in the living room together for most of the day, him reading the paper, me typing away. I don’t live in Yorkshire anymore, so I was spending as much time with my family as I could.

I left around 4.30pm as I had a hair appointment, and the last thing I said to my grandad was: ‘See you tomorrow, I’ll send you a picture of my hair when I get home, I love you.’ The following morning he was rushed into hospital and he died five days later. The realisation that I would never hear his voice again was something I couldn’t comprehend.

One thing that struck me most though, was that I couldn’t listen to ABBA without breaking down into tears – their music is so intertwined with my memories of him. A few days after he passed, I remember hearing Summer Night City on my Spotify shuffle. I became inconsolable and felt like the world was closing in around me. How could my grandad not be here anymore and how would I ever deal with the perpetual absence of one of the most important people in my life? It felt unachievable, and it felt wrong.

It wasn’t until I emerged from that particular episode of despair that I realised the memories I was recalling were purely positive – it was the situation that caused the tears.

Only recently have I been able to listen to them with a happy nostalgia. It happened purely by chance. I was tidying up my flat after having dinner and drinks with some friends the night before, and I decided an ABBA shuffle would be the perfect soundtrack to get me through my hungover daze. The latter worked, but I also found myself subconsciously singing and dancing along, and as soon as Knowing Me, Knowing You began to play, I thought of my grandad.

But instead of crying, I smiled. I smiled at how it was one of his favourite songs, and I smiled hearing his voice singing along to it in my head. It was a warm, fuzzy feeling, and I felt extremely calm.

I now hear an ABBA song and smile and think of specific moments we shared together when listening to their music.

I wish with all my heart my grandad could be there to watch the new ABBA tour with me because he would have loved it. Obviously, my now ABBA-mad sister, my mum and I had to get tickets to the show.

For us, it wasn’t just about the frenzy of the pioneers of pop making a comeback, it was about our relationship with the band, and how somehow, they bring us closer to my grandad.

Music can be instrumental when it comes to dealing with grief. It can link you back to memories with those you have lost and bring their presence to the surface of the mind. It can be a catalyst for unearthing the strong connections you once had with a loved one, and it can hold so many personal stories that can never be taken away from you.

To ABBA, I’d like to say thank you for the music for providing us with these treasured internal catalogues of memories.

Wherever my grandad is now, I know he’ll be singing along with us next year to Andante, Andante in his reclining armchair, drinking a cup of tea with two sweeteners.