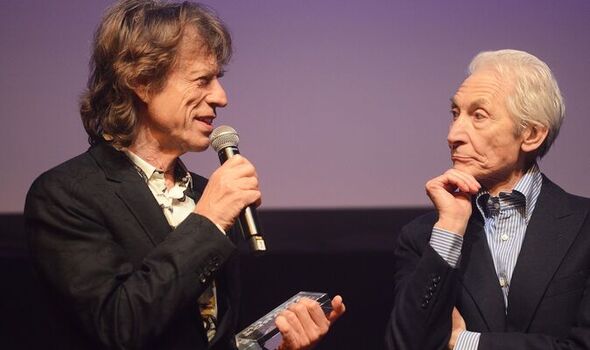 Jagger, 79, said: “It was all so quick. That was the shocking part of it. One minute I was speaking to him about the tour and what the logo was going to be and the next minute he was gone.” The superstar was interviewed by author Paul Sexton for a biography of the drummer.

Jagger said that Watts was reticent about going on tour because he was not feeling well. But he had assured Jagger: “You’re the cheerleader of the group and if you say I should do it, I’ll do it. Of course I will. I’m happy to.” However, it became clear Watts was not well enough and he died a year ago aged 80 from heart surgery complications.

In an extract from the new book, Jagger said fellow Stone Ronnie Wood had had a similar illness and got better and that’s why he was so confident that Charlie was going to “do the same thing”.

Wood told Sexton: “The last few days of his hospitalisation, he was like, ‘I don’t like this,’ because he went to a certain level of treatment, then they decided to do some extra work on him.”

They were already well into rehearsals when they got the news. He said: “We had a day off and thought, well, Charlie doesn’t want us to sit around and mope. We’ll just get on with it”.

It is the first time they have spoken about the final moments.

*Charlie’s Good Tonight: The Authorised Biography of The Rolling Stones’ Charlie Watts is released on September 15.

Louis Armstrong Meets James Bond, Again: Why ‘We Have All the Time in the World’ Plays a Key Role in ‘No Time to Die’