Eurovision is back with a bang for 2021.

With two semi-finals already under its belt, the Rotterdam Ahoy is preparing for Saturday’s Grand Final, when UK act James Newman will finally take to the stage to perform his hit track Embers.

The United Kingdom hasn’t taken home the song contest crown since 1997, when Katrina and the Waves stormed to victory with their song Love, Shine a Light.

Other UK winners include Sandie Shaw in 1967 with her hit track Puppet on a String, Brotherhood of Man with the legendary banger Save Your Kisses for Me, Lulu with Boom Bang-a-Bang and Bucks Fizz with Making Your Mind Up.

But there are plenty more celebs who narrowly missed out on representing the country in the Eurovision Song Contest.

From former glamour model Katie Price to soap star Kym Marsh, we take a detailed look at all the famous faces who could have brought their own tracks to Eurovision.

Katie Price actually competed for a place in the 2005 Eurovision Song Contest, with a track entitled Not Just Anybody.

Katie auditioned while pregnant with her son Junior Andre, and took to the stage in a bright pink leotard which showed off her baby bump.

But Katie, who has tried on numerous occasions to carve out a niche in the pop market for a former glamour model, failed to secure a slot in the official line-up.

The honour instead went to Daz Sampson, who placed 19th in the overall competition with his song Teenage Life. 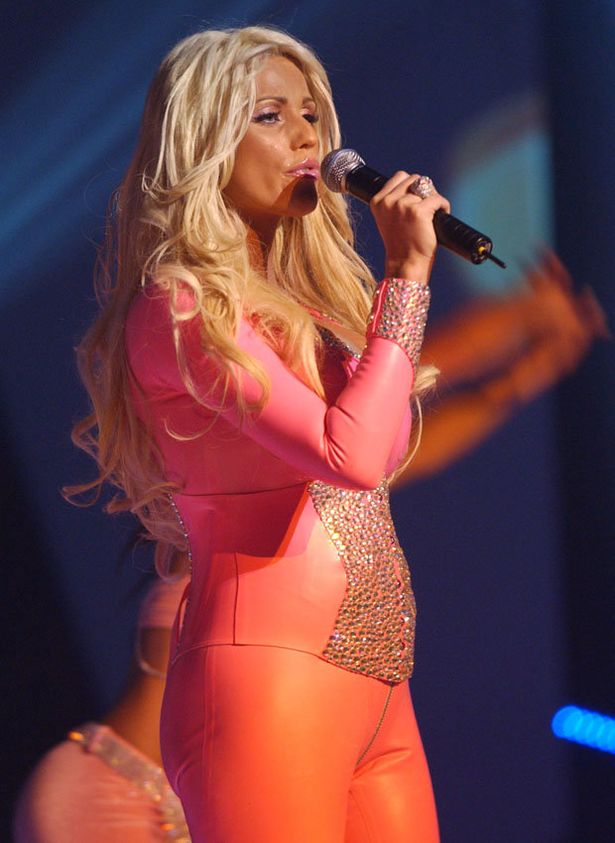 "It was my photographer that suggested my change of career," Katie said in her announcement video. "What does Eurovision mean to me? Well it means I can represent the country and give all back to you guys what you’ve given to me.

"I’d love to fly the flag for the UK – and if I can’t do that, I’ll just have to wear it," she cheekily announced as she tossed a Union flag at the camera.

Katie’s last attempt at a music career came in 2019 with the single Hurricane with Rick Live, which failed to chart in the UK.

She and ex-hubby Peter Andre even released an album, A Whole New World, together back in 2006, which which reached number 20 in the album charts.

Rita Ora was selected to compete for the UK in the 2009 Eurovision Song Contest, aged just 18.

But she walked away from the honour as soon as she was selected, and later confessed that if she had taken the opportunity to sing for the UK it would have ended her music career.

The Let You Love Me songstress appeared on the telly show Eurovision: Your Country Needs You, auditioning with Oleta Adams’ song Get Here.

"Andrew Lloyd Webber was there. Right from the start I was like ‘What am I doing here?’" she told the London Evening Standard

"I did my song and walked out. No-one knew what to do. They started looking for me, calling my agent."

She continued: "Imagine! If I'd stayed, it would probably have been all over for me. At best, I'd be a contestant on that diving show…?' Splash!? Yeah, Splash. I love that show."

Sugababes singer Jade Ewan was eventually picked to replace Rita, performing the track It’s My Time, which placed fifth – the highest ranking for the UK since 2002.

That same year, Jade tweeted: "Easy to mock when you are enjoying success. Eurovision and Splash? Proud of both. Some manage to sleep their way to success, some have morals."

Sam, who has had hits with songs like Touch Me (I Want Your Body) in the past, has even accrued a BRIT nomination in her lustrous career as a songstress.

But she didn’t quite make the cut to be the next Eurovision star.

In 1995, Sam participated in A Song For Europe with her band Sox, which included Chris Bonacci and Lauraine McKintosh with the song Go for the Heart.

The track finished fourth our of the eight shortlisted entries, and was subsequently released as a single which reached number 47 on the UK Singles Chart.

But it definitely wasn’t the defining moment of Sam’s career, as she had huge success as a topless Page 3 girl from 1983 until 1986, along with appearing on a cover of Playboy – and was labelled the most popular pin-up girl of her era.

The Coronation Street actress threw her hat in the ring with a song called Whisper To Me, appearing in the UK selection contest then named Making Your Mind Up.

Despite her successful singing career with hits like Pure and Simple for Hear’Say, as well as her solo single Cry, Kym came fourth in the contest and the honour was eventually given to Daz Sampson.

But not to worry, because she’s enjoyed immense success in her TV career instead, and made her first appearance as Michelle Connor the same year as her Eurovision bust.

Best known for being the lead singer and guitarist of iconic band The Darkness, Justin Hawkins also didn’t fancy letting a Eurovision opportunity pass him up.

The I Believe In a Thing Called Love vocalist auditioned for the Song Contest in 2007, which took place in Helsinki.

Justin performed a duet with singer Beverlei Brown, with the song They Don’t Make ‘Em Like They Used To – but lost out to Flying The Flag (For You) hitmakers Scooch.

But the singer wasn’t happy with losing out, and the former Darkness frontman took to his website for a rant against the competition, writing: "The United Kingdom must be either racist or stupid not to have voted for Big Brovaz or Beverlei Brown (she looked and sounded fantastic).

"It’s like when multi-award winning, multi-million selling Lemar lost to David ‘3 stars at Burger King’ Sneddon in Fame Academy all those years ago. Nothing ever changes.

"The whole thing whiffed of a stitch-up, particularly when you consider that our supporters had their banners confiscated by security, while Scooch fans were filmed proudly waving theirs," he claimed.

"When Big Brovaz were eliminated, my heart sank and I thought, ‘the dream is over.’ I was right."

But the BBC hit back at the star’s accusations, as a spokeswoman said: "No banners were confiscated. All banners were checked for inappropriate language, but none were removed."

Justin went on to appear as Chameleon on The Masked Singer.

She entered the selection process with the track Don’t It Make You Happy, which she later went on to release as a single.

But, like Justin, she was beaten out by Scooch.

Liz went on to star in the first UK tour of Legally Blonde: The Musical, and even performed at C2C: Country to Country at the O2 Arena in 2018.

One fourth of the boy band Blue, Antony had his dreams set on Eurovision long before the four-piece made it as the official UK entry in 2011.

The All Rise hitmaker competed solo in the 2006 selection process with his track It’s A Beautiful Thing.

He came second in the competition, placing runner up to Daz Sampson.

That wasn’t the only reason he made headlines that year – in June, he posed naked for Cosmopolitan alongside celebs including Danny Dyer and Ronan Keating, for the mag’s 10 Years of Naked Male Centrefolds.

Though she rose to fame as Gina Ward in the ITV drama Heartbeat, Tricia plumped for a singing career back in 2002 with her Eurovision hopes.

Prior to her appearance, Tricia had released two singles – Where Did Our Love Go and Don’t Wanna Be Alone, though neither made the Top 40.

She performed the track DJ Romeo, but lost out to Jessica Garlick with her song Come Back, which eventually placed third in the overall contest with 111 points.

Tricia told the Scottish Daily Record at the time: "I’m 31 and I'm getting too old to be a pop star. Eurovision is my last chance.

"I decided this would be my last year of trying to make it as a singer because I have been trying to get a big album deal with a record company since I was 20.

"I believe it is fate that the opportunity has come to me this year. I've never tried for the competition before and it has come to me.

"The songwriters said they were interested in me doing this song. I just said, yeah flippin' heck, I'll have a go at it."

The Eurovision Grand Final airs on BBC One at 8pm on Saturday, May 22