In addition to a massive 50th anniversary tour and lengthy compilation, Jethro Tull announced their first official book. The Ballad of Jethro Tull — a lavishly illustrated history of the band — is set for release in November.

In an informative video from Ian Anderson, the frontman details the book and its two versions. “You’ll see there’s a choice of two editions of the book, one of which comes with a seven-inch vinyl record of me reading a specially written poem called ‘The Ballad of Jethro Tull,’” he says while gripping his signature flute. “With musical backing from some old friends, too!”

The b-side of the 7″ features Anderson reading an 1808 Walter Scott poem titled ‘Marmion’ alongside a cathedral organ. It will only be available with the signature edition, limited to 500 copies and signed by Anderson himself. Two art prints are also included.

The band, which kicked off its 50th anniversary tour last year, have extended the shows well into 2019. They’ll play a handful of  North American dates September, including New York’s Forest Hill Pavilion in Queens and Connecticut’s Mohegan Sun Arena. “In the USA – many would argue – 2019 is really the 50th Anniversary for US fans since we first visited in early 1969,” Anderson said.

The Ballad of Jethro Tull is available for pre-order here. 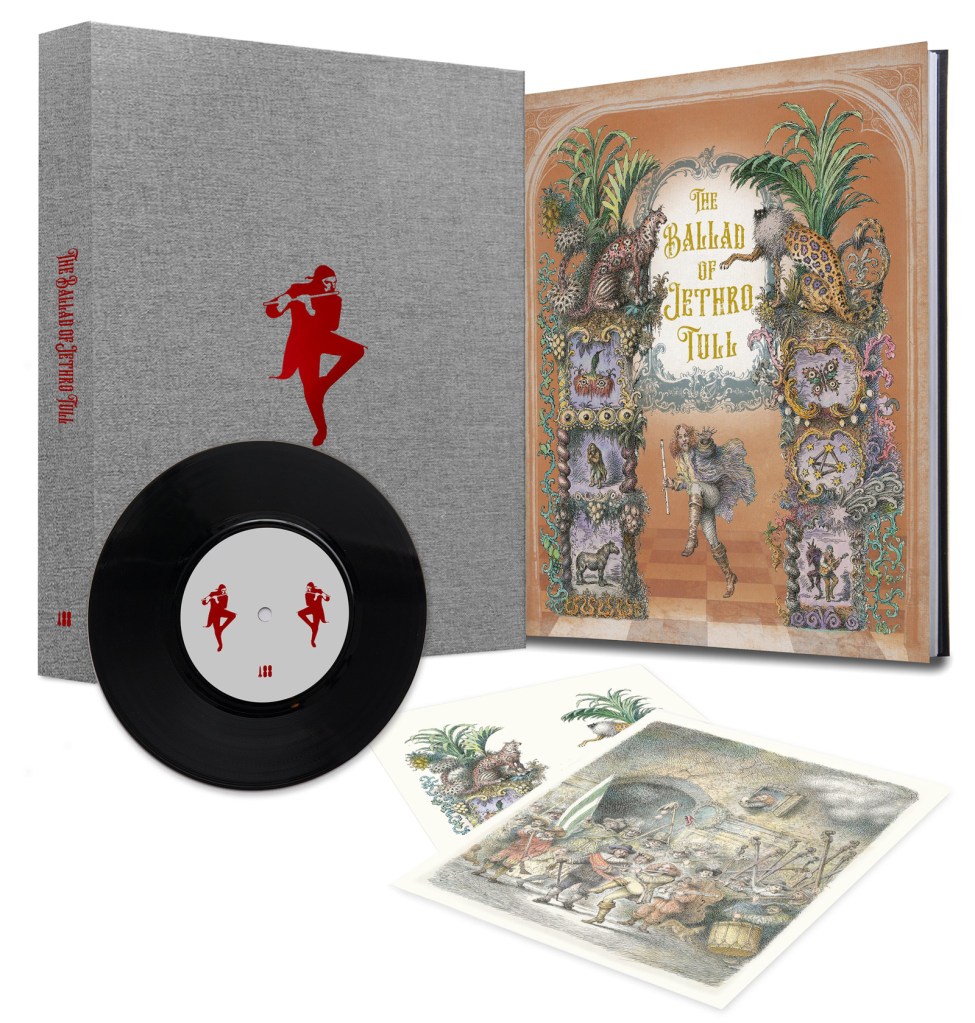