When Metallica announced their inaugural Orion Festival in 2012, each member highlighted an aspect of their personality with an installation; frontman James Hetfield chose restoring and hot-rodding cars. So it’s no surprise that he’s amassed an impressive collection of vintage automobiles over the years. Now he’s showing some of it off at an exhibition at Los Angeles’ Petersen Automotive Museum.

The singer-guitarist donated 10 custom cars to the museum, including a 1948 Jaguar “Black Pearl” and a 1937 Lincoln Zephyr “Voodoo Priest.” Petersen will be displaying them alongside Metallica “artifacts and memorabilia.”

Hetfield built the “Black Pearl” from scratch with custom car builder Rick Dore. It won the 2014 Mother’s Custom of the Year Award at the Goodguys Rod & Custom Association 32nd All-American Get Together, according to PPG Finish. It features a 375 horsepower Ford V8 engine, a Mustang suspension, and the breaking system from a Ford Explorer, according to AutoEvolution. The “Voodoo Priest” won runner-up at the same show. 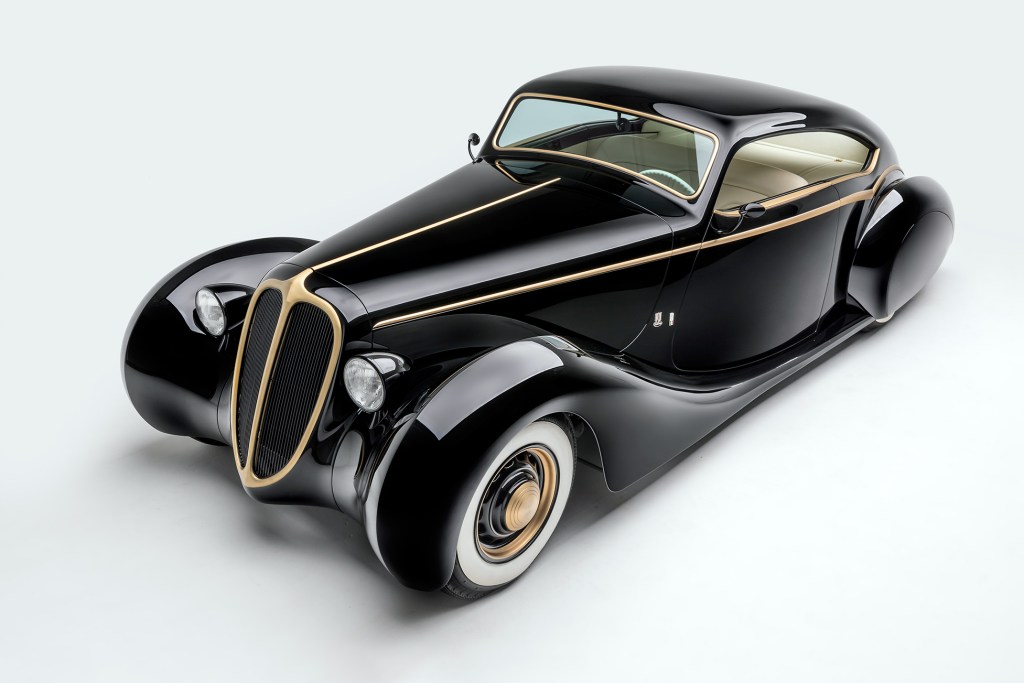 Hetfield is currently on tour with Metallica wrapping up European dates of the band’s WorldWired tour this month. They’ll return to the States in September for two “S&M2” gigs, where they’ll be performing with the San Francisco Symphony. After that, they’re scheduled to do an Australasian run and a handful of South American dates next year.

Fans who aren’t able to attend the S&M2 gigs will be able to see the concerts on the big screen, when a film of the shows will be broadcast in 3,000 theaters around the world in October.

Low Cut Connie Are Bringing the Dive Bar to Your Radio