HERBIE HANCOCK: Into the sixth decade of his illustrious career, Hancock's credits include 14 Grammys, an '80s electro crossover hit Rockit and providing the sign-off at the end of each edition of ABC-TV's The Insiders. Over the years his collaborators have included Stevie Wonder, Tina Turner, Annie Lennox, Snoop Dog and Pink. 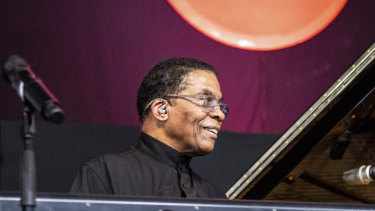 BILLY CHILDS: In Melbourne with his quartet for the first time, the five-time Grammy winning composer and piano virtuoso will perform material from his album Rebirth, which was crowned Best Jazz Instrumental Album at last year's Grammys.

MS LISA FISCHER AND GRAND BATON: After four decades of backup singing with the likes of The Rolling Stones, Nine Inch Nails, Tina Turner and Beyoncé, Lisa Fischer was one of the backup singers taking centre-stage in the Oscar-winning music documentary, Twenty Feet from Stardom. Here she links with Caribbean jazz rock fusion outift Grand Baton to rework rock anthems from the likes of the Stones, Tina Turner, Led Zeppelin and Little Willie John. 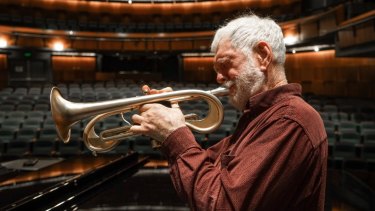 Vince Jones plays a personal selection in this year’s festivalCredit:

VINCE JONES: Starting out as a bebop trumpeter, 20 albums down the track Vince Jones has become Australia's leading jazz vocalist. His concert this year, A Personal Selection, is hotly anticipated by fans of his previous MIJF performances, Van Morrison's Masterpieces and a tribute to Antonio Carlos Jobim.

LINDA MAY HAN OH: A longtime collaborator with Pat Metheny and his quartet, Oh is at the forefront of the New York jazz scene. She is joined by Cuban-born pianist Fabian Almazan and the vocal ensemble Invenio, led by Gian Slater.

Kelly Clarkson And Anna Kendrick Have This Surprising Thing In Common

The Snowman: Walking In The Air started life scrawled on the back of an envelope