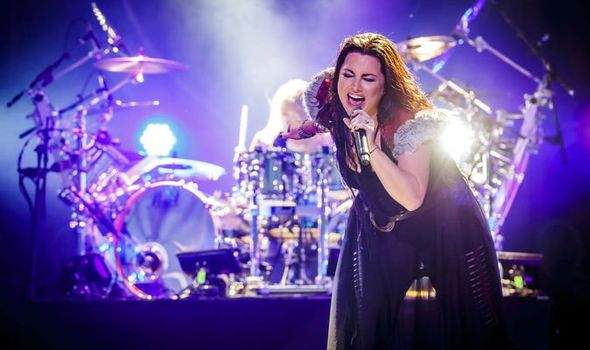 Their first album sold 17 million copies, the goth-pop masterpiece Bring Me To Life topped the singles charts, and karaoke bars everywhere resounded to anguished cries of “Wake me up inside”. It was the most impressive debut since Ronaldo at Real Madrid. Sales slowly dwindled, though, the hits got smaller and only Amy Lee remains from the original line up. But Evanescence was her vision to begin with, her teenage dream made real, and her incredible operatic mezzo-soprano voice remains a thing of wonder.

This is the band’s first all-new album since 2011’s self-titled Evanescence. Much is riding on it and they’ve risen to the challenge. The 12-track comeback is infused with confidence and power.

It opens with the atmospheric Artifact/The Turn and builds with titanic numbers Broken Pieces Shine and The Game Is Over which sweeps you along like Storm Darcy.

Cynics accuse them of dealing in “CS Lewis-style fantasies” and “power without tunes”. Yet there’s no mistaking the passionate meaning behind Use My Voice, released last year to promote US voter registration. Lee angrily accuses President Trump of trying to “drown every truth in an ocean of lies”.

Although their sound is less metal these days, guitars blaze on the spring-heeled Yeah Right, and tough riffs abound courtesy of Troy McLawhorn and Jen Majura, driven by the tourniquet-tight rhythm section of drummer Will Hunt and bassist Tim McCord.

The album, produced by Nick Raskulinecz, is a beast of many moods including the heart-felt Wasted On You, a post-break up power ballad.

Often melodramatic and occasionally angry, The Bitter Truth is blessed with immaculate musicianship and stellar vocals.