Throughout the 1960s Elvis Presley made a whole host of Hollywood movies, leaving behind his live performances and career as a recording artist. Instead, The King’s music continued through mainly lacklustre film soundtracks. But then his 1968 Comeback Special on NBC reminded the world of his incredible talent as musical performer.

But did you know that just before shooting his 1968 Comeback Special, The King was having serious doubts.

Fearing his career was over and he wasn’t really up to it, Elvis told director Steve Binder they needed to call it off.

Appearing in the documentary Elvis: The Searcher, he said: “Just before it began on the first taping, Elvis was calling me into the makeup room.” 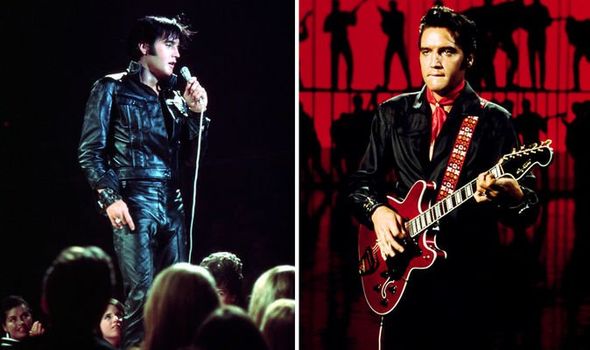 Binder continued: “He was sitting there and he asked everybody in the room to leave, so he could just be with me 1-on-1.”

Asking what the problem was, Elvis said: “I don’t want to do this”

He replied: “What are you taking about?”

To which The King explained: “I don’t remember anything I sang in the dressing room.”

Elvis added: “I don’t remember any stories that I told.”

“My mind is a blank Steve.

“Let’s just call it off.

“It’s not going to happen.”

Binder said: “Elvis, I’ve never asked you to do anything that you don’t want to do.

And, of course, that’s just what The King did and it wasn’t very long before he was settled back into what he loved: the music.

Memphis Mafia member Jerry Schilling remembered of the TV special: “I don’t know how this happened, but I saw him relax.”

The 1968 Comeback Special director added: “I had no knowledge or understanding about how incredibly talented he really was until that show.”

Next year a new biopic of Elvis’ life from the fifties to the seventies will hit cinemas.

Adam Levine Breaks Silence About Surprise Decision to Leave The Voice: 'It Was Time to Move On'