Kanye West has always pushed boundaries—as an artist, a producer, and a public figure. It’s what makes him one of the most fascinating and simultaneously frustrating artists of this generation.

His latest offering to the world, Donda, is an album and visual experience conceptualized around, inspired by, and named after his late mother Donda West. Rather than relying on traditional record company tactics to promote the project, West (or as he’s trying to legally rename himself, Ye) invited fans to experience the album in the midst of its real-time, slightly chaotic construction. Working closely alongside Balenciaga Creative Director Demna Gvasalia, he staged three live listening parties, two at the Mercedes Benz Stadium in Atlanta, Georgia and the most recent at Soldier Field in his hometown of Chicago, Illinois. Each party represented a different thematic element from the album — Chicago’s was “protection”.

While West has toggled between the music and fashion worlds over the last decade, Donda is the artist’s most cohesive attempt yet at bringing the two industries together — you can even hear the impact of Gvasalia’s edgy, austere vision in the music. But it also comes on the heels of a public reckoning in which longtime fans have found themselves questioning their allegiance following years of controversial statements and alliances (please see: Trump). Those who packed Soldier Field on Thursday night were waiting to witness the birth of an album concept that West had been teasing for years — one rumored to be potentially his best work yet. What they got was a lot of new music — and a dose of controversy.

The rapper was clad in a sleek monochrome look that included black leather trousers, an oversized matching jacket, and, of course, a pair of coordinating sneakers. His stage was a massive man-made grassy hill topped with an eerily accurate replica of his childhood home in South Shore, Chicago. The only new addition was a glowing white cross placed atop the roof—presumably meant to signify Ye’s faith that his mother is in heaven. Hundreds of dancers encircled the hill while jumbotrons blasted quick-cut clips of some of his most infamous PR moments, like when he apologized for his remarks about George W. Bush on The Today Show and broke down during a “rally” for his botched 2020 Presidential campaign. He also displayed a myriad of vintage photographs and video footage of his mother—often smiling, laughing, and beaming with pride for her son while a robotic voice repeated “Donda…Donda…”. A dozen all-Black SUVs and motorcades slowly paraded around the stage; one couldn’t help but feel as if they were recreating West’s experience of his mother’s funeral. 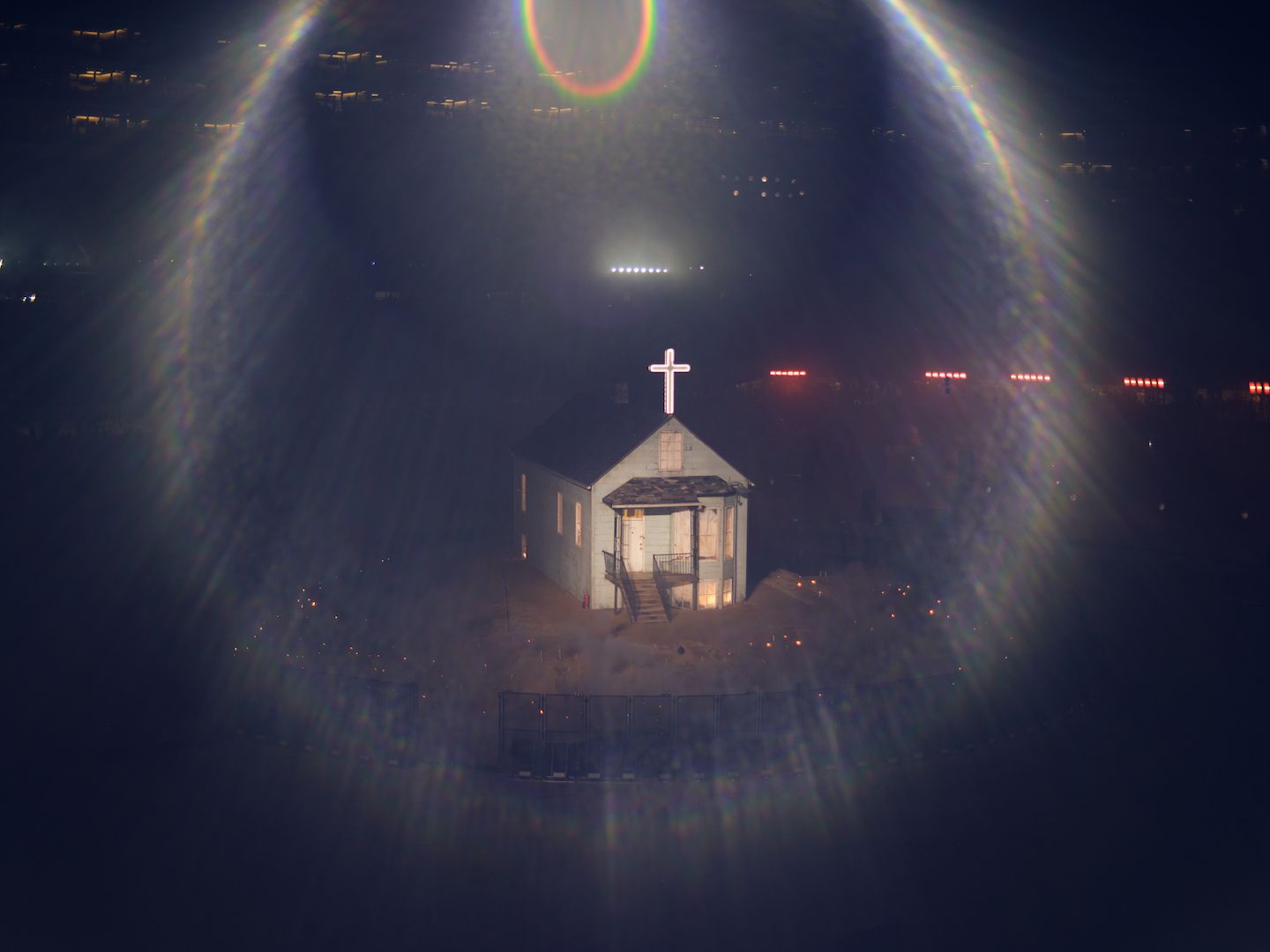 West didn’t rap—or speak—throughout the entirety of the show, but rather relied on the production surrounding him to set the tone for the evening. Pandemic be damned, it was a Thursday night in Chicago and the city’s crown jewel was home. It’s impossible to recall a single lyric from the project—between the buzz of the crowd and the lack of live microphones, the audience could only feel the music that was playing. But the 40,000 people in attendance went wild for cameos from superstars like The Weeknd and Travis Scott and experimental samples, including an evocative use of Lauryn Hill’s “Doo Wop (That Thing).”

In traditional Kanye fashion, the music trumped all — and almost distracted from the fact that West chose two of the music industry’s most controversial men of the moment to join him onstage: Da Baby, a rapper whose swift rise within the industry was halted due to recent homophobic comments, and Marilyn Manson, who is currently under criminal investigation in the state of California and has been accused of emotional and sexual abuse by multiple women. Standing with these men by his side, in front of a replica of his childhood home, with a glowing cross lighting the stage, West seemed to be painting a picture of the theatrics surrounding cancel culture. The message was one of redemption — that all of us throughout our mistakes and fumbles and mistreatments can be forgiven by God. Only God can judge us. But then, West often forgets that his fervent fans forgive him over and over again because of his music, and not his quasi-symbolic sermons. 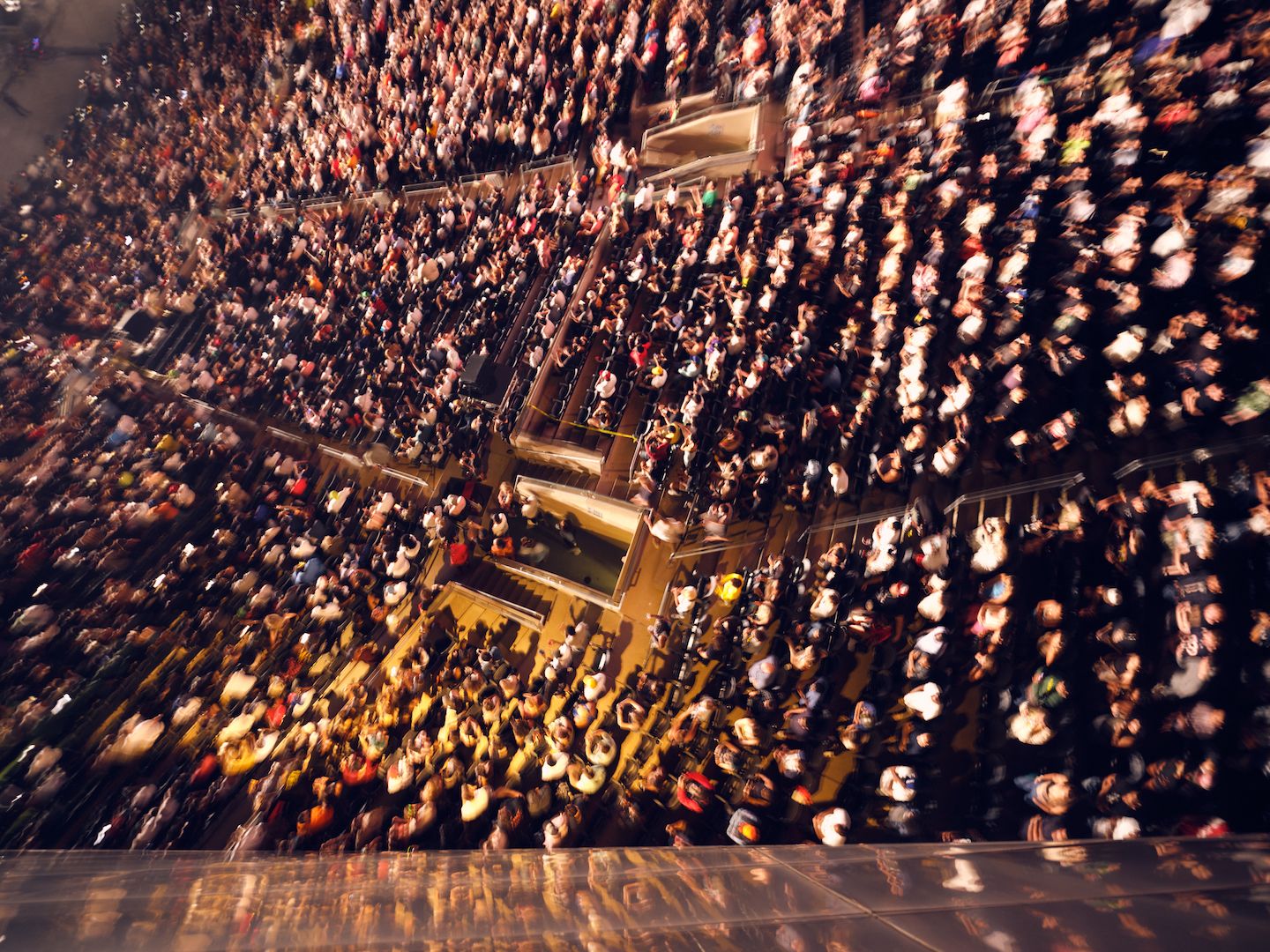 While the optics were inherently bad, the music was unabashedly good. Donda might feature West’s best creative offerings since 2016’s The Life of Pablo. The new tracks were a cohesive mix of West’s production signatures, such as smart sampling, combined with his futuristic approach to what hip-hop can truly be.

As the album crescendoed, so did the accompanying theatrics. The night concluded with West setting himself ablaze within the replica of his childhood home (maybe representing the buildup of grief, or a breakdown, or more likely, a rebirth—like a phoenix), only to be “saved” by none other than his estranged wife, Kim Kardashian West. The reality star and business mogul stepped into the stadium in a white wedding gown and veil courtesy of Balenciaga’s 2021 couture collection while West’s “No Child Left Behind” blared through the speakers. As the former spouses came to face each other, with members of the audience waiting with bated breath to see what they would do next, the stadium turned dark—and that was the end. Per West’s team (who confirmed it was indeed Kardashian underneath the pristine couture creation), her surprise appearance at the end of the event was meant to evoke how “love heals all,” rather than a confirmation that the pair had romantically reconciled. 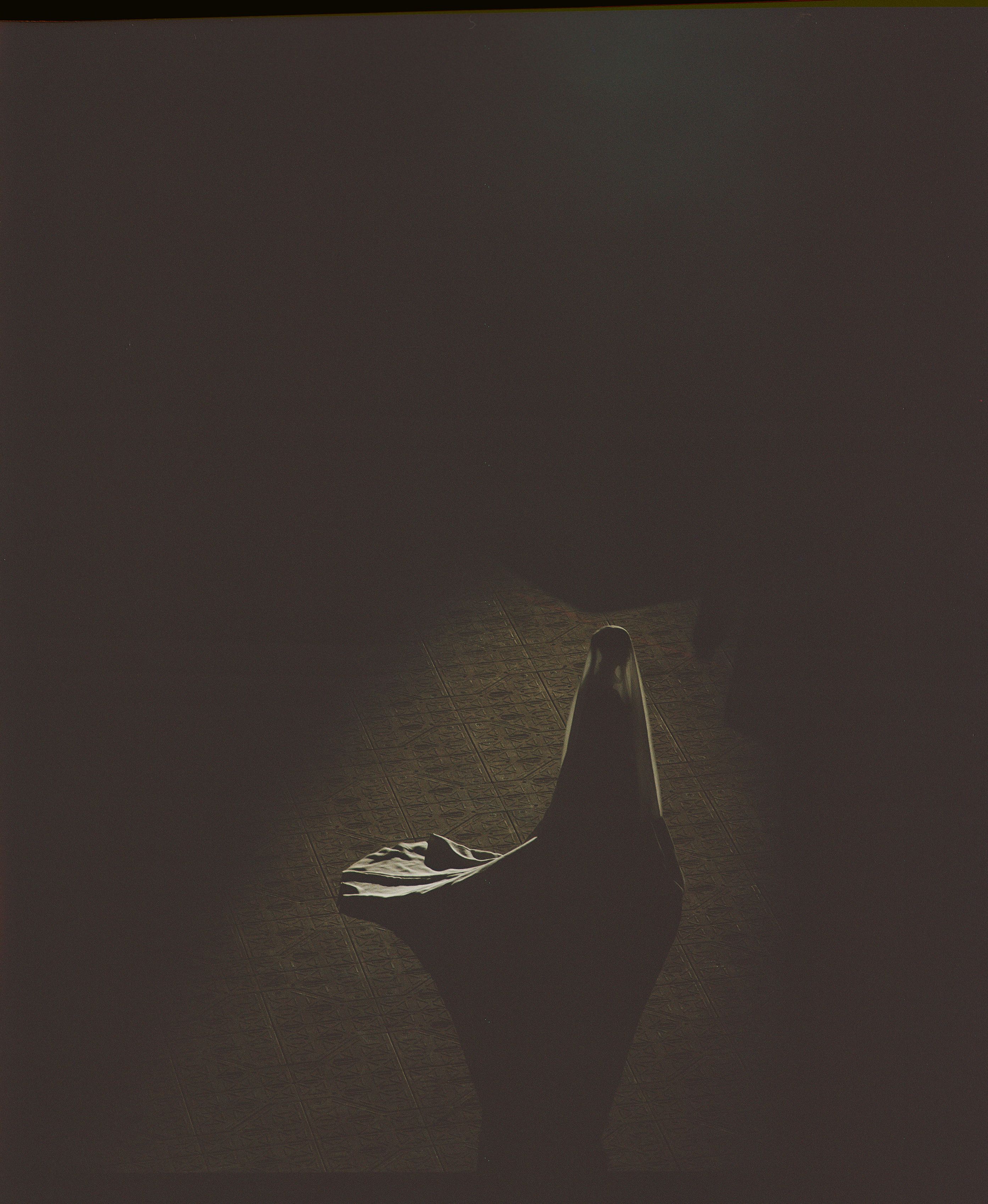 Let’s be clear: West has never made an inherently bad album in his life and Donda is no exception. It’s an homage to the woman who shaped one of the most influential celebrities of our era, and it feels like the beginning of a new phase for West. The real question is whether or not it’s good enough to discredit the controversy that comes along with his work—and that’s a decision that’s ultimately for his fans. No artist, no matter how gifted or influential, can ever rise above the impact of public critique. But West is one, who, time and time again, has come pretty damn close.

Donda is out now on all streaming platforms.