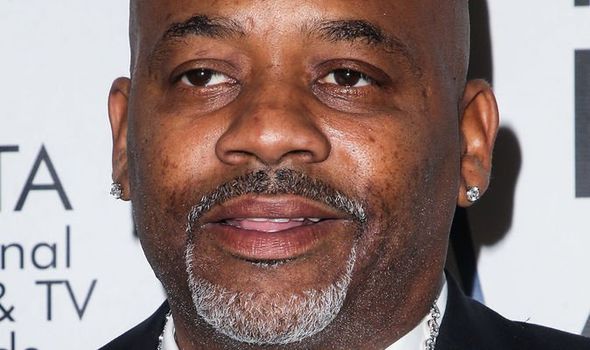 In the second half of the interview, Dame gets real about living with PTSD and his thoughts on the recent Astroworld Music Festival tragedy that claimed ten lives and injured hundreds of other concert goers.

Allison Kugel: Both of you have been on a plant-based journey for a long time. Who led the way on that?

Dame Dash: We do everything together. There is nothing we do not do together.

Allison Kugel:  But who was it that said, “Let’s eat plant-based?”

Dame Dash: Rocky wanted to go plant-based for a while, but I ate very simple things at the time; cheeseburgers, chicken fingers, not very healthy. I was always disgusted by myself for that, so there would be times when she first met me, that I was a vegetarian.

Allison Kugel: Damon, you are a Type 1 diabetic as is my father, and that is genetic. But many people are living with Type 2 diabetes or are what is called “pre-diabetic” due to poor lifestyle choices. What I found interesting in What the Health was when Doctor Neil Barnard said that Type 2 diabetes is actually created when there is so much fat being stored in our cells that the sugar (glucose) which is our body’s primary source of fuel, can’t find its way into the cells, so the sugar builds up in the blood and that is Type 2 diabetes.

Dame Dash: And what happens is your pancreas produces a certain amount of insulin to bring that sugar down, so if you have too much of it, then your pancreas is not producing enough insulin to cover all those simple carbs in your body and break that down. That is from eating meat and dairy.

Allison Kugel: When I spoke with you a few years back about your film, Honor Up, you spoke about losing your mother when you were fifteen.  Did she pass away due to chronic health issues?

Allison Kugel: When you look back on that now, do you think diet or lifestyle and environment may have played a role in her condition?

Dame Dash: I don’t know, because she was actually pretty healthy. My mom went through different phases with her health, but she always had asthma and a lot of that is hereditary. That is why I have [Type 1] Diabetes. My mom was always conscious of our food, but I did eat some bull with her. I do think, along with the anxiety and stress of being a Black woman and alone may have added to it. But I remember her saying to me, “Don’t ever let yourself say you have it, or that it is yours (regarding inheriting his mother’s asthma). It’s not yours.” And I was too much of an athletic guy to be wheezing.

Allison Kugel: How did you get involved with this new film, They’re Trying to Kill Us (produced and directed by Keegan Kuhn, who also worked on What the Health)?

Raquel “Rocky” Horn: One of our friends is good friends with Bad Ass Vegan [John Lewis].

Dame Dash: A friend of a friend, John Salley, knew them.

Raquel “Rocky” Horn: We had a friend who is really good friends with Bad Ass Vegan, and made the interview happen with Damon. From there, we actually got to interview both of them for my show, Health Is Wealth. So we flipped the cameras on them.

Allison Kugel: Damon, what are your thoughts on some of the conclusions drawn in the film, They’re Trying to Kill Us, regarding slavery and how a lot of foods and lifestyle choices that Black Americans consider being part of their culture, are actually detrimental to their health and throwbacks to slavery? What are your thoughts on that?

Dame Dash: I think it is strategic. It’s brilliant that the enemy used that as warfare, and how long it has affected us. Now that we are aware of it, we should just break the program. [Corporations and politicians] know how to keep us in a place of distress and keep us unhealthy and arguing with each other and struggling. Keep us hating each other. They know how to keep making us eat to escape the life we hate. Look at what many of us eat while we come out of the church, while we are worshiping their God, in the name Jesus, which is a European interpretation of the name Joshua (or Yeshua). So they give us this food to eat after they have given us that religion, and that is the reason most people are depressed. Unless we are happy with being unhappy, why would we not change it? The only way to change something is to do it differently, and you have to make a change to be a change. So, what is the change going to be? If you want your circumstances different, you have to do it differently. Are you going to eat differently?  Think different? Love different? Are you going to love yourself differently? It has to be different to have a different outcome.

Dame Dash: There was always a grocery store. But that little quick fix was also always readily available.

Raquel “Rocky” Horn: You mainly ate at the bodegas.

Dame Dash: Yes, I ate at the bodegas. That is my point and what I’m saying. I would go to the bodegas instead of going to the grocery store, because instead of spending ten dollars, I would spend one dollar. I would end up buying fast food or potato chips and buying what I could get for that dollar.  It was those short fixes and it was unhealthy, but would get you through the day. That is still every day, all day, for a lot of people’s whole life.

Allison Kugel: Tell me if you guys agree with this, because I’ve been eating a lot more plant-based foods lately, and I find I am not as hungry, overall? You’re eating less calories, but you are eating more nutritionally dense food, and you’re not hungry as much. Is that true for you?

Dame Dash:  It depends. We are in the house a lot and we are next to a kitchen, so we snack a lot! But while I’m working, I also smoke weed all day, so I’m high.

Raquel “Rocky” Horn: I do believe that the good food you eat makes your body feel better, and it also makes you feel energized. You have proper energy rather than empty calories from bad food.

Allison:  Are you and Dame going to get married?

Raquel “Rocky” Horn:  At some point, after Covid ends. I want to show you the engagement ring I gave Damon. I gave Damon an engagement ring. I had been wanting to give him that.  Damon’s birthstone is emerald, and I love emeralds.  I’ve always loved emeralds since I was a little kid, so it was a really special thing. I thought, “Why do girls always get the engagement ring?  So I got him one, too.

Allison Kugel: Dame, what did you think of Rocky giving you an engagement ring?

Dame Dash:  I loved it. It was beautiful.

Allison Kugel: That didn’t throw you off?

Dame Dash: We’re pretty strategic about what we do, so it was just the timing of it all. She had already accepted my engagement. We’ve asked each other to marry each other so many times and my tax problems were in the way, so we are almost there. We have a baby, and we are so in love that we don’t even know when or what, but it just goes without saying.  It just represents how fly our relationship is.

Allison Kugel: Would you say you are outside the “matrix?”

Dame Dash: I think I’m more aware.  I don’t know why, but I’ve had a heightened level of awareness of self-worth since the day I was born. I know I come from a royal lineage, and I just know I’m meant to be a king and treated like one, and a real king fights for his love. What comes with being a king is not just reaping the fruits, it’s fighting for it.

Allison Kugel: What are your thoughts on what happened with the Astroworld Music Festival tragedy? Do you think that would have happened in the music business of twenty years ago?

Dame Dash: It did happen twenty years ago. It happened with Puff at the CCNY Charity basketball game put on by Puff and Heavy D in 1991, and I was there. Seven people died, they got smothered. I saw that happen. I actually lost friends in situations like that. I don’t know the homeboy (Travis Scott), and I can’t blame anybody because I don’t know enough about it, but those things have happened, yes, and I’ve been a part of those kinds of tragedies. I’ve seen what it looks like to see people get smothered in the confusion and the chaos that comes with it. I actually know what it feels like to be in that situation, but I was up in the stands, so I got in early, but they all got stuck in the staircase and shit. I lost my friend. Her name was Dawn and she died at that basketball game. Life is so unpredictable, how something that is supposed to be a dream turns into a nightmare. That is why you have to be conscious of things. I would not have had children there. I would not have brought my kids to that festival, that is one thing I would not have done. When I hear about children being there, I think, “Why was a nine-year-old there in the first place?”

Allison Kugel: I know, but I feel so terrible to put shame on a parent that is already grieving the loss of a child. You know what I mean?

Dame Dash: I’m not putting shame. No shame. Nothing but compassion, but at the end of the day, please don’t take your children, during Covid, to a concert where there are a bunch of adults you know who are going to be getting high. That doesn’t make logical sense. I feel sorry for every single person that had to experience that. What happened thirty years ago still sticks with me. Whether I got affected or not, I got affected. I lost people and I saw people lose their lives.

Allison Kugel: Would you say you had PTSD from your experience?

Dame Dash: I still have it. I have it from a lot of things. That is why I talk to a therapist and I have a show on my network called Healing is Gangsta. I have had a lot of trauma that I had to deal with. Being from this culture is traumatizing. Being a woman and in this culture must be doubly traumatizing.  People think it’s normal, and it’s not. You can’t let your normal be unhappy or being uncomfortable. For me, if I’m bothered, I want answers right now.  I’m not internalizing anything, because it causes cancer.  If we have stress, that we are internalizing it is going to make us sick inside. I couldn’t imagine not having enough courage to speak exactly what I’m feeling honest, every time I feel it. If I had to hold everything in that I’m feeling, I would be miserable. That is the reason I’m so happy because there is nothing but honest words coming out of my mouth.