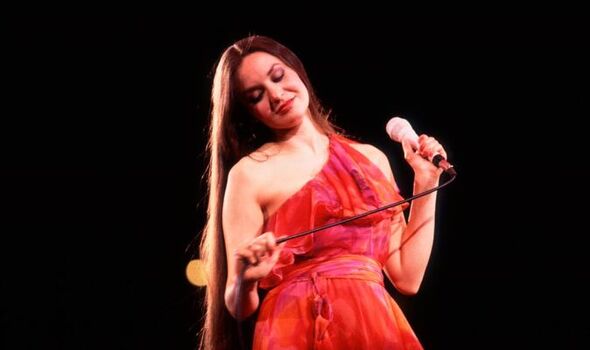 “We didn’t have much money but people would come over to hear us sing in the living room,” she recalls. Three of her siblings became country singers, most famously honky-tonk legend Loretta Lynn. “I was the only one born in a hospital,” says Crystal, adding with a giggle. “I was the accident.”

The shy, softly spoken singer, best known here for classic hits like Don’t It Make My Brown Eyes Blue and Talking In Your Sleep, was just nine when big sister Loretta found fame.

“I always knew I was going to sing,” Crystal recalls. “I sang in the church choir, and with swing bands, and with my brother’s band at the weekend. I sang for fun and to be part of it all.”

But with her elegant delivery and that warm, velvety voice, dubbed “a diamond in a rhinestone world”, the young Brenda Gail Webb was always destined for international renown.

She was just sixteen when she made her debut on Nashville’s famous Grand Ole Opry stage, filling in for an ailing Loretta. She sang Marty Robbins’s Ribbon Of Darkness.

“I was scared to death but it was incredible,” she says. “I still have the little shiny silver dress that I wore. Mum made it for me.” Fifty years later, Loretta inducted her into the Opry.

Before that, the closest she had been to the hallowed stage was looking down at it from the rafters above it with the children of Ernest Tubb, known as the Texas Troubadour.

Crystal started playing clubs while still at school. “I opened for Tex Ritter and was so in awe. I had seen all his films. Just to be in his presence was special.

“I loved playing rodeos and outdoor dates under the stars, I still do.”

Her eyes are blue, not brown, but in all other aspects, Crystal is exactly how you’d hope she’d be. Her voice is soft and friendly, her knee-length hair would make Rapunzel jealous and if her 52years of fame have gone to her head she hides it incredibly well.

Loretta helped convince Decca Records to sign her and wrote her first US hit, 1970’s I’ve Cried (The Blue Right Out Of My Eyes). The label changed her name.

“I would’ve been Brenda Gayle but they already had Brenda Lee and didn’t want two Brendas,” she says with a smile.

Gayle only emerged from her oldest sister’s shadow when Lynn told her to stop trying to be her.

Loretta “got my foot in the door,” says Crystal. “But I soon realised I had to make it on my own. She gave me the best advice. She told me, ‘Quit singing my songs, and don’t sing anything I would sing because we already have one Loretta and we don’t need another; go your own way, go middle of the road’.

“And she was right, I had to do my own thing and go a different way.” 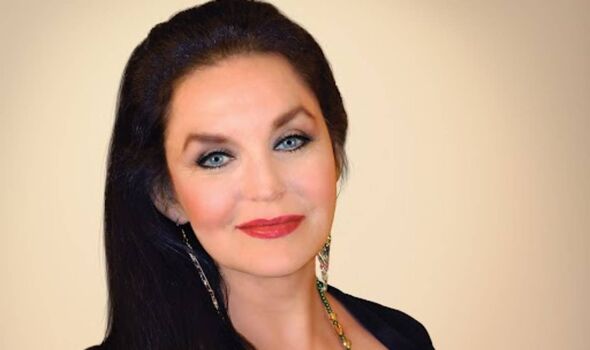 That decision made Gayle one of the most successful crossover artists of the late 70s and 80s. As well as Brown Eyes, she notched up 20 US country Numbers Ones, a Grammy, a wagon train full of prestigious awards, a custom-made Barbie doll and a star on the Hollywood Walk Of Fame.

Yet her feet remain firmly on the ground. Like Loretta’s famous song says, Gayle is proud to be a coalminer’s daughter. Sadly, their father Melvin, known as Ted, a subsistence farmer as well as a miner, developed black lung disease.

The mines closed when she was four and the family moved to Wabash, Indiana. Her mother, Clara, worked in a restaurant, before qualifying as a nurse.

“Dad died four years later; mum stayed strong for us. She did two jobs to keep food on the table.”

His passing hit young Brenda hard. “I developed a nervous habit and went into a shell. I didn’t sit and cry, it was more internal. My mother took me to see a stern German doctor who told me to quit…and I quit. I think I needed that father figure to say it. 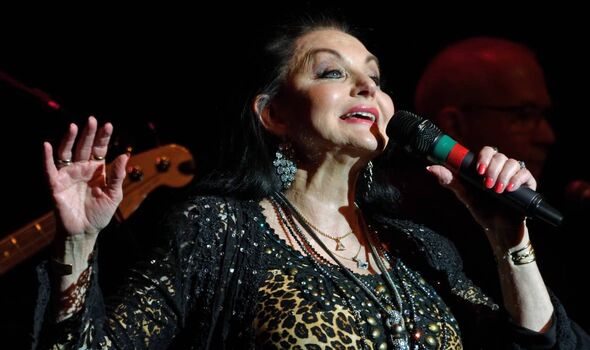 Another sister Peggy Sue Wright became a sixties country star, and brother Willie “Jay” Lee Webb was briefly signed to Sun records. But after Loretta, it was Crystal who had the most success.

She was 19 when I Cried (The Blue Right Out Of My Eyes) charted. “The first time I heard it on the radio, I was driving around Louisville; I wanted to pull over and shout ‘Does anybody know this is my song?’,” she laughs.

Moving to United Artists made her even more successful. “They teamed me up with Allen Reynolds, the greatest producer ever. He wrote my first Top Ten hit, Wrong Road Again” which ironically turned out to be the right road.

The song was composed by Richard Leigh who had originally intended it for Dame Shirley Bassey.

The album it was taken from, We Must Believe In Magic, was the first LP by a female country artist to sell more than one million copies; and Gayle’s follow-up single Talking In Your Sleep was just as successful.

After Brown Eyes, Crystal became a TV regular, appearing on Dean Martin’s Christmas In California before filming with Bob Hope and having her own TV specials.

“I went to China with Bob,” she recalls. “He was lovely, we were like a family. We played Beijing and Shanghai.”

Crystal’s smile broadens as she recalls another career highlight working with an equally respected US star.

“Kermit the frog! I did the Muppet Show in London, it was so much fun. My mum was so excited I decided to take her with me, she wanted to meet Miss Piggy. In the show’s storyline, Miss Piggy was jealous of me and wouldn’t meet me, but she came on set and met my mum!”

Crystal’s fame is unblemished by controversy. She is still happily married to her childhood sweetheart Bill Gatzimos – father of her two children and her long-term manager. The only time the police enter her story was in 2007 when her 45ft-long tour bus was stolen by an escaped convict.

“We’d parked it at the bus company storage lot in Nashville because we were flying to the next shows. Luckily we’d taken most of the equipment off. They weren’t supposed to give anyone the key, but he was a good con man. He’d escaped from a prisoner transport van and fled to Tennessee.” 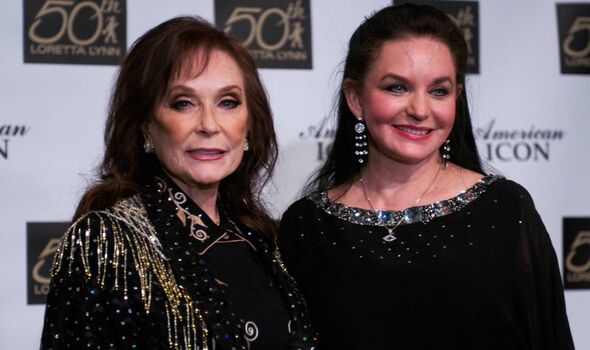 “Sulo contacted me during the pandemic. I loved his music and his writing and I had the feeling it would be fun. The first song was incredible. I loved the feel of it. It had a 70s rock feel. We’re working on another single.”

She goes on, “I’m in the studio working on a few other things. I’ve just had Covid for the second time and had to cancel shows but I want to tour as soon as possible and I’m planning to do an autobiography but in a different way.

“I’ve had an amazing life. I don’t refer to fans, to me they’re friends and I’ve made a lot of friends all over the world. That for me has been a highlight just as much as recording certain songs and winning awards.”