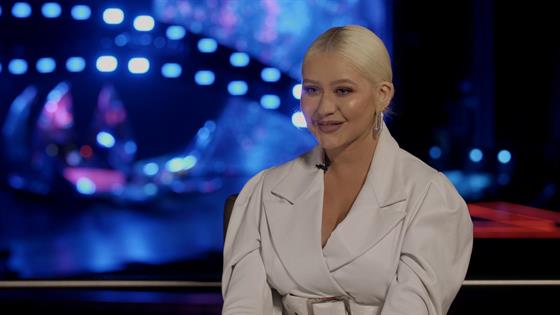 The 38-year-old superstar recently kicked off her highly-anticipated Las Vegas show, Christina Aguilera: The Xperience. Among one of the first guests to attend on opening night, none other than Demi Lovato. Over the weekend, the two snapped selfies at the Planet Hollywood Resort & Casino. And while the moment was “incredible,” as Xtina put it, she also revealed the “amazing” story the 26-year-old singer shared with her.

“Knowing that she grew up on my music and was a big fan… she told me a story where she came to one of my concerts and she turned around in the audience and pretended it was her concert,” Christina told E! News of Demi’s experience at her Back to Basics tour. “It’s an amazing story and I love hearing things like that.”

She continued, “Having those moments, sharing stories like that and hearing them is truly what keeps me going on my worst days.”

Fans of the two musicians will know that they’ve collaborated before. For Aguilera’s 2018 Liberation album, Lovato was featured on the track “Fall in Line.” 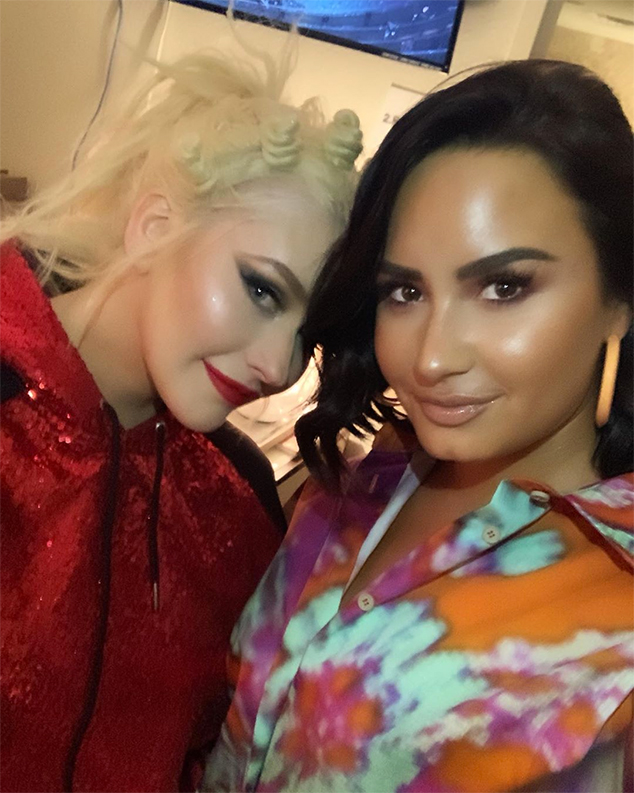 Despite working with her before, the “Confident” singer most certainly documented the moment she met “the queen herself.

“The f–king queen herself,” Lovato wrote on Instagram. “A PERFECT, perfect show.. couldn’t believe it was opening night because it was so smooth, flawless and sounded incredible. I was entertained the entire time and was so bummed when it was over until I was reunited with this beauty.”

For Xtina, this is the kind of reaction that melts her heart. “Knowing that we are touching people here, we’re moving music along and helping inspire other people” is what makes it all worth it.

What’s more? The 38-year-old star is quite literally helping others in a significant way.

The “Fighter” singer shared with E! that she’s donating a portion of the ticket sales to the women’s shelter, Shade Tree. “That is something that’s extremely close to my heart because I did grow up in a very chaotic household where there was a lot of domestic violence.”

She added, “I grew up around it and it shaped me for who I am.” By doing this, she explained that she wants to “be there for women who are struggling to find their own voice” and give them a “safe space.”

“Hopefully, this helps and gives nod to trying to make a wrong a right.”

To hear more about Christina’s Vegas residency, meeting Demi and more, check out our interview with the superstar above!

This 'Voice' Contestant Was So Good That She Made John Legend Sing: Watch