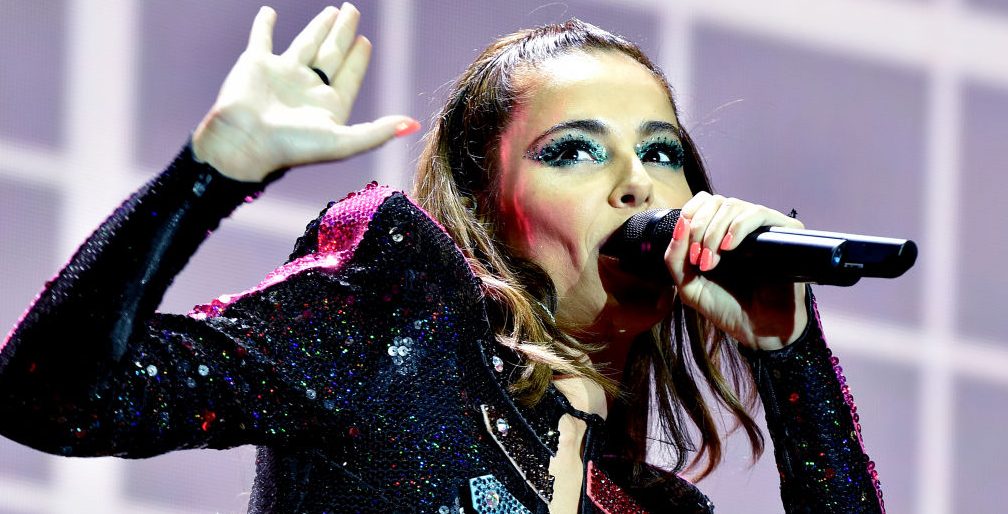 There are a few things Cheryl can be credited for – among them, her glistening pop career in Girls Aloud and becoming one of the most beloved judges on The X Factor.

But Cheryl as an authority on R&B music? Absolutely not.

Two phrases came to mind when Cheryl, a pop singer, announced her new BBC Sounds show You, Me and R&B. Those were: ‘tone deaf’ and ‘white privilege’.

‘I’ve always had an absolute love and passion for R&B and I’m so excited to share my new show with you on @BBCSounds, I’ve really been transported back re-listening to all these tracks and I’m excited for you to relive those moments with me,’ she tweeted.

A description on the website reads: ‘Cheryl dives into the world of R&B in this passionate love letter to the genre.’

After giving it the benefit of the doubt, I tuned into the first episode expecting to hear this so-called ‘love letter’ to the genre. I was then disappointed – but not shocked – to find it was merely a playlist of songs merged together with no explanation as to why each song was so important to Cheryl and certainly little of the passion previously promised, which is an insult in itself.

It honestly would’ve been better if she simply created a Spotify playlist and called it a day.

With Cheryl, she continued to make pop music with tracks like Call My Name and Fight For This Love and that’s absolutely her right. It only becomes a problem when she later takes up space in an arena where other more deserving artists are often overlooked.

The recognition of soulful British musicians has long been hit or miss.

Formally known as rhythm and blues, contemporary R&B blends soul, funk, hip hop and pop and became one of the dominating sounds of the 1980s, 90s and 00s.

R&B is historically a genre where Black women, in particular, can thrive in America. Aaliyah, Beyonce, Rihanna, Mary J Blige and Toni Braxton are among the best-selling singers across any genre, let alone R&B. Perhaps just as importantly, the respect they’ve earned in the music industry is easy to see and measure beyond their record sales.

However, it just feels different in the UK.

This country has produced some extremely talented, unique Black British voices from Beverley Knight to Gabrielle and Estelle, who have each enjoyed soaring success throughout the decades. But it seems as though they have to work harder to get the credit they should receive freely for their achievements.

The proof is in the pudding – artists like Adele, Sam Smith and even Ed Sheeran can become the biggest-selling artists in the world and bank untold millions from creating music undeniably of Black origin.

It’s the elephant in the room, but it’s true. The facts are they are white and deemed easier to sell to wider audiences internationally.

This is why the phrase ‘white privilege’ came to mind when Cheryl announced her radio show. As far as we can see publicly, she’s contributed nothing to R&B yet her palatability has earned her a position that belonged to an artist with genuine roots in the genre.

It would probably have been more significant if a rising talent was afforded the opportunity to create a ‘love letter’ to R&B – the likes of NAO, Celeste and Olivia Dean are among those who would have been a great fit.

At this stage, it’s no longer enough to give someone a platform because they’re a general ‘fan’ of an area or because they sell. In this case, Cheryl has no business representing a genre she’s played no part in building up.

In the long run, it’s more meaningful to amplify artists who have struggled to be heard, who’ve dedicated their life’s work to the cause than seeking the quick, easy gain.

Mary J. Blige Says She 'Cried Like a Baby' When She Turned 50 Last Month: 'I Made It'