Brian May performs guitar version of The Wellerman sea shanty

Throughout the pandemic, Brian May has been cheering fans up with all sort of fun and positive messages and videos on his Instagram. And now the 73-year-old’s latest post sees a hilarious parody of Sir Winston Churchill singing some Freddie Mercury Queen hits. May captioned it: “A time for heroes ! Bri.”

The new video was created by comedian Alasdair Beckett-King, whose original video you can view below.

In the footage, Churchill sings the lyrics of We Are The Champions, Bicycle Race and Flash.

Freddie famously wrote the first two tracks while Brian penned Flash as the theme song for the 1980 movie Flash Gordon.

The Queen version is sung as a duet between Freddie and Brian while drummer Roger Taylor added high harmonies. 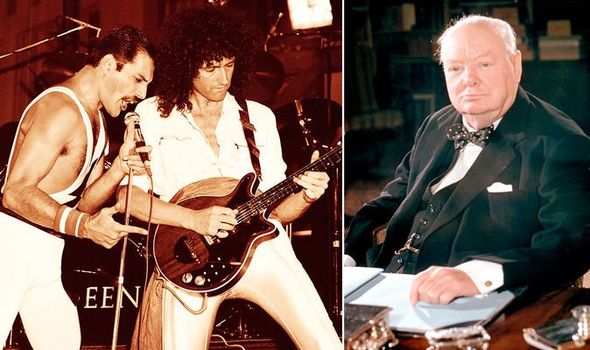 One said: “Not gonna lie to you, Bri … this is mildly terrifying!”

Another wrote: “I kept it together until the ‘Ahhhh!’ part of Flash.” While another joked: “Brian it’s 2am what is this!”

This year marks the 50th anniversary of Queen’s final line-up as a band, when John Deacon joined as bassist in 1971. 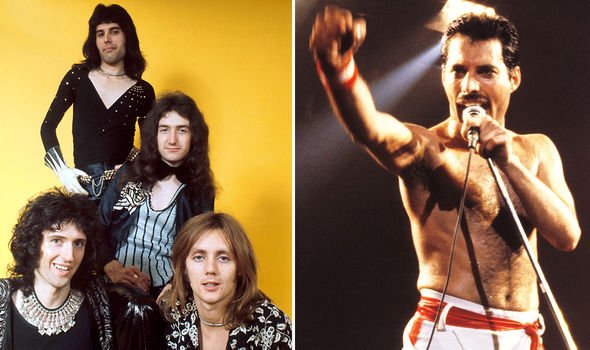 Sadly, Queen and Adam Lambert have had to postpone their UK and European tour to summer 2022.

However, Brian and Roger have all sorts of surprises up their sleeves for fans this year.

They kicked off by announcing the launch of Queen Rock Tour, a mobile rhythm game for Android and iOS devices.

And now the band have announced Queen The Greatest, a weekly 50-episode series on their official YouTube account that will look back at the most extraordinary moments from their history so far.

Kicking off on Friday, Queen The Greatest will present the band’s history in chronological order.

According to the series’ synopsis: “[It] will take you from Queen’s earliest shows at London’s Rainbow and Odeon through vast arenas across the entire world on a journey culminating with the band’s latest record-setting achievements with Adam Lambert.

“Along with spectacular concert footage, sound checks, backstage and rare after-show access we get to explore the stories behind the songs, hits and album tracks, drawn from the extensive footage that exists in the official archive while also uncovering and sharing rare and previously unseen gems.

“Some of these moments will be familiar, others rare or forgotten, some record-breaking milestones, others quirky and unusual but all of which remind us of the impact Queen has maintained for five decades and continues through to today.”

They said: “First months of the regular weekly output will see it celebrate classic hits such as Killer Queen, Somebody To Love and, of course, Bohemian Rhapsody, along with iconic performances at London’s The Rainbow, Hammersmith Odeon and the band’s massive outdoor Hyde Park concert.

“In addition, revealing some gems from the band’s first tours abroad to Europe, Scandinavia, and North America.”

And aside from the band’s golden jubilee, May did admit to Express.co.uk last year that he’d be up for Queen and Adam Lambert performing at Queen Elizabeth II’s platinum jubilee in 2022.