Brian May performs guitar version of The Wellerman sea shanty

Last year, Queen and Adam Lambert performed on tour across Asia and Oceania before the first lockdown. Finding himself stuck at home, Brian May shared his struggles with fans through his Instagram account as he ended up in hospital after tearing his Gluteus Maximus, which left the guitarist in terrible pain. If that wasn’t bad enough, the 73-year-old also suffered a heart attack, but has miraculously kept his spirits up in the months since; continuing to persevere and produce new material.

In 2020, May went on to release a couple of charity singles and Queen and Adam Lambert’s first album Live Around The World.

Now in the UK’s third national lockdown and the band found their UK and European tour postponed once again to 2022.

In fact, he’s currently doing all-nighters at home as he works on a new track with his regular collaborator Kerry Ellis, the original Meat from Queen musical We Will Rock You. 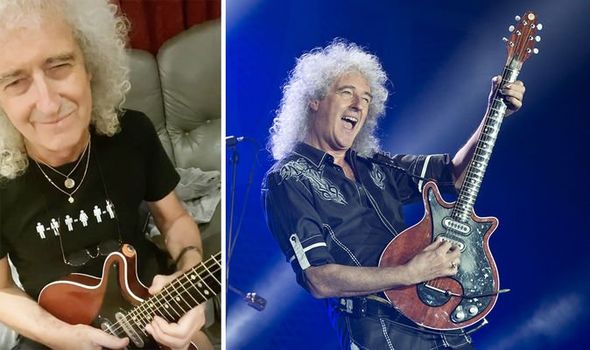 May has remained positive but admits he does struggle not to lose courage with over 100 days left before the pandemic restrictions are expected to fully lift.

Sharing a new drawing on his Instagram on himself with his electric guitar, the Queen star wrote: “Kapow !!!

“Totally leaping out of the frame !!! Very ingenious ! Thanks @chiaratomaini for capturing a mood so beautifully.

“Now I can treasure that feeling long after it has left my body.” 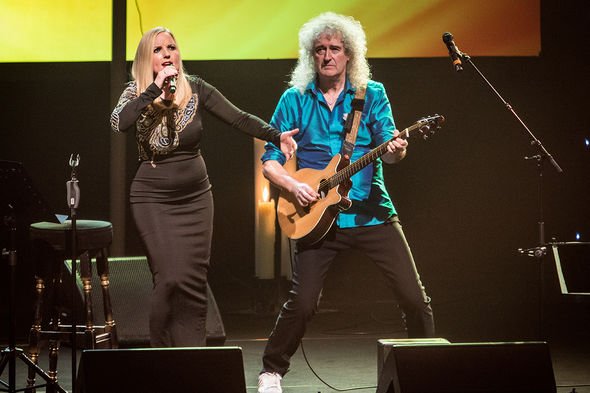 May added: “Even in the lovely sunshine of today I found it hard to shake off the carping feelings of despondency which reach up and crawl around me as these days slip by.

“But I will get back in there tonight and try to reignite the smouldering embers of the Spirit of Rock !!!

“Apparently we need landscape vids rather than portrait, so I need to do that anyway. Be strong, folks. Somehow …. somehow …. it’s gonna be all right ! Bri.”

While in his latest post, the 73-year-old confirmed his new track with Ellis was on the way, which looks like the start of a new album for the duo.

Last December, May and Ellis released festive single One Beautiful Christmas Day and Express.co.uk had a chance to catch up with the singer.

During our chat, we asked about future projects for the pair and the 41-year-old shared how they’re working on a new album together.

Ellis said: “Ironically, before the first lockdown we were in the studio three songs into a new album.

“This [Christmas song] was to put something out, keep the interest out there, and then hopefully when we can get back into the studio again we’ll carry on with that!”

Ellis added: “It’s been difficult but we’re on the road to a new album…hopefully sometime next year maybe.”

Meanwhile, May and Roger Taylor have shared a Queen related surprise to be unveiled on Monday, March 1st.

A mini trailer teases: “This year they will rock you on mobile.”

The accompanying footage sees CGI animated versions of Freddie Mercury, John Deacon, May and Taylor in their Bohemian Rhapsody poses, so what could this mean? Well, fans only have one more day to wait before finding out.

Tom Jones Delilah: Who is Sir Tom’s song Delilah about? Did he write it?