Another year, another Barack Obama playlist. Over the past few years, the former US president has turned his summer playlists and reading lists into a beloved tradition, with many creatives hoping to end up on it. In the past, Obama’s music playlists have included some not-so-unexpected artists such as Beyoncé, Jay-Z, and Prince, as well as more surprising names like Travis Scott, Young Thug, and Cardi B. Given Obama’s passion for music, however, it shouldn’t be all that shocking.

“Music has always played an important role throughout my life — and that was especially true during my presidency,” he revealed on Instagram in November 2020. “While reviewing my notes ahead of debates, I’d listen to Jay-Z’s ‘My 1st Song’ or Frank Sinatra’s ‘Luck Be a Lady.'” He continued, “Throughout our time in the White House, Michelle and I invited artists like Stevie Wonder and Gloria Estefan to conduct afternoon workshops with young people before performing an evening show in the East Room. And there were all sorts of performances I’ll always remember — like Beyoncé performing ‘At Last’ for our first dance at our inauguration, Paul McCartney serenading Michelle in the East Room with ‘Michelle,’ and Bob Dylan flashing me a grin before vanishing after his performance of ‘Times They Are a-Changin.'”

And now, to keep the tradition alive, Obama has revealed his summer playlist for 2021 … and (once again) it’s full of surprises. Scroll on to find out what the former president is currently jamming to. 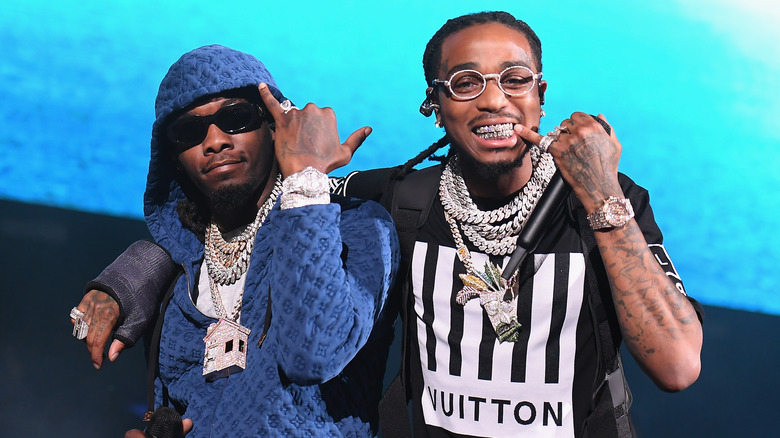 On July 10, Barack Obama took to Instagram to share his annual summer playlist. This time, however, it’s a special one. “With so many folks getting together with family and friends, there’s a lot to celebrate this summer,” he explained. “I put together a playlist of some of the songs I’ve been listening to lately  —  it’s a mix of old and new, household names and emerging artists, and a whole lot in between.”

This summer, Obama’s playlist includes classics such as Louis Armstrong’s “A Kiss to Build a Dream On,” Bob Marley’s “Exodus,” and Ella Fitzgerald’s “Lush Life” … as well as rap hits like Migos’ “Straightenin,'” Drake and Lil Baby’s “Wants and Needs,” J. Cole’s “Neighbors,” and Masked Wolf’s “Astronaut in the Ocean.”

And, as expected, people’s reactions on social media are pretty hilarious. “I can’t unsee Barack Obama walking out to astronaut in the ocean,” one fan tweeted. “Michelle when she see barack Obama try to Play Astronaut in the Ocean for the 10th time in a row,” another wrote, sharing a clip of Michelle hilariously snatching Barack’s phone away.

Some rappers (and their associates) have also taken to social media to comment on Obama’s picks. “Told y’all Straightenin song of the summer Obama said it!” Migos’ Quavo wrote under The Shade Room’s post. “I can really imagine Barack taking important calls like ‘ain’t nothin but alil bit of straightenin,'” Cardi B also tweeted. “Congrsts boys @Migos.”

Music Industry Observing Black Out Tuesday in Solidarity with BLM

Gwen Stefani Confirms What We Were All Suspecting