Tobias Lindholm emphasizes his characters’ humanity, an approach that won over Jessica Chastain and Eddie Redmayne, stars of the Netflix true-crime thriller. 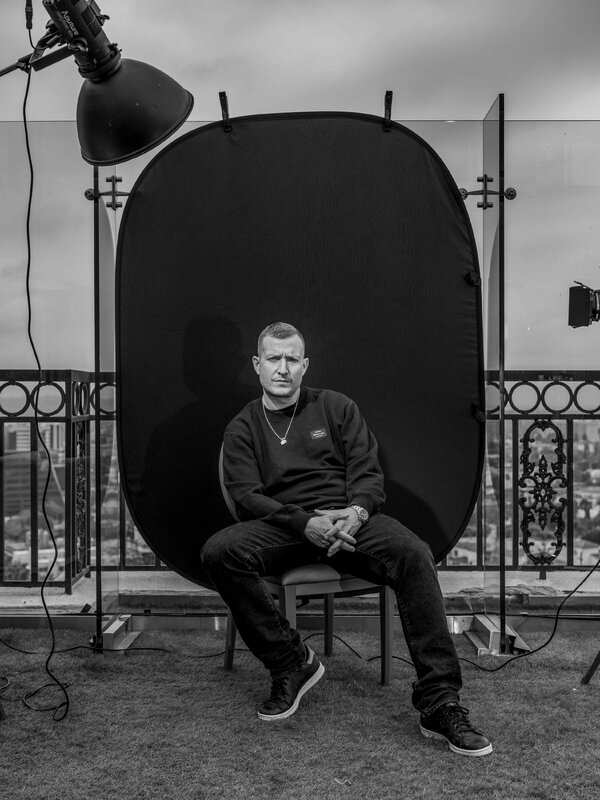 The true-crime thriller “The Good Nurse” is ultimately an indictment of American systems: the hospitals that turned a blind eye to the atrocities of Charles Cullen, a nurse who admitted to killing 29 patients and may have killed dozens more as he quietly moved from job to job; and the interlocking demands of employment and health care benefits that held back Amy Loughren, a fellow nurse who eventually helped bring Cullen to justice.

“The Good Nurse,” which is adapted from Charles Graeber’s nonfiction book, is also a movie that would not exist without another American system — namely, Hollywood. Its stars include two Academy Award winners, Eddie Redmayne as Cullen and Jessica Chastain as Loughren, and Netflix is releasing it Wednesday on its streaming service.

This is the first English-language film for the director Tobias Lindholm, a Danish screenwriter and filmmaker, and “The Good Nurse” has the potential to be seen by his widest American audience yet, though many viewers may already be familiar with Lindholm’s work.

At 45, he has seen many of his films and TV series cross seamlessly into the American marketplace, without having to sacrifice his homegrown artistic sensibilities. Those projects include the political TV series “Borgen,” which he wrote for; the life-affirming drama “Another Round,” which he wrote with its director, Thomas Vinterberg; and the procedural mini-series “The Investigation,” which he wrote and directed.

Lindholm has always eyed Hollywood warily, regarding it as a place where some of his peers lost their way. Speaking from his office in Copenhagen during a recent video conversation, Lindholm said, “I had seen a lot of awesome fellow Scandinavian filmmakers disappear in the American studio system and not end up making the film they wanted to make.”

Yet Lindholm said he inherently identified with what he considered American cinema, in which people are defined by their jobs. (“That’s why all your stories are about presidents, police officers, sheriffs, cowboys, detectives,” he said.) He contrasted that with European cinema, which he said is “obsessed with psychology and caught up in emotions.”

Lindholm said “The Good Nurse” was the right American film for him, one that exemplified his own narrative philosophy. As he put it, “Good storytelling should be around 50 percent identification and 50 percent fascination.”

Lindholm grew up fascinated with American cultural exports like jazz and hip-hop, and devoted his early 20s to pursuits like skateboarding and graffiti before enrolling in the National Film School of Denmark.

There, he met future collaborators like Jeppe Gjervig Gram, a fellow “Borgen” writer, and his future wife and producer, Caroline Blanco. Before graduation Lindholm was tapped by Vinterberg, a co-founder of the Dogme 95 film movement, to help him write what would become the 2010 social realist feature “Submarino.” That same year also saw the release of “R,” a prison drama that Lindholm wrote and directed with Michael Noer, and both movies earned widespread international acclaim.

His résumé rapidly grew to include “Borgen” as well as the script for the 2012 drama “The Hunt,” another collaboration with Vinterberg. Lindholm also wrote and directed “A Hijacking,” a 2012 thriller about a cargo ship captured by pirates in the Indian Ocean, and “A War,” a 2015 drama about Danish soldiers in Afghanistan.

'We Summon the Darkness' Trailer: Headbang to Some Heavy Metal Horror

Kal Penn Comes Out, Announces Engagement to Partner of 11 Years

‘I Lost My Body’ Review: The Quest of a Severed Hand