Augustus Gloop notoriously fell into the chocolate river and was sucked into a tube, sending him to the next stage of the candy-making process. But behind the scenes of the classic film, that cacao-like liquid couldn’t entice the merriest of Oompa-Loompas to sip or dip. 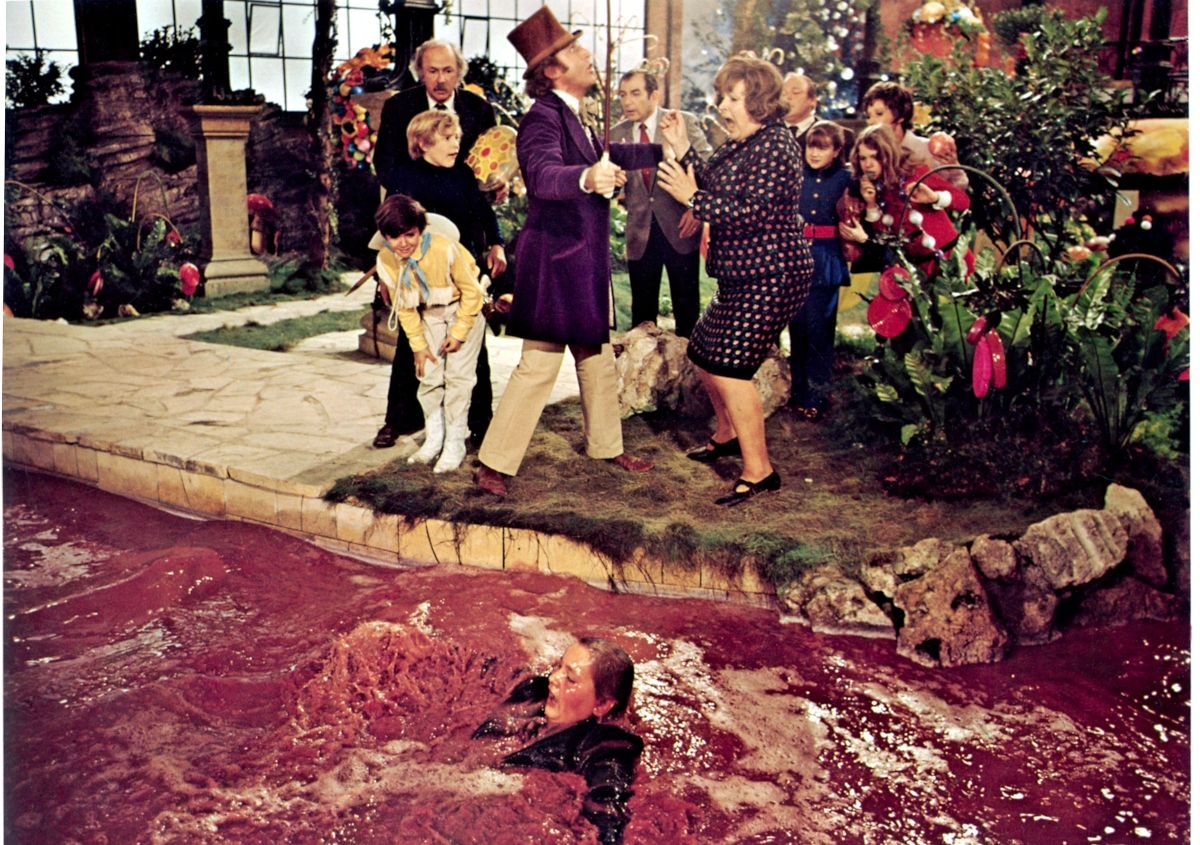 What was the Willy Wonka chocolate river made of?

To bring Roald Dahl’s book to life, the movie-making team behind the fantasy world tapped into their own imaginations. The inside of the chocolate factory was filmed inside Germany’s Bavaria Studios in Munich, and its design was left in legendary art director Harper Goff’s hands.

According to Life magazine, Goff had to construct the set with fantasy elements similar to Neverland and Alice in Wonderland. Lollipops and chocolate decorated the candy factory where wonder and whimsy met the world of manufacture. With that in mind, the chocolate river served a purpose and had to flow. Per director Mel Stuart, the liquid moved but had a funky odor.

“The river was made out of a lot of weird stuff,” he told the Director’s Guild of America. “But basically, it was chocolate powder, was the main ingredient. But the problem with the chocolate powder was that first of all, when it laid there all night long, the odor was insufferable. Plus the fact when the fountain, that big fountain came down and gushed, it turned everything white.” Stuart explained they went to Berlin to acquire a white anti-shampoo powder to mix with the concoction.

“So, we put the anti-shampoo powder in with the chocolate,” he said. “It wasn’t chocolate, it was dark water — made with a lot of chocolate powder. But it had to keep going. But in the morning, ‘till they started up the motor, the odor was just, it was just terrible.”

While the flowing chocolate waterfall and river were not fit for human consumption, Goff thoughtfully added in some edible set pieces.

In a 1971 featurette for the Willy Wonka film, he said, “Willy Wonka invents all this strange and fabulous and wonderful kinds of candy that every child dreams about. Everything that looked like candy had to be edible, because in the story, the children go around in the main chocolate room eating the growing candy.”

Julie Dawn Cole — who played Veruca Salt — once recalled disliking the candy-filled pumpkin because she wasn’t fond of chocolate. And she also shared that the wallpaper tasted exactly like… wallpaper.

Roald Dahl and the cast loved with the set

Despite the chocolate water posing an olfactory challenge, the set itself brought the book to life. Per Life, Dahl found Goff’s work remarkable, and he commented that the rooms were “marvelous” and “beautiful.”

Director Mel Stuart wanted to keep his child actors — Michael Bollner, Cole, Peter Ostrum, Paris Themmen, and Denise Nickerson — in the dark about the big chocolate room until it was time to film. With the exception of Dawn Cole (who had a sneak peek), all the surprise reactions that viewers see in the movie are genuine. They were truly in awe.