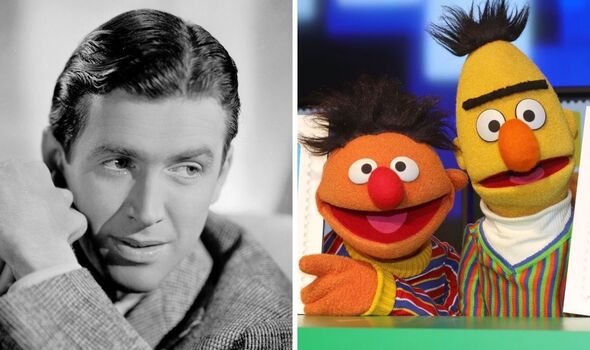 It’s a Wonderful Life, the beloved Christmas classic from 1946, remains an absolute must-watch for film aficionados over the festive period, and is currently streaming on platforms such as Amazon Prime. The flick follows the character George Bailey, who spends his life trying to please those around him but ends up losing his temper and contemplating suicide on Christmas Eve. After being shown by a ghost what the world would be like had Mr Bailey never existed, the character, played by James Stewart, finally accepts his lot, and how he has influenced everyday life and is at last happy.

Initially, It’s a Wonderful Life was on the receiving end of mixed reviews from critics and was considered a box office bomb. Yet once its copyright lapsed and it fell into the public domain, it was able to be regularly broadcast without a fee and has since become a huge hit with viewers.

Despite the lukewarm reception, it still was nominated for five Academy Awards, including Best Picture, and in 1990 it was given “culturally, historically or aesthetically significant” status and added to the National Film Registry of the Library of Congress.

Its influence remains, so much so that an urban legend has also been linked with the film, with viewers convinced that Sesame Street duo Bert and Ernie were named after two of Mr Bailey’s friends in the film.

His two best pals are the Bedford Falls policeman Bert, who was played by Ward Bond, and the town’s taxi driver Ernie (Frank Faylen). This gave rise to the theory that the Bert and Ernie Muppets were founded after them.

But the theory was eventually thrown out by Sesame Street writer Jerry Juhl, who wrote in a 1999 article for the San Francisco Chronicle about the claim which had “persisted over the years”.

He continued: “I was not present at the naming, but I was always positive it was incorrect. Despite his many talents, Jim (Henson, Muppets’ creator) had no memory for details like this.

“He knew the movie, of course, but would not have remembered the cop and the cab driver. I was not able to confirm this with Jim before he died, but shortly thereafter I spoke to Jon Stone, Sesame Street’s first producer and head writer and a man largely responsible for the show’s format. (Jon, sadly, is no longer with us either.)”

Juhl added: “He assured me that Ernie and Bert were named one day when he and Jim were studying the prototype puppets.

“They decided that one of them looked like an Ernie, and the other one looked like a Bert. The movie character names are purely coincidental.”

The film cemented Stewart’s status as one of Hollywood’s finest stars, but reports suggest that during filming he struggled. It’s a Wonderful Life was the first film he made after serving in World War Two.

He also did not enjoy a good relationship with his co-star Donna Reed, and their time together on set was detailed by her daughter Mary Anne Owen, who spoke to Closer Weekly about the film.

Owen continued: “She was quite happy when it came out. I mean, she passed away in ’86, but by the early ‘80s it was on constantly, but we always watched at Christmas and she was so happy that it was so popular.”

Years later, Stewart reportedly explained that It’s A Wonderful Life was the reason he continued wanting to make films after the war effort, and had in actual fact considered quitting the profession altogether.

Reed, though, was not as convinced. The Oscar winner, speaking during the film’s director Frank Capra’s receiving of the American Film Institute’s Lifetime Achievement Award, added: “Well it had an entirely different effect on me.

“When I finished making that film I thought perhaps I might not make any more movies. I suppose I knew on some deep level that I would never have another experience in a film to equal it.”

'We Can Be Heroes' Featurette: How Robert Rodriguez Created the Visual Effects in His Kid Superhero Film

The 10 Best International Action Movies of the Decade