Just when you thought it was safe to go back into the toy aisle, Chucky’s back and ready to slash.

Every good horror-movie villain gets a generational reboot (Jason, Freddy, Pennywise), and the murderous red-haired doll gets timely and technological in the new “Child’s Play” (in theaters Friday). It’s a title that definitely has a history: The original 1988 flick introduced Chucky to the masses, reached cult status and unleashed six sequels.

The first film and the new project share the same name, as well as a child’s plaything with a mean streak and a penchant for wielding really large kitchen cutlery, but there are a bunch of differences, too. Let’s compare the two flicks point by point and see which is the best “Play.”

Summer scares: 10 horror films we’re freaking out about this season 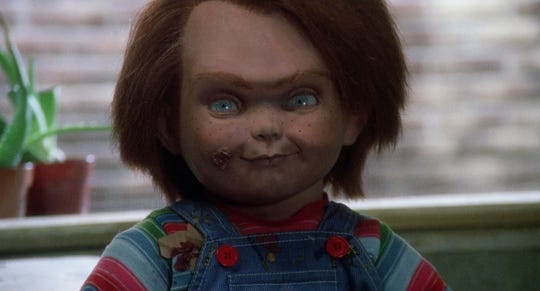 The original Chucky (voiced by Brad Dourif) is one bad little dude since he houses the soul of an evil serial killer. (Photo: SHOUT FACTORY)

The new film reimagines Chucky (voiced by “Star Wars” icon Mark Hamill) as an app-driven wonder from the Kaslan corporation (think Apple but way more ingrained in our lives) who has his safety precautions turned off courtesy of a fired factory worker,  leading to violent tendencies when it comes to his human “best friend” Andy (Gabriel Bateman). The fact that Chucky 2.0 can control cars, drones and all sorts of personal tech is insidious and thought-provoking, but come on: The original monster (voiced by Brad Dourif) was a serial killer named Charles Lee Ray, who put his soul in a “Good Guys” doll before he died. That’s just crazy inventive. 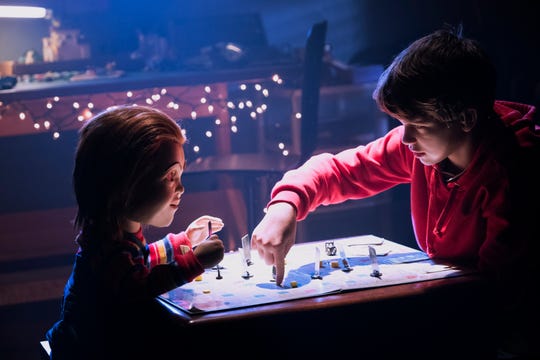 In the new "Child's Play," Chucky (left, voiced by Mark Hamill) is a friend to the end to Andy (Gabriel Bateman) — which leads to some violent outcomes. (Photo: ERIC MILNER)

But the doll himself gets some welcome upgrades.

Original Chucky is a hoot when he becomes freakily sentient, going on a killing spree with one heck of a mouth on him. His plastic lips contort with rage and his wild hair frizzes out, which is that much more striking when you see him in his cute overalls. In the new movie, the “Buddi” doll who becomes Chucky lurks in the shadows, leans more mischievous and feels less like a prop. Also, as visceral and homicidal as Dourif’s vocals are, Hamill takes it to the next level, giving Chucky a heartfelt bent at first that twists into gleeful evil as the doll goes off the rails and hatches a superstore showdown with his human enemies. (And Hamill sings!) 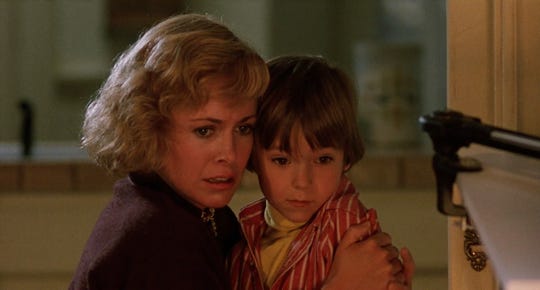 The 1988 film is plenty silly, and one of the more out-there concepts is the cops think that Chucky’s 6-year-old owner, Andy (Alex Vincent), is actually responsible for all the psychotic carnage wrought by his new BFF. One of the nice things about the revamp is tween Andy – whose mom (Aubrey Plaza) gets him a Buddi to cheer him up, even though he has aged out of such things – is old enough to understand what Chucky’s doing, feel actual guilt and want to do something about it. (It also opens up a character arc where he goes from isolated kid to having friends who get embroiled in all the Chucky drama.) 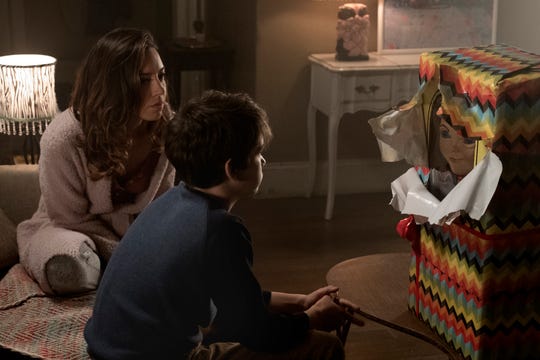 The supporting players are seriously improved.

The original movie offered Catherine Hicks as Andy’s mom, who was essentially the main protagonist as she researched Chucky’s occult leanings and tried to find evidence of her kid’s innocence. The main cop played by Chris Sarandon was way more forgettable. But the cast is deeper in the new “Child’s Play.” Plaza is the single mom who’s unaware of Chucky’s killer tendencies yet in a way is the heart of the film, Brian Tyree Henry is great as a cop confidante to Andy, and there’s a whole bunch more victims for Chucky’s antics. Which leads us to … 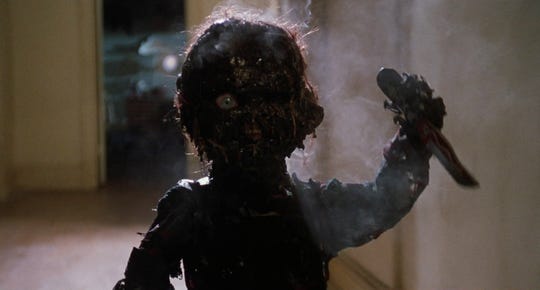 Chucky takes a licking and keeps on ticking in the original "Child's Play." (Photo: SHOUT FACTORY)

It’s much bloodier this time around.

There are stabbings, electrocutions and one hellacious fall out a window in the first movie, but that’s, well, child’s play compared to what Hamill’s Chucky unleashes. One dude meets a bloody end courtesy of a lawnmower, another feels the business end of a saw in a very, very sensitive place, and a severed head becomes a running joke. This one’s totally for the gorehounds.

So, which Chucky rules?

Unlike other horror movie reboots, old and new “Child’s Play” vehicles feel like their own things. Thanks to the nutty Chucky who started it all, the first film remains wholly watchable. The new devil doll works, too, though what makes the redo most terrifying is its allegorical take on mankind’s reliance on personal tech and what happens when something evil starts running the machines.

‘Doctor Sleep’: Ewan McGregor stars in the horror follow to ‘The Shining’