Films as different as the biopic “Till” and the thriller “Resurrection” use lengthy monologues to give female characters the chance to truly be heard. 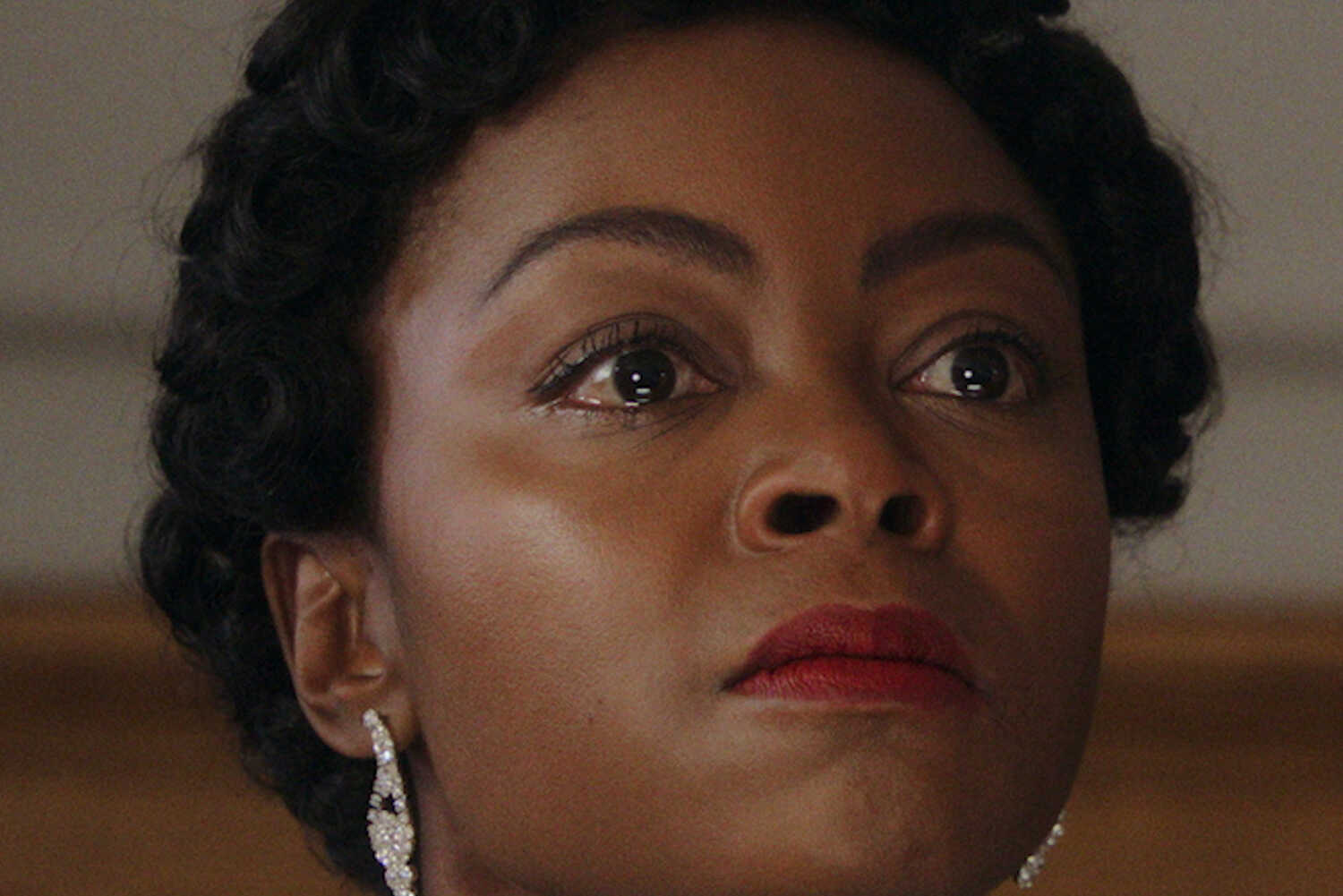 It’s not every day that a movie is released consisting entirely of monologues, as is the case with Frederick Wiseman’s recent drama, “A Couple,” which puts the spotlight firmly on Sophia Tolstaya and her unhappy marriage to Leo Tolstoy. That wasn’t the only 2022 film to use a monologue in a surprising way. In August, the curious psychological thriller “Resurrection” featured one longer than any in “A Couple” and probably the longest onscreen all year. And in “Till,” which recounts the brutal 1955 murder of Emmett Till, a key courtroom shot of Emmett’s mother, Mamie Till-Mobley, on the stand is held for more than six minutes, every second filled with emotion.

These three very different films harness the power of long takes in which we are face to face with a character as she speaks. It seems no coincidence that all three characters are women, as each film makes space for their experiences to be listened to and centered. (Two other recent releases underline the significance of speaking out right in their titles: “She Said” and “Women Talking.”) The duration of these shots grabs our attention: Like the camera, we don’t turn away, our focus trained on one person in one moment. And in these particular scenes, there’s a rawness, a soul-baring candor, that keeps them from having the feel of an actor’s showcase. We’re being pulled in close, not performed to.

In “Resurrection,” Rebecca Hall speaks for seven minutes, in the hushed half-light of an office after hours, to an intern she has been mentoring. So far in the film, we’ve watched Hall’s character, Margaret, a respected executive and single mother of a teenager, unravel after the arrival of someone from her past, David (Tim Roth). Her monologue is an account of her relationship with him when she was younger. David, a friend of her parents, had groomed her and initiated a baroque dynamic of sadism and gaslighting. The two had a baby, living alone together in the Canadian hinterlands, and Margaret describes leaving the infant with David at one low point.

We are left to understand that the baby suffered an awful fate in David’s hands — a crushing revelation that comes about 40 minutes into the movie. But Hall delivers this chilling history with a tone at times rueful and meditative, as befits a memory she has lived with but contained like plutonium for years. Although she escaped the prison of their relationship, her terrible grief and guilt remained. Perhaps because of the monologue’s length and unadorned presentation, Hall has said she was reminded of the heightened experience of stage acting, which comes through in her modulated delivery and the palpable tension in the air.

The extremity of the experience can feel almost surreal, and Margaret’s monologue doubles of course as a declaration that she has survived and lived to tell this tale alone. As the movie continues, she still struggles to exorcise the demons of grief and guilt, feeling protective panic as a mother because of David’s arrival, so many years after she’d moved and changed her name. But for the length of the monologue, she is able to occupy a space without intrusion or demands, and unburden herself, almost in a moment of impromptu therapy. As “Resurrection” progresses in (cathartically) macabre fashion, it draws on this monologue’s well of emotion.

Another genre film, Ti West’s “Pearl,” also uses a marathon monologue to terrific but very different effect. Mia Goth plays the title character, a farm gal who, speaking to a friend, confesses her violent urges — as well as the murders that she has committed. The five-minute-plus piece (which she delivers as if addressing her husband) cracks the movie open in a new way, because as horrifying as what Pearl says, her pain and desperation are also evident. In West’s brightly colored horror tale, all this is more openly played for unhinged humor, and Goth (who has been nominated for an Independent Spirit Award for her performance) continues her loopy rampage as Lizzie Borden-meets-Pippi Longstocking.

Genre extremes aside, both monologues involve sharing stories of great violence, and violence is at the heart of Mamie Till-Mobley’s testimony, which breaks the brutally enforced silence of the Jim Crow South. Chinonye Chukwu’s “Till” broaches the murder of Emmett Till and the heroism of his mother, Mamie (Danielle Deadwyler), before, during and after the trial of his killers, which unfolds as a travesty of justice. The courtroom sequence transcends what we’ve been trained to expect, the dramatic reveals, ripostes and objections.

The camera holds steadily on Deadwyler as Mamie is asked about how she identified her son after his body was found. It’s an inherently cruel line of questioning that turns the disfiguring savageness of his murder into a pretext for doubting her. Deadwyler and Chukwu turn the scene into something else again, a demonstration of resolve, righteous anger and love. Mamie holds her ground with dignity and composure, in a rebuke to a court that has just let a sheriff testify that Emmett Till must be alive and hiding somewhere. Her testimony (which incorporates lines from court transcripts) is filmed in an initial profile shot that slowly turns head-on. Deadwyler commands the screen in such a way that her lines feel unified into a single text that demands to be heard.

Mamie’s love for Emmett rises above the corruption of the court, and the camera’s held gaze bears witness to it. Deadwyler closes her eyes as she explains that she could recognize her son’s body even in that terrible state, and the gesture carves out a moment within a moment, capturing the intimacy of maternal love and the unfathomable pain of the experience. Eventually the scene begins cutting back and forth between Mamie and her questioner, but a climactic response jumps out, when she is asked to identify a photo. She responds with matter-of-fact outrage: “This picture is of my son after Mississippi sent him back to Chicago dead.” This is quite literally Mamie speaking truth to power: the bare facts of Emmett’s trip to a segregated state ruled by racist terror and violence. The extended take helps express how Mamie is holding her ground and herself in this hostile space. We can’t look away — and we oughtn’t, as she argued through the public display of her son’s body.

“Saint Omer” — a triumph at the fall festivals and France’s candidate for best international feature at the Academy Awards — also bears witness to shattering trauma, of a wildly complex kind. The writer-director, Alice Diop, adapts the real-life story of Fabienne Kabou, a woman sentenced to 20 years in prison for killing her infant daughter, whom she left to drown on a beach. The film, which opens Jan. 13, is told through the perspective of a novelist, Rama, who obsessively attends the trial, as in fact Diop did.

As the Kabou character, renamed Laurence Coly, Guslagie Malanda maintains a deceptively impassive expression, more like a spiritual exhaustion. Coly herself is still working through her welter of emotions and definitely not ready to give a prepared performance of remorse. (“Some things you can’t be clear about,” she says.) In testimony from her and others, a drumbeat of racist treatment toward Coly emerges, and observers in the courtroom, especially Rama (Kayije Kagame), seem to identify with Coly more than with the prosecution. In a long single take, Malanda as Laurence recounts the night of the baby’s death, in a pained trance.

But Diop lingers even longer on Coly’s attorney, Maître Vaudenay (Aurélia Petit), when she makes her closing statement, an appeal to empathy and female solidarity. The camera stays on Petit in an extended close-up as she speaks with poise but also emotion. The scene gives everyone in the courtroom, and the audience, a moment to breathe, to absorb what they have seen and heard and felt. “Saint Omer” inclines toward processing and understanding, rather than simply “moving on.”

In all of these films, these sustained moments — committed entirely to each woman — foster a kind of direct address that seems to dissolve the screen. What results is an act of trust, reflection and courage, all at once.

‘The Report’ and the Untold Story of a Senate-C.I.A. Conflict