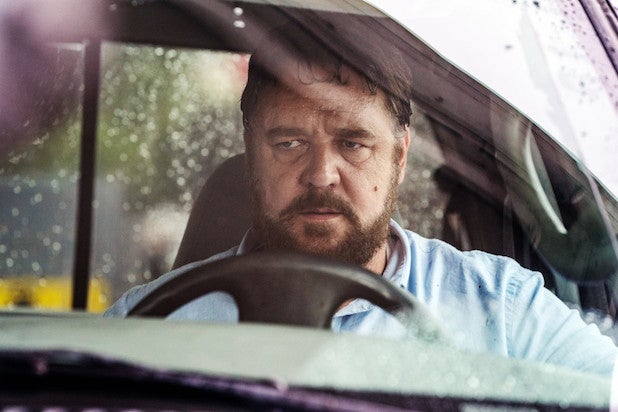 This weekend was an encouraging one for studios and movie theaters as Solstice Studios’ “Unhinged” earned a decent start as the first new release in American theaters since the start of the COVID-19 pandemic while China enjoyed its first blockbuster hit of 2020 with the release of “The Eight Hundred.”

“Unhinged,” which stars Russell Crowe and serves as Solstice’s first release, earned a $4 million opening from 1,823 screens. Considering that more theaters are expected to open over the next two weeks, Solstice expressed confidence that the film would make back its $30 million production budget from North American receipts alone. As chains continue their reopening rollouts, “Unhinged” is projected to expand to at least 2,300 locations next weekend, with “The New Mutants” and “Bill & Ted Face the Music” serving as competition.

While the film had its best performance in Dallas and Houston — expected considering that Texas has encouraged the reopening of theaters — its highest performing theater was the Paramount Drive-In in South Los Angeles. In fact, the top five performing theaters were drive-ins in Los Angeles, the Bay Area, Sacramento and Detroit, where state health officials have yet to allow the reopening of theaters. Demographics were 56% male, 65% White, and 80% over 25.

While “Unhinged” is not an event release on the level of a major Hollywood blockbuster like “Mulan” or “Tenet,” rival distributors have told TheWrap that its performance this weekend is a much needed positive sign after weeks of uncertainty over moviegoer interest in returning to theaters. But that’s nothing compared to how “The Eight Hundred” did in China, earning a staggering $107 million opening weekend despite ongoing theater capacity limits for social distancing.

Chinese theaters have been open for several weeks now, relying on classic film re-releases for incremental rises in weekend numbers. But the Huayi Brothers war blockbuster — the first Chinese commercial film to be shot entirely with IMAX cameras — has become the country’s first hit since the pandemic closed theaters way back in January. The film made $6.7 million from IMAX screenings, giving the format its best weekend since the start of the pandemic.

“The Eight Hundred” tells the true story of a Chinese battalion during the Sino-Japanese War who held off several waves of Japanese soldiers from the Sihang warehouse in 1937. The film was originally set for release last summer with a selection as the opening night film for the Shanghai International Film Festival, but was pushed back to August 2020 following unspecified objections about the film’s portrayal of events from state film censors and the Chinese Red Culture Research Association.

“After being closed for six months, the performance of IMAX theatres at the Chinese box office continues to exceed our expectations and reinforces our belief that audiences are eager to return to theatres where local guidelines allow,” said Rich Gelfond, CEO of IMAX in a statement. “‘The Eight Hundred’ breaks new ground as the first commercial film in Asia shot entirely with IMAX cameras and its strong debut marks a significant step in the rebound of the theatrical business in the critically important Chinese market.”

Peterloo 200th anniversary TODAY: What happened and how accurate is Mike Leigh’s movie?

Harry Potter theory: Voldemort’s Horcruxes were made through CANNIBALISM