After months of waiting The Mandalorian season 2 has finally arrived. The new Disney+ series continues from where it left off, with Chapter 9 including some fun Star Wars: Return of the Jedi Easter Eggs including a couple of big spoiler shocks, so be warned on reading any further. Of course, fans will know The Mandalorian takes place just a few years after the Original Trilogy ended with Episode VI and what a big return we just witnessed.

Firstly, Mando and Baby Yoda found themselves back on Luke’s home planet of Tatooine and in a town called Mos Pelgo.

Star Wars will remember that Boba fell into the Sarlaac pit at the start of Return of the Jedi on that same planet.

But now here’s Cobb, who first appeared in canon novel Aftermath, in his Mandalorian armour. 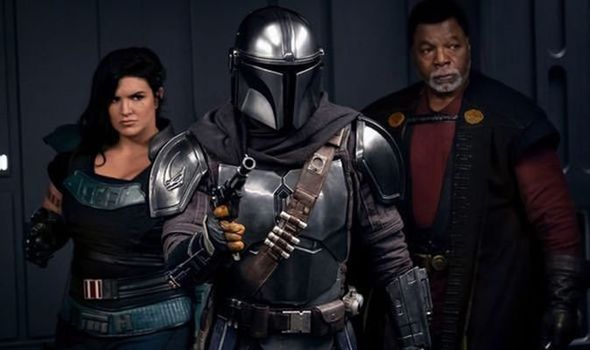 During the episode, Cobb shares that he purchased Boba’s recovered armour from some Jawas.

But then in the episode’s shocking final shot, we see a bald man in the desert who turns around.

And yes, he’s none other than Temuera Morrison, who played Boba’s father Jango Fett in the Prequel Trilogy.

He is indeed playing his son in The Mandalorian season 2, which is particularly exciting for fans.