Casual Star Wars fans might not remember that Luke Skywalker had his hand cut off by his father, Darth Vader, toward the end The Empire Strikes Back.

Back in those days, the idea of a robotic hand or arm was still sci-fi, though very much in use in old retro TV shows like The Six Million Dollar Man. Empire went there by having Luke acquire a cybernetic hand, something making him technically 1% like Vader.

This new hand didn’t affect how Luke used his lightsaber. Some could argue it helped him become more effective as he learned to use the Force. Despite this being canon, a lot of speculation has occurred about why Luke’s robotic hand isn’t seen in The Rise of Skywalker. When seen as a Force Ghost, his right hand became conveniently hidden.

Does it matter Luke didn’t show his right hand in ‘The Rise of Skywalker’? 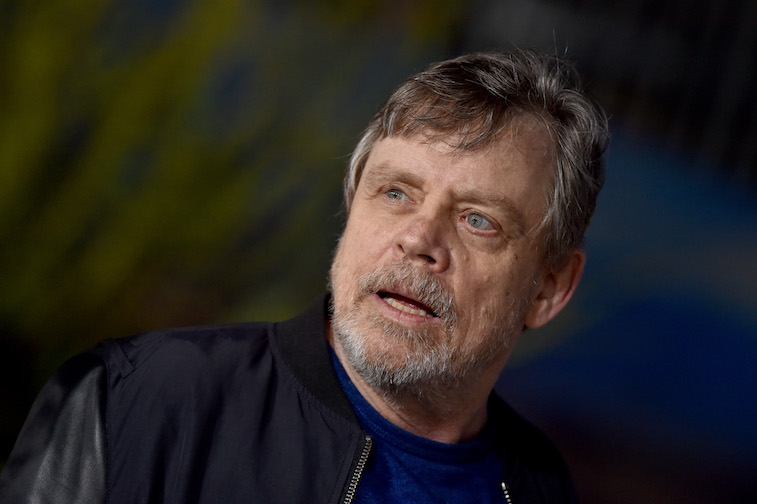 The obsessiveness over details in every Star Wars movie might be annoying to some, but some of those morsels are worth looking at a little closer. Someone posted on Reddit recently saying it took four viewings of the recent movie before noticing Luke (as Force Ghost) hid his right hand in every shot.

Was this done intentionally, or was it just coincidence J.J. Abrams didn’t show whether Luke still had his robotic hand? There hasn’t been any official word yet from Abrams about why Luke’s hand wasn’t shown, though it might have been deliberate to create more online speculation.

Most consensus was Luke’s robotic hand went with him when becoming a spirit. Fans have scoped this out going back to when The Last Jedi first released.

It is worth noting that when Luke dies, his robotic hand doesn’t fall to the ground. Whether it truly became part of the ghostly realms can only be speculated on, outside of Abrams recreating the hand early in the new trilogy.

Back when The Force Awakens came out in 2015, there was a lot of excitement about J.J. Abrams recreating Luke’s robotic hand for the movie. The hand was seen in all its detail during the first two movies in the new trilogy, albeit as a completely mechanical hand rather than human looking as seen in Empire.

Once Luke’s death occurred, speculation started about whether a material device like that could make the transition into spiritual form. Fans are still apt to point out when Obi-Wan Kenobi died at the hand of Darth Vader, his robe was left behind. The same can be said with Yoda during his death.

All logic would say when Luke died, his hand went with him. Rian Johnson said this was a deliberate choice in The Last Jedi rather than any sort of mistake. So why did Abrams decide to hide Luke’s hand behind his robe in The Rise of Skywalker when talking with Rey?

With news the Blu-Ray of the film won’t have a director’s cut, any explanations are likely a long time away.

Will the mysterious hand question be answered?

Speculation about Abrams having his initial cut of The Rise of Skywalker being butchered by higher-ups should give anyone hope a lot of scenes will be fleshed out in the director’s cut down the road. There’s all possibility further scenes with Luke as a Force Ghost would finally give rest to whether material science can become spiritual.

Unless everyone finds out once becoming a Force Ghost, natural limbs grow back. After all, when Anakin Skywalker was seen as a ghost at end of Return of the Jedi, he was all one physical piece again.

Apparently they choose to project based on their self-image, which may reveal Luke let his mechanical hand become real, if still a reminder of his past battles.