He’ll always remember those late afternoons. Shane West and Mandy Moore were early oughts couples goals in the 2002 film A Walk to Remember.

West, 43, played bad boy Landon Carter who falls for the reverend’s daughter, Jamie Sullivan (Moore). In a new interview with Vulture, West opens up about the film, revealing that the chemistry between himself and Moore, 37, lasted long after they yelled “cut.”

“Everyone liked each other. It was the opposite of the movie. Everyone got along and had a great time,” he says of the cast. “And yeah, there was chemistry. I think we [Mandy and I] both had a little bit of a crush, but then we were just there for each other in the most honest and purest of ways. That sounds incredibly corny but is true and rare.”

He also reveals that Moore wasn’t necessarily the first choice for the part.

“I do know, at one point, they may have been talking to Jessica Simpson before Mandy, and I remember thinking that would be very difficult to make happen,” he said. “I remember thinking Mandy, even though I didn’t know her, was perfect for this.” 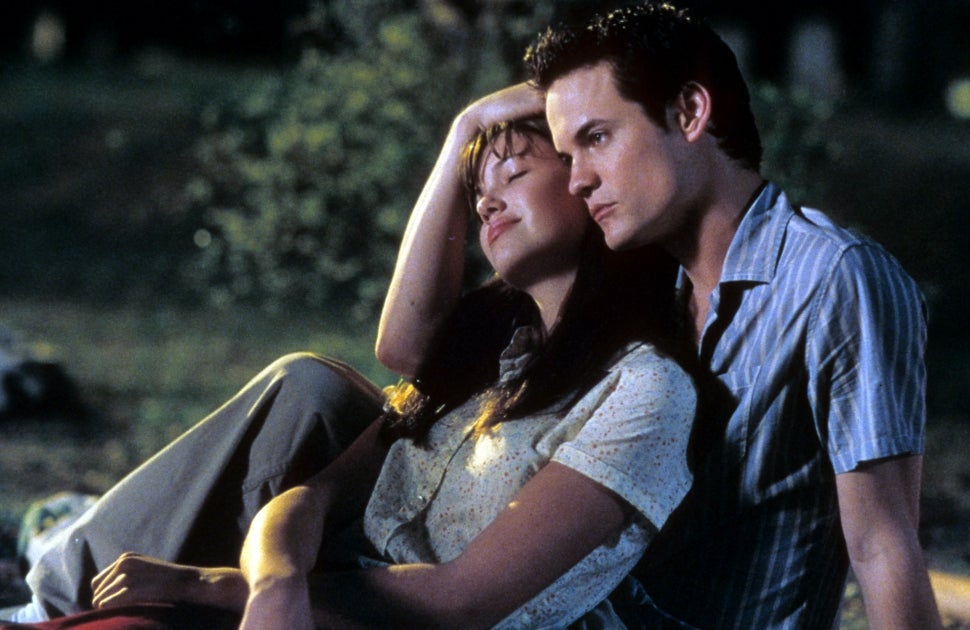 He adds that at the time the brooding bad boy very much matched his off-screen persona.

“That was me. That is another reason why I think I got it,” he recalls. “Most projects, I’ve always tried to find something to draw on, but with Once and Again and A Walk to Remember, it was just extensions of myself.”

One scene in the film that sticks out in viewers’ minds is when Landon gives Jamie a temporary butterfly tattoo on her shoulder. The racy moment was filmed in a car and filled with lots of laughs in between takes.

“It’s hard to not smile when you’re looking at Mandy’s cute, adorable face — to react to that. And it made it easy,” he says. “I couldn’t get that tattoo right. I was screwing it up constantly. There should be outtakes. I don’t think there are — where I peel it off and it’s like a third of a butterfly, or half a butterfly, or it didn’t work at all. Then she starts laughing and then it’s all worthless. So I think the combination of us joking around made the ultimate reveal more of a success.”

For more A Walk to Remember fun, look back at what the cast had to say in 2002 in ET’s flashback below.