You can never have enough of Samuel L. Jackson in a movie. It’s always great to see him cursing and throwing insults, but he’s also a great actor and always delivers a powerful performance. However, in Django Unchained, Jackson may have been exhibiting too much power as director Quentin Tarantino cut some of his scenes to save his character.

Django Unchained is a Tarantino movie starring Jamie Foxx and Christoph Waltz. In the film, Foxx plays Django, a recently-freed slave who teams up with Waltz’s bounty hunter character. The two go on a mission to rescue Django’s wife, Broomhilda (Kerry Washington), from the vicious hands of Calvin Candie (Leonardo DiCaprio), a ruthless slave owner.

On the plantation known as, Candyland, is where we meet Stephen (Jackson). Stephen is an elderly slave who is also the right-hand man to Calvin. He not only tortures the other slave, but he is also the one who told Calvin about Django’s true intentions.

He is a great antagonist and it’s satisfying to see him get his comeuppance at the end. Stephen commits many cruel acts throughout the movie and apparently, we didn’t even see some of them. 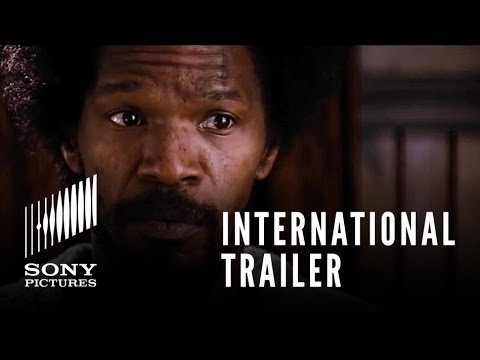 Tarantino wanted viewers to hate Jackson’s character in Django Unchained. However, even Tarantino believed he may have been going too far. In an interview with Vulture, Jackson called Stephen “the most despicable negro in cinematic history.” Jackson explains that some of the things he did as this character were so vicious and brutal that Tarantino cut some of them out of the movie.

“He was like, ‘People hate you enough. I don’t know if I want people trying to kill you on the street,’” Jackson said.

Jackson has worked with Tarantino in multiple movies including Pulp Fiction, The Hateful Eight, and Jackie Brown. Jackson often played violent characters who reveled in gunning people down. However, even Tarantino, who is known for his love of bloody violence, thought audiences would hate Jackson a little too much for what he does.

Samuel L. Jackson believes he deserves an Oscar for his role in ‘Django Unchained’

While Tarantino was worried about the reaction to Jackson’s performance, Jackson is very proud of it. In fact, he believes that he should have won an Oscar for being able to elicit that type of response from an audience. In an interview with Entertainment Weekly, Jackson explained why a performance that makes such an impact should be praised by the Academy.

“Well, the point of that award is that you were an actor in a film who made a dynamic impact on the story with a memorable character,” Jackson said. “And would anyone else playing the part have been as impactful? That should be the question — did you do your job? Yes. Did I make you hate me? Yes. Did I inhabit the character full enough to make you believe that, and make you uncomfortable enough to make you hate me? Yes. And you feel guilty because then you want to see me die. I did what I was supposed to do for that film, which should be the criteria for voting or not voting.”

Jackson has only been nominated for an Oscar and it was for his performance in Pulp Fiction. However, he did recently win an honorary Oscar for lifetime achievement in film.

'Avengers: Infinity War': Why Josh Brolin Had to Stand on Tables While Playing Thanos

‘The Phantom of the Open’ Review: ‘The World’s Worst Golfer’ Wins Laughs