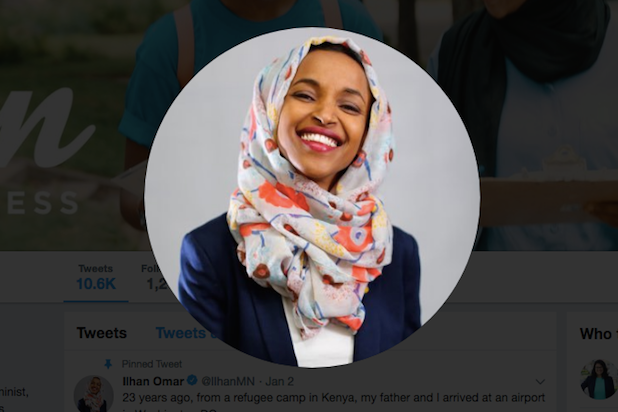 Weeks after a chant broke out at a rally urging President Donald Trump to “send her back” to Somalia, Rep. Ilhan Omar (D-Minn.) on Thursday posted photos of herself in Africa — along with House Speaker Nancy Pelosi.

“They said ‘send her back’ but Speaker Pelosi didn’t just make arrangements to send me back, she went back with me,” the first-term congresswoman captioned two pictures of herself with Pelosi while attending an event in Ghana marking the 400th anniversary of the American slave trade.

Last month, Trump created a firestorm when he tweeted that Omar and three other Democratic congresswomen of color should “go back where you came from” — even though all four are American citizens and only one, Omar, was born outside the United States. (She was born in Somalia and became a naturalized citizen at age 17.

In his series of tweets, the president also suggested Pelosi “would be very happy to quickly work out free travel arrangements!”

Trump’s remarks were also embraced by many of his supporters, as seen during the “send her back” chants during his presidential campaign rallies.

In her Thursday tweet, Omar also wrote, “So grateful for the honor to return to Mother Africa with the [The Black Caucus] and commemorate The Year of Return!”

At press time, president had not yet responded on Twitter.

On Friday morning, he continued his attacks on another nonwhite member of Congress, Maryland Democratic Rep. Elijah Cummings, tweeting, “Really bad news! The Baltimore house of Elijah Cummings was robbed. Too bad!”

The Many Ways of Seeing Agnès Varda