Back in 2004, Mel Gibson’s biblical epic stormed the box office taking over $622 million on a budget of just $30 million. However, despite its success, The Passion of the Christ was met with controversy. Polarised reviews saw some critics praise the film’s portrayal of Jesus’s final 12 hours, while others found the violence too extreme or accused the film of alleged antisemitism.

The Passion of the Christ was even nominated for three Oscars in Best Makeup, Cinematography and Best Original Score.

But since its release, Jesus star Jim Caviezel claims he’s struggled to get Hollywood acting work.

Speaking with Breitbart, the 51-year-old, a man of “outspoken faith”, was asked about a “politically-driven blacklisting” of his career after starring in the biblical epic.

Caviezel said: “I had no choice. I had to defend it. I had to fight to survive.” 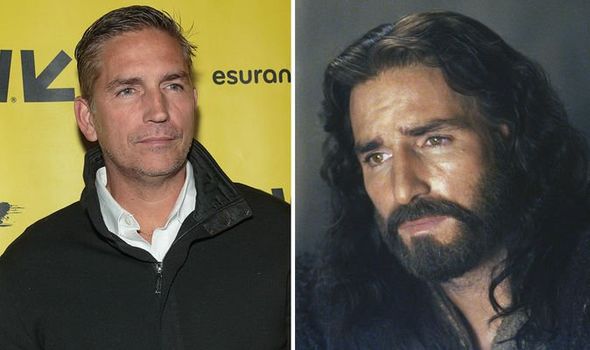 The Jesus star continued: “The film exploded. It was off the charts.

“I was no longer on the studio list. That was gone.

He added: “I didn’t give it to myself, but it’s something in which I have a great range.

Despite the film’s controversies, Passion of the Christ 2 is in the works.

The film will be set directly after the original and focus on The Resurrection, including Jesus’ appearances to his disciples.

Caviezel has teased that Passion of the Christ: Resurrection will be “the biggest film in world history”.

Meanwhile, Passion of the Christ 2’s screenwriter Randall Wallace has given an update on the film too.

He told Movie Web: “It’s something [Gibson and I] talk about a lot. My major in college was religion, and I did a year seminary afterward.

“My major focus of study was the resurrection.”

Wallace added: “That is the Mount Everest of movies and we are in discussions about it a lot.

“It’s a highly-charged one, so we keep our cards close to our chest.”

Of course, recent anti-semitic allegations from Winona Ryder against Mel Gibson over the summer could put Passion of the Christ 2’s future in jeopardy.

However, Gibson strongly denies that he made anti-semitic remarks to her, with his representatives saying they were “100 per cent untrue.”