Matt Palmer is set to write and direct the film 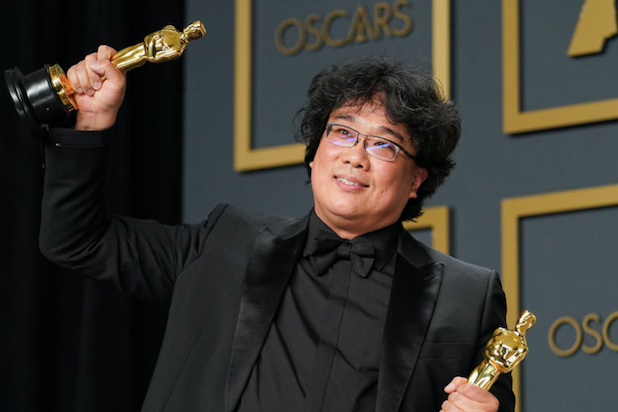 “Sea Fog” will be based on the 2014 Korean film “Haemoo,” directed by Shim Sung Bo and written by Bong and Shim. Their film was adapted from the 2007 stage play by the same name, inspired by a true story. Matt Palmer is set to write and direct “Sea Fog” based on a previous draft written by Oren Moverman.

The 2014 film “Haemoo” centers on a fishing-boat crew on a dangerous commission to smuggle a group of undocumented immigrants from China to Korea.

“I’m absolutely thrilled to be working with one of modern cinema’s most singular and visionary talents, Bong Joon Ho, and with Participant, whose incredible track record in producing deeply inspiring, socially committed cinema for mainstream audiences is unparalleled,” Palmer said in a statement to TheWrap. “These are dream partners to be teaming up with on a project with such unique potential to deliver both nerve-shredding tension and an urgent social message.”

“Participant makes films that explore the realities of our time, and director Matt Palmer reveals people’s true natures by putting them in extreme situations as he did in the superb crime thriller ‘Calibre,’” added Bong. “I can’t contain my excitement and anticipation to collaborate with this team on the newborn ‘Sea Fog.’”

“‘Sea Fog’ touches on the unspoken tragedy often associated with human trafficking,” added Participant CEO David Linde. “We are very excited to join forces with the visionary filmmaker Bong Joon Ho, Matt Palmer, Dooho Choi and Lewis Kim in bringing this incredibly impactful and relevant story to audiences at a time when stories about coming together are more important than ever.”

Participant’s Jeff Skoll and Anikah McLaren are the executive producers.

Palmer first broke out by writing and directing “Calibre,” which was released on Netflix in 2018.

Palmer is represented by WME and managed by 42.

Bong and Choi are represented by WME, and Jonathan Gardner. Bong is managed by Jerome Duboz.

The Young and the Restless: Who is Amanda’s ‘old jerk’?

J.J. Abrams’ Bad Robot Pacts With New Outfit NoneMore to Adapt ‘The Boy, The Mole, The Fox and The Horse’

'Star Wars: The Rise of Skywalker' Ticket Sales on Par with 'The Last Jedi'