No Time To Die may have been delayed again to April 2021, but speculation over who the next James Bond will be continues to be rife. According to Ladbrokes, it’s a “clear three-horse race” between favourite Tom Hardy and two other stars. The Top 3 are all below 12-1 in the race to replace Daniel Craig as 007.

Tom Hardy remains at EVENS but McMafia’s James Norton is just behind on 5-2.

While Superman and The Witcher star Henry Cavill comes in third on 6-1.

A spokesperson for the bookmakers said: “Daniel Craig’s 007 shoes are big ones to fill and punters are seemingly convinced Bond chiefs have now whittled his replacement down to three blockbuster names.”

While Norton has been a favourite for the last couple of years, both Hardy and Cavill have been in the news in recent weeks in relation to them being Bond contenders. 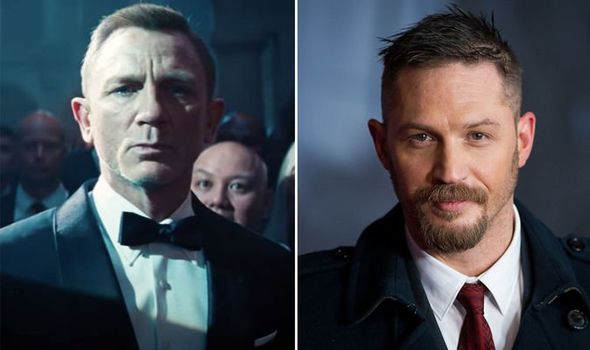 Last month, The Vulcan Reporter reported that Tom Hardy has already been cast as the next James Bond.

The alleged leak, which should be taken with a pinch of salt, read: “While Tom Hardy was expected to be announced as the new Bond in November, this does not seem to be the case anymore due to the coronavirus.

“Nevertheless, I anticipate the announcement to come out this year all the same.

“Early 2021 also seems likely, if No Time to Die gets delayed again.”

Of course, No Time To Die has been delayed as previously mentioned, so who knows what could happen next year.

Meanwhile, Henry Cavill recently told GQ magazine that he would “jump at the opportunity” to play Bond if asked.

The 37-year-old said: “At this stage, it’s all up in the air. We’ll see what happens. But yes, I would love to play Bond, it would be very, very exciting.

“If Barbara [Broccoli] and Michael G. Wilson were interested in that, I would absolutely jump at the opportunity.”

Cavill famously lost out to Craig in the final round of auditions for 2006’s Casino Royale.

Then just in his early 20s, Cavill was allegedly director Martin Campbell’s favoured choice for the Bond origin story.

Although, last year, the Superman star revealed he was fat-shamed by the filmmaker during his Casino Royale audition.

The Bond audition process sees contenders reenact a Sean Connery scene where 007 walks out of a bathroom wrapped in a towel.

Cavill told Men’s Health: “I probably could have prepared better.

“I remember the director, Martin Campbell, saying, ‘Looking a little chubby there, Henry’.”

Nevertheless, Cavill took the comment in his stride, which ended up inspiring him to get his Superman physique.

He added: “I didn’t know how to train or diet and I’m glad Martin said something because I respond well to truth. It helps me get better.”

5 Film Series to Catch in N.Y.C. This Weekend