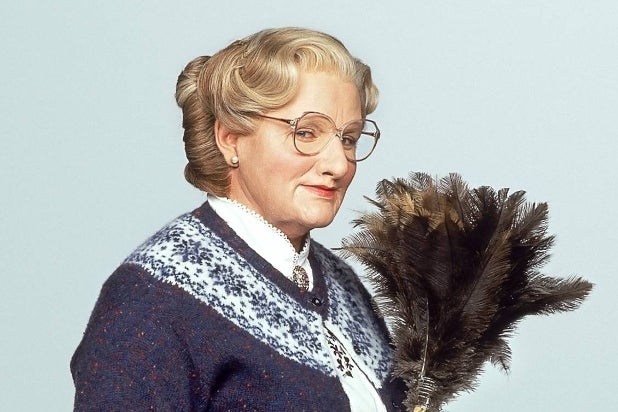 “Mrs. Doubtfire” director Chris Columbus squelched recently resurfaced rumors that the risqué ad-libs of its star Robin Williams resulted in an NC-17 version of the film, but he did confirm that an R-rated cut does exist, in an Entertainment Weekly story published Friday.

Quotes from Columbus in a 2015 interview with Yahoo in which he said there exists PG, PG-13, NC-17 and R-rated cuts of the movie resurfaced and created quite a hubbub on social media Thursday. In that interview, Columbus said that in order to take advantage of Williams’ improvisational gifts, the director used multiple cameras at once — “like shooting a documentary” — so that he could capture the facial reactions of the other actors as they watched the late Williams at work.

“The reality is that there was a deal between Robin and myself, which was, he’ll do one or two, three scripted takes. And then he would say, ‘Then let me play.’ And we would basically go on anywhere between 15 to 22 takes, I think 22 being the most I remember,” Columbus told EW.

The 1993 family comedy centered on a divorced actor, who disguises himself as a chubby, soft-spoken female housekeeper to be with his kids after his ex-wife (played by Sally Field) gets custody.

Because of Williams’ often off-color riffs, the result was, yes, a number of NSFW takes. “He would sometimes go into territory that wouldn’t be appropriate for a PG-13 movie, but certainly appropriate and hilariously funny for an R-rated film. I only [previously] used the phrase NC-17 as a joke. There could be no NC-17 version of the movie,” Columbus clarified.

The really good news for Robin Williams fans is that Columbus said he would be open to the idea of doing a documentary on the making of the film, allowing viewers to see certain scenes re-edited in an R-rated version.

“The problem is, I don’t recall most of it. I only know what’s in the movie at this point because it’s been a long time. But I do remember it was outrageously funny material,” Columbus said.

'Star Wars: The Rise of Skywalker': The Real Story Behind that Shocking Original Trilogy Return

Another MCU Star Wants to Be a Pop Star: 'I Have Another Creative Outlet'