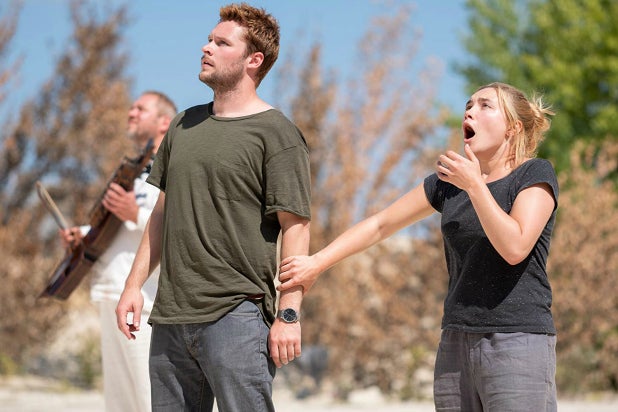 A24 | Photo by Gabor Kotschy

“Midsommar” director Ari Aster isn’t done scaring the daylights out of you just yet — he is currently working on an extended cut of the horror film and said it would be at least 30 minutes longer.

During a Reddit AMA on Thursday, a fan asked the filmmaker whether we’d be able to see the extended cut given that Aster had “said that roughly 1hr 20min was cut from the first version.” In response, Aster said, “Working on extended cut now. Won’t be 1 hr 20 mins longer, but will be at least 30 mins longer.”

Earlier this month, the director told GameSpot that the movie was originally three hours and 45 mins long, and said there was one scene that was extremely difficult for him to cut out of the movie.

“There [was] a very big argument between Dani and Christian in the middle. That was the only time that we see Dani fight back and argue with Christian, and that was a big debate in the edit room, about whether we keep that or lose that,” Aster said. “If you told me that I would have cut that scene before we went into production, I would have told you that you were crazy.”

“Midsommar” follows a group of friends who travel to Sweden to take part in a midsummer festival, but of course, not everything is as it seems as the friends discover the horrifying nature of the festivities. Florence Pugh, Jack Reynor, Will Poulter and William Jackson Harper star.

“Midsommar” is Aster’s follow-up to the horror film “Hereditary,” which received critical acclaim. However, the filmmaker revealed during the Reddit AMA that his next film won’t fall into that genre.

“Next one will either be a zonky nightmare comedy or a big, sickly domestic melodrama,” Aster revealed.

Check out the full AMA here.

Dakota Fanning Wore the Weirdest Accessories in the 'Twilight' movies