Today Disney+ launched two brand new nature documentary films. One is Dolphin Reef, narrated by Natalie Portman and the other is Elephant, with the voiceover of Meghan Markle, Duchess of Sussex. With Prince Harry and his wife now no longer being working Royals, this marks her first acting gig since they went solo, even if she did record it last year.

The 38-year-old’s payment for Elephant was a donation to the charity Elephants Without Borders.

The DisneyNature documentary follows a herd of elephants making a thousand-mile journey.

The animals travel across the Kalahari Desert, with a lot of the footage having been captured in both Zimbabwe and Botswana.

Today Meghan Markle’s narration has received much praise from her fans. 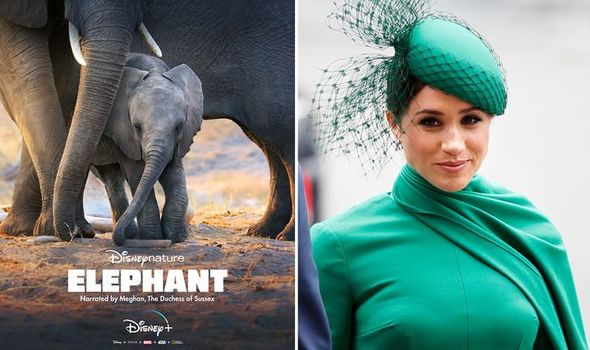 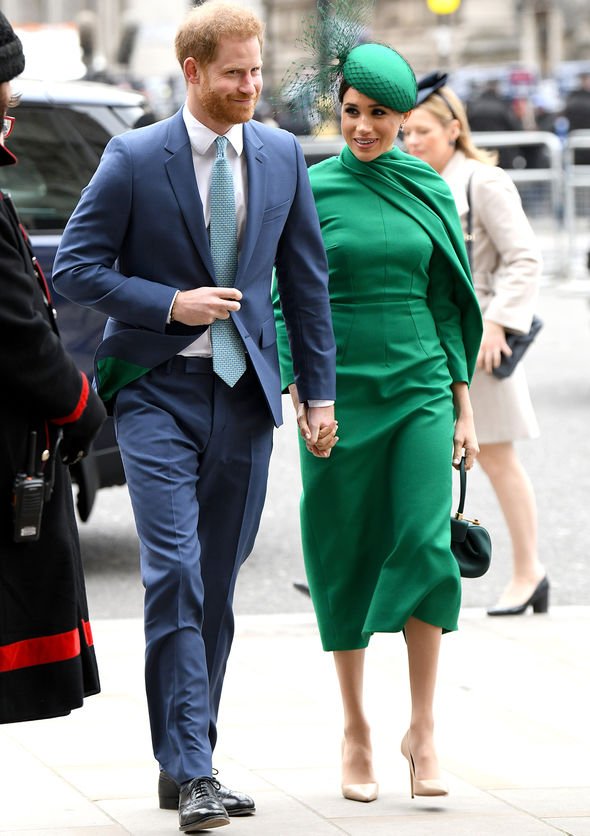 “What a beautiful nature documentary about the life of Elephants.

“Showing beautiful landscapes of Africa, a lot of humans would learn from their incredible characters & family togetherness

“Have to say excellent narration by #MeghanMarkle.” 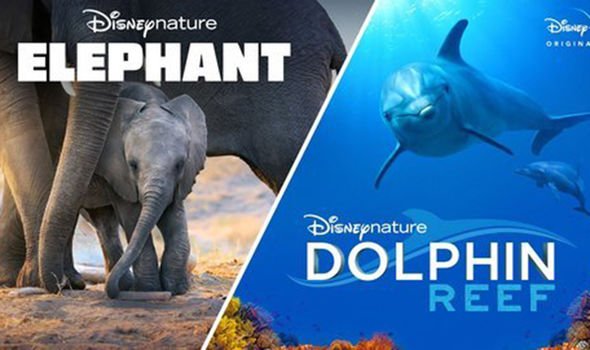 While one commented on her voiceover, saying: “Just started watching and Meghan’s voice is so soothing and natural.

“She’s so awesome. So far, it’s really beautiful and well-told.”

Another fan wrote: “I’m learning so much about elephants while listening to Meghan Markle’s angelic voice.”

And one said: “I am now watching Elephant before I go to work. MEGHAN MARKLE has a nice voice.”

One fan couldn’t wait to finish work to see it and so tweeted: “Disney+ released Elephant today so I am now working alongside Meghan Markle calmly telling me about nature and this is the content I never knew I needed.”

Another added: “If you’re not watching Disney’s Elephant, you’re missing out.”

However, not everyone was a fan, with one critic writing: “Elephant is cringeworthy and feels more like an extended segment of ‘looking through the windows on playschool…

“I don’t think you can point the finger at Meghan Markle, more-so the writers and producers.”

Last year, footage was captured of what appeared to be Prince Harry pitching Meghan as a voiceover artist to Disney boss Bob Iger.

Some fans reckon this is how the Duchess got the gig.

However, this has since been debunked as she had already been approached for Elephant, so presumably, the Duke was telling Iger how good she was.

No doubt Meghan will be providing more for Disney in the coming years.

‘He’s All That’ Review: Much Ado About Nothing