This film from Gabriel Martins follows the dreams of a Black Brazilian family living on the outskirts of Belo Horizonte. 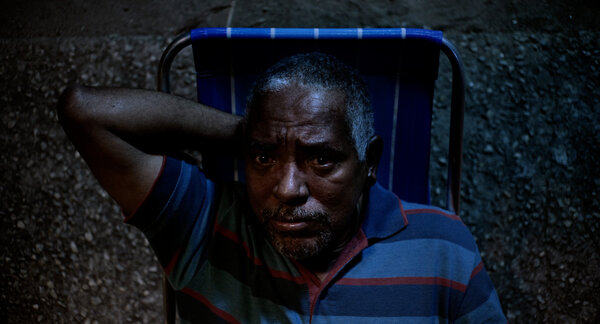 The Brazilian director Gabriel Martins shot his tender-eyed family drama “Mars One” in 2018, shortly after the election of Jair Bolsonaro. Martins intended to hold up the billion-dollar space colonization project as a symbol of hope. Since then, it’s gone bankrupt, and the disillusionment only deepens this film about the struggle to feel satisfied on earth.

Deivinho (Cícero Lucas), a working class kid on the outskirts of Belo Horizonte, yearns to join the Mars One mission. His father, Wellington (Carlos Francisco), a maintenance worker, is all-in on a more lucrative plan to turn his shrimpy son into a soccer star. Deivinho’s sister, Eunice (Camilla Damião), hopes to afford an apartment with her girlfriend (Ana Hilário), while his mother, Tércia (Rejane Faria), a housekeeper, just wants a good night’s sleep after a bomb threat prank that her loved ones wave off as a joke. Though the family members are supportive of each other, the cinematographer Leonardo Feliciano prefers to shoot them in isolation, often from behind as they gaze out at the horizon. (They spend more time staring at the city than the stars.)

Dreams are incubators for dissatisfaction, Martins seems to sigh. He’s not above leaning on cloying music and groaner contrivances to milk empathy. We predict before the characters catch on that Deivinho’s club tryouts will happen on the same day as a Neil deGrasse Tyson lecture. Yet, the film’s emotions are otherwise scrupulously fair — the dad might be blinkered, but he clearly loves his boy.

While Bolsonaro’s victory celebration opens the film, these parents would call themselves contentedly apolitical. Never once do they express jealousy toward their wealthy clients, who include the soccer player Juan Pablo Sorín as himself. Instead, the audience takes up the burden of wanting more for these good people then they’re willing to imagine.

Mars One
Not rated. In Portuguese, with subtitles. Running time: 1 hour 55 minutes. Watch on Netflix.