The iconic actress, who was born Norma Jeane Mortenson, remains an unforgettable figure in popular culture. She starred in at least 35 films including Some Like It Hot, The Misfits and The Seven Year Itch. But away from the cameras Monroe’s personal struggles were abundant and sadly she died from suicide at the age of 36.

During her near 10-year career as a film star, much of Monroe’s life was characterised through her appearance.

Often in films she played “blonde bombshell” characters and was considered a sex symbol by many who watched her on screen.

In one now-famous quote, Monroe discussed the difficulties of being objectified by fans and much of the world.

She said “the trouble” of being considered “a sex symbol” was that the person then “becomes a thing”. 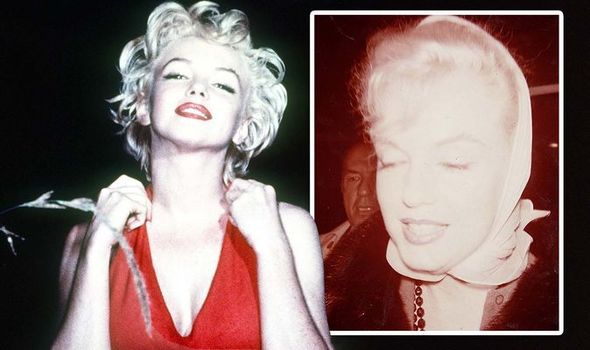 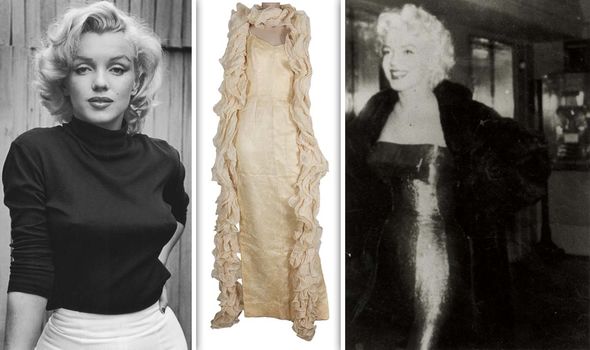 Monroe said she would “hate to be a thing”, however, she seemed to accept the description.

She said: “If I am going to be a symbol of something I would rather have it sex than some other things they have got symbols of!”

Much of Monroe’s life was heavily documented through photoshoots and her films but recently new photographs of the Hollywood star have emerged.

A number of them, which were taken by the public, came to light as part of Gotta Have Rock And Roll’s latest auction.

JUST IN: Marilyn Monroe is haunting lookalike who lives in her home 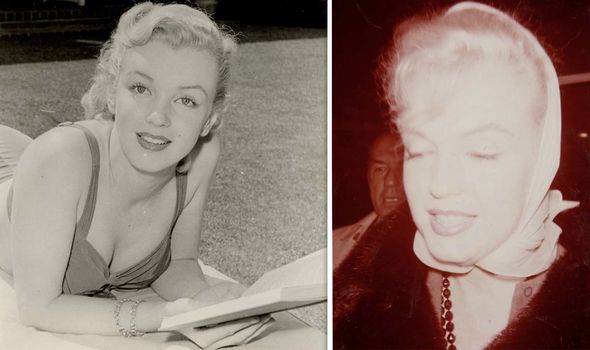 One of them includes a snap of Monroe in the 1960s, where she smiles but actively looks away from the camera and hides her hair with a headscarf.

The piece, which carried an estimate of £720 ($1,000), was described as a “wonderful photograph” by the auction house.

Ed Kosinski, owner of Gotta Have Rock And Roll Auctions, listed this image and several others as “previously unseen”.

He told Express.co.uk: “There are candid photographs of her walking down the street, they have not been seen before by fans. 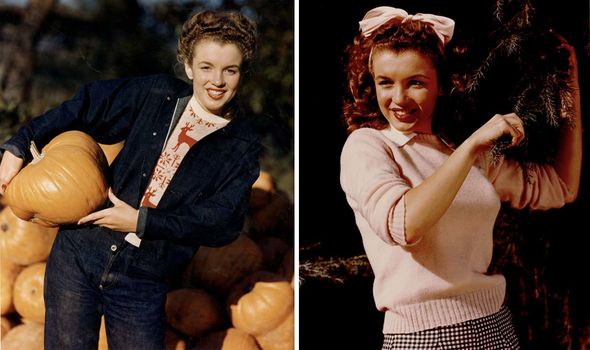 “People love seeing celebs in everyday life and these are just wonderful photographs from a day in the life of Marilyn Monroe.”

Another photograph showed the actress two years before her death in 1962 after she had walked inside a hotel.

Monroe beamed as she stood in the lobby of the venue in Manhattan, New York, which was located on 57th Street and 1st Avenue. 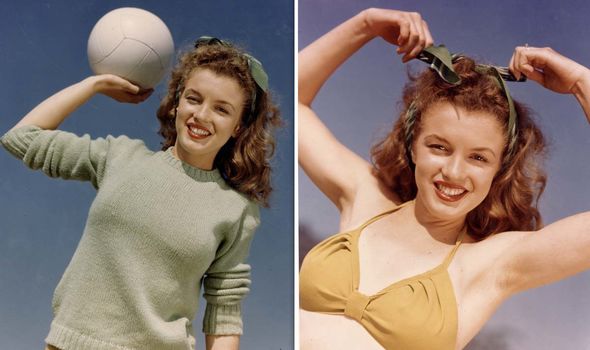 The star, who sported her iconic short-curly hair, wore a sparkly dress and a large coat to cover herself in the snap from December 12, 1960.

Another “very rare photograph” showed Monroe posing in a bikini as she lay reading her book on a sun lounger.

Several other photographs from the 1940s showed Monroe with flowing brunette hair as she posed in a pumpkin patch.

It was claimed she dyed her hair blonde after a modelling agent told her it could help her career.

Other snaps from Monroe’s younger years showed her on a beach in swimwear.

Gotta Have Rock And Roll featured other lots from the Hollywood legend including a white gown and shawl. 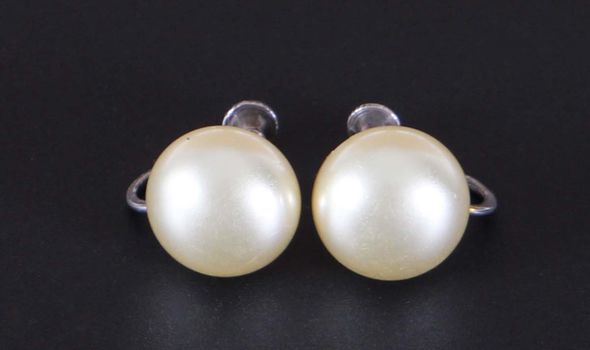 Faux-pearl earrings Monroe wore during her iconic “Last Sitting” photoshoot in 1962 are also up for sale.

The earrings were worn six weeks before her death.

For more information about the Marilyn Monroe lots visit: www.gotthaverockandroll.com.

Do we really need a Hunger Games prequel movie?