A stirring new biographical documentary about the Rev. Al Sharpton revisits a racially divided New York City and offers a critique of the news media then and now. 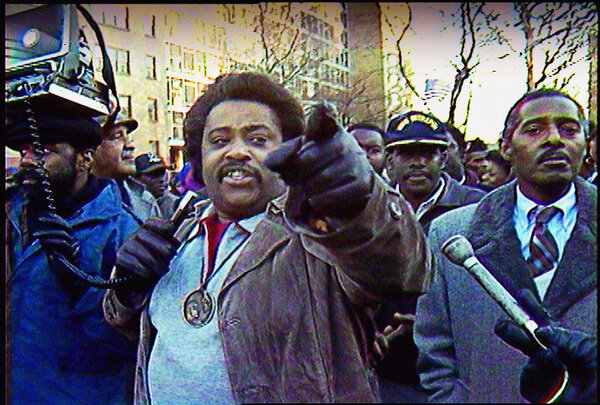 In the sympathetic documentary “Loudmouth,” the Rev. Al Sharpton recounts the time Coretta Scott King admonished him for his rhetorical excesses. The film’s writer-director, Josh Alexander, cuts between the Sharpton of now — svelte, measured — and, using archival footage, the young man he was in the 1980s: rotund, passionate and plying his skills as a preacher to harness the anger and grief of those African Americans gathered at churches, rallies and marches in a time of heightened racial violence.

“Loudmouth” is equal parts time capsule, media critique and authorized biography. Each of those examinations has its own flaws but also offers insights into the man, the moment (the current one but more pointedly New York City of the 1980s and ’90s) and the news media.

Thirty years ago, Sharpton’s dramatic tactics earned him (along with the lawyers Alton Maddox and C. Vernon Mason, who was later disbarred) incendiary headlines and a warm seat on the daytime talk circuit. For Sharpton, who sees himself in the tradition of the Rev. Dr. Martin Luther King Jr., Scott King’s chiding invited a reconsideration of that lightning rod approach. Another epiphany came after he was stabbed in 1991 in Bensonhurst, Brooklyn, while preparing to protest the sentences in the case of Yusuf Hawkins, the Black 16-year-old who was and shot and killed by a white mob in the neighborhood two years earlier.

One of the documentary’s most salient cautions might be that members of the news media were (and often remain) unwilling to cop to their biases. Sharpton has spent a lifetime calling the storytellers out for their slant — and schooling us to do the same. As straightforward as it appears, “Loudmouth” also invites an engaged but necessarily judicious scrutiny.