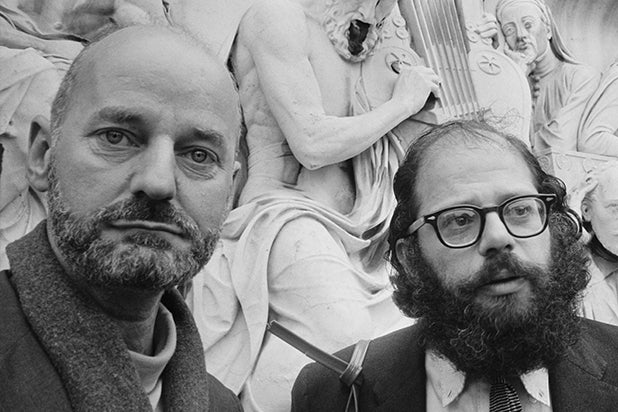 Lawrence Ferlinghetti, the poet and bookseller whose San Francisco store City Light Books was the nexus of the Beat movement in the 1950s and ’60s, died Monday at age 101.

He became famous as the publisher of Beat Generation figures like Jack Kerouac and Allen Ginsberg and famously stood trial in 1957 on obscenity charges for publishing Ginsberg’s anti-establishment poem “Howl.” In a major victory for First Amendment rights, he was acquitted on charges of “willfully and lewdly” printing “indecent writings.”

Born in Yonkers, New York, Ferlinghetti served in the U.S. Navy in World War II, and then earned a graduate degree at Columbia University. After spending time in Paris, he settled in San Francisco in 1951 and co-founded City Lights two years later as a kind of salon for the growing community of artists and poets flocking to the city in the post-war years.

An accomplished painter and poet himself who sold more than 1 million copies of his verse, Ferlinghetti soon became known as a publisher and champion of a new wave of writers who became leading figures in the Beat movement. In addition to Ginsberg, he published works by Jack Kerouac, William S. Burroughs, Gregory Corso and many others.

Ferlinghetti described himself as less of a Beat and more of a patron and mentor to the counterculture figures associated with that banner. “In some ways what I really did was mind the store,” he told The Guardian in 2006. “When I arrived in San Francisco in 1951 I was wearing a beret. If anything I was the last of the bohemians rather than the first of the Beats.”

But he remained a leading light of the avant-garde. In his 2019 stream-of-consciousness novel “Little Boy,” he asked, “Am I the consciousness of a generation or just some old fool sounding off and trying to escape the dominant materialist avaricious consciousness of America?”

The most anticipated new TV shows premiering in September