Say hello to Mr. and Mrs. Gucci! Lady Gaga shared the first look at her upcoming movie, House of Gucci, on Tuesday.

The singe turned actress posted a photo of herself in a dark wig with a fur hat, while wearing an elegant black ensemble with gold and pearl accessories. She is seen with Adam Driver, in a knitted beige cardigan, white pants, matching jacket tied around his waist, and glasses. The two are cozying up while in a snowy setting.

Driver stars as Maurizio Gucci, while Gaga is his ex-wife, Patrizia Reggiani. Directed by Ridley Scott, the film follows the true story of the downfall of the Gucci family and the assassination of Maurizio, the former head of Gucci fashion. The two are currently filming in Rome.

Patrizia was tried and convicted of orchestrating her husband’s 1995 murder after he left her for a younger woman. She served 18 years in prison, and was nicknamed Black Widow, before her 2016 release. This is Gaga’s first film since A Star Is Born.

The star-studded cast also includes Jared Leto, Al Pacino, Jack Huston and Jeremy Irons. Leto recently opened up about working with Gaga and the rest of the cast.

“The one and only Ridley Scott is directing — one of my favorite directors ever — with a cast that I’m blown away to be a part of,” Leto teased. “There’s Lady Gaga, or as I call her, Lady Guhgah — the queen herself and just a terrific creative person and great actress. Adam Driver’s in the film, again just a phenomenal actor. Al Pacino, Jeremy Irons and on and on. It’s the story of Gucci — which I didn’t even really know, and I’ve worked closely with Gucci for many years now. It’s a wild one.”

When asked if he and Gaga would ever musically team up, Leto said, “We’re probably, the both of us, so buried with the work in front of us, the guitar is getting lonely over there. I picked it up but I felt like I was cheating a little bit on my character work and we’re in full prep mode right now.”

Just last week, Gaga was spotted in an elegant white suit with a black top while out in the city. 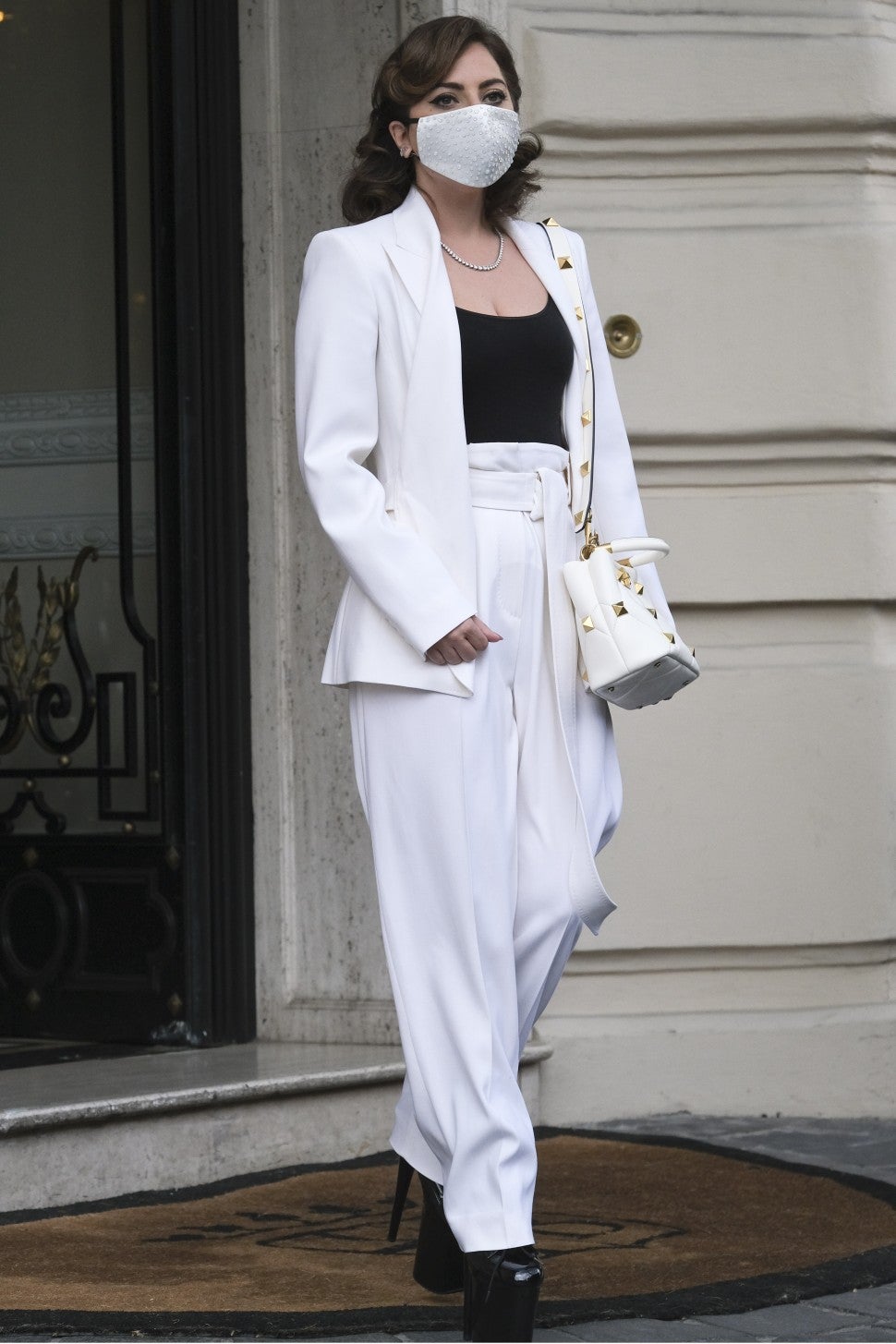 Gaga, meanwhile, was recently in the headlines after her close friend, Ryan Fischer, was shot while walking three of her dogs. Two of them were kidnapped, while one was able to slip away. The two dogs have since been found, while Fischer is recovering.

See more on the incident in the video below.